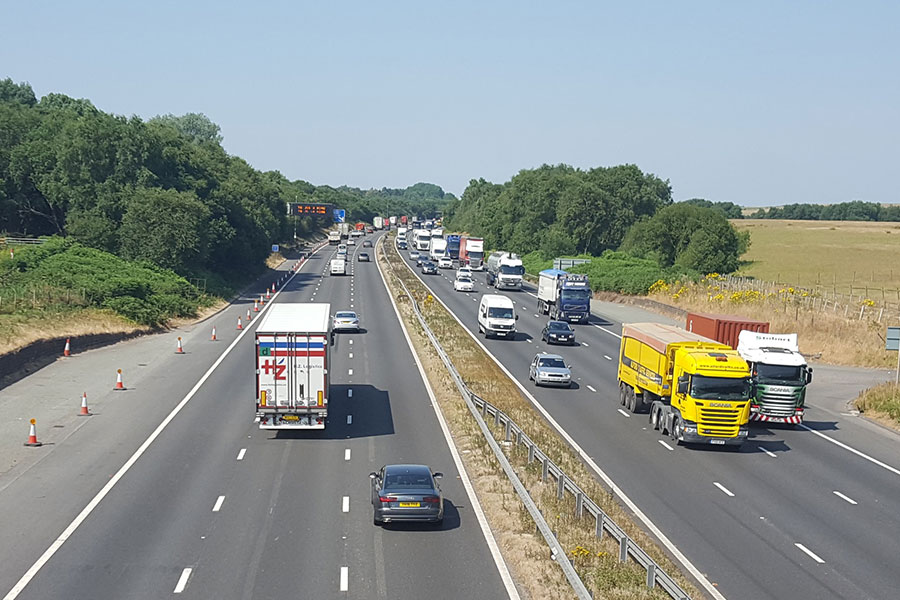 A photo of the M62 near Eccles, where work will start on a new smart motorway this summer

Drivers in the North West are being promised over 100 miles of extra lanes on the region’s motorways to tackle congestion and improve journey times.

Four new smart motorway schemes, worth around £500 million, are due to start construction work within the next 18 months.

Contractors for Highways England will begin work on the first one later this summer – on a 9-mile-stretch of the M62 which links the M6 near Warrington to the M60 near Eccles.

Drivers have already been able to use over 10 miles of extra lanes on the M62 near Rochdale since December last year, and a stretch of smart motorway has also been completed on the M60 near the Trafford Centre.

The final temporary narrow lanes were removed earlier this week on the Manchester smart motorway scheme, and more than 200 electronic signs are due to be switched on later this month on a 9-mile-stretch of the M60 between Trafford Park and the M62/M66 interchange at Simister Island.

“Smart motorways have been proven to be effective at tackling congestion, with the smart motorway on the M62 in West Yorkshire saving commuters an average of 30 minutes each week.

“We’ll be starting work on four new smart motorways in the North West over the next 18 months and will do everything we can to keep disruption to a minimum, including only closing parts of the motorway overnight when traffic levels are much lower.“The North West’s new smart motorway routes will provide over 100 miles of extra lanes benefitting the hundreds of thousands of drivers who use our motorways every day for commuting, business and leisure.” 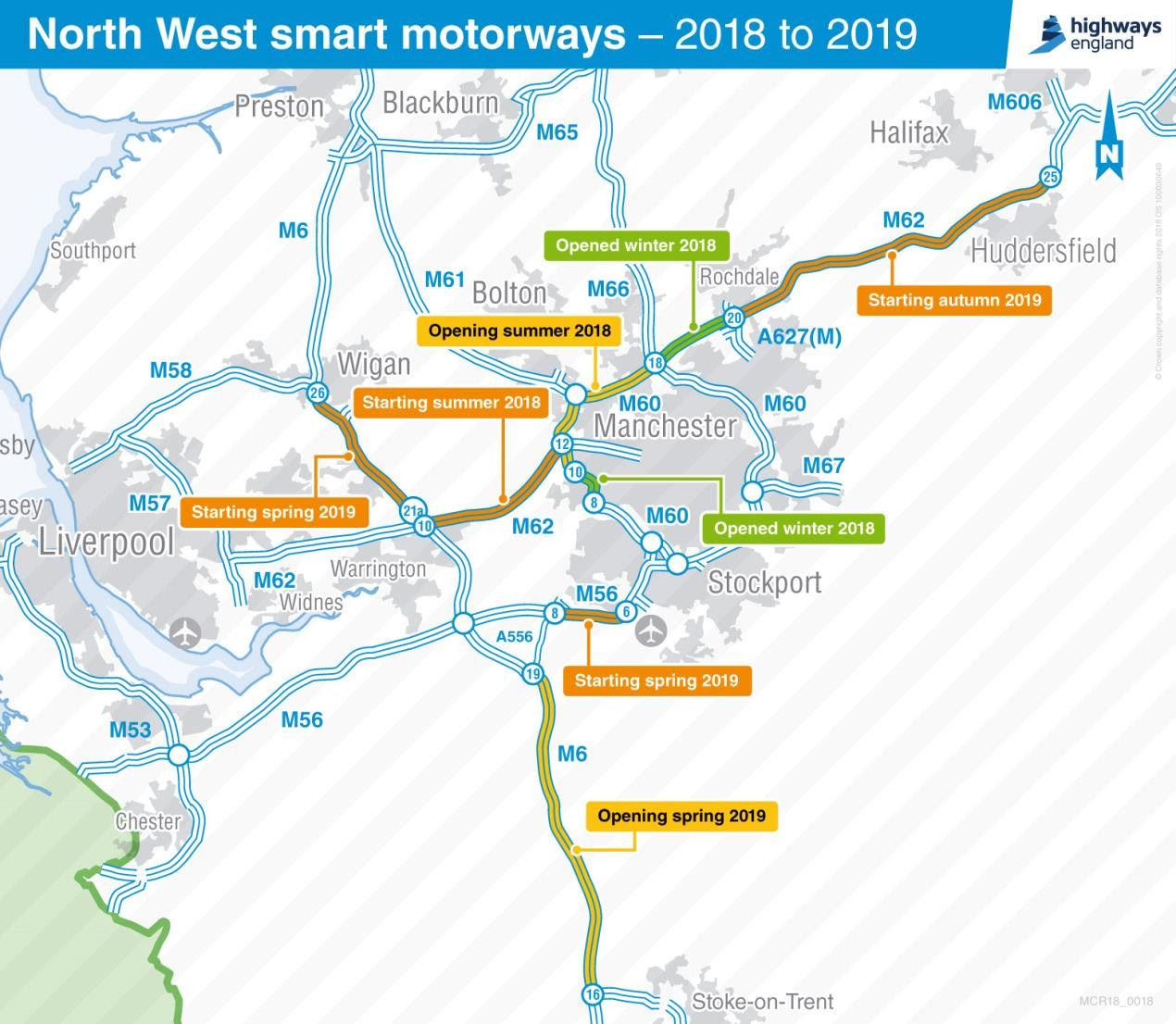 Smart motorways use the latest technology to monitor traffic levels so that variable speed limits can be automatically set on overhead electronic signs to keep traffic moving at a steady speed.

The hard shoulders on each new smart motorway route will be converted into permanent extra lanes and new emergency areas will be created for drivers to use if they break down.

New CCTV cameras will also provide 100% coverage of the routes and Highways England will be able to display red Xs on overhead signs to close any lane, allowing its traffic officers and the emergency services to get through.

Construction work will begin on a 3-mile stretch of the M62 near junction 12 this summer. Temporary narrow lanes will be introduced to allow contractors to work at the side of the motorway, and a 50mph speed limit will be needed for the safety of drivers and workers.

The roadworks will be gradually extended to junction 10 by the autumn and the smart motorway scheme is due to be completed by spring 2020.

Variable speed limits will also be introduced between junctions 10 and 18 on the M60 later this summer when the remaining section of the North West’s first smart motorway goes live. The speed limit will remain at 50mph until then while the new technology is being fine-tuned.

Overnight resurfacing work will continue into the autumn on parts of the M60 once the smart motorway is operational. This work will take place at night so that the route can remain fully open with no impact on drivers during the day.

Drivers can find out more about the work being carried out to complete the Manchester smart motorway upgrade in a new YouTube video at https://youtu.be/mb7GMCecZXM.

Others schemes taking place in the North West include a 20-mile-stretch of smart motorway on the M6 in Cheshire where construction work is due to be completed by spring 2019, providing 40 miles of extra lanes for drivers.

Finally, a new 19-mile smart motorway will be created over the Pennines on the M62 between Rochdale and Brighouse. The route will link up with other schemes on the M62 to create almost 60 miles of smart motorway between the North West and Yorkshire, with construction work due to start in autumn 2019.

More details on driving on a smart motorway are available at https://www.gov.uk/guidance/how-to-drive-on-a-smart-motorway. 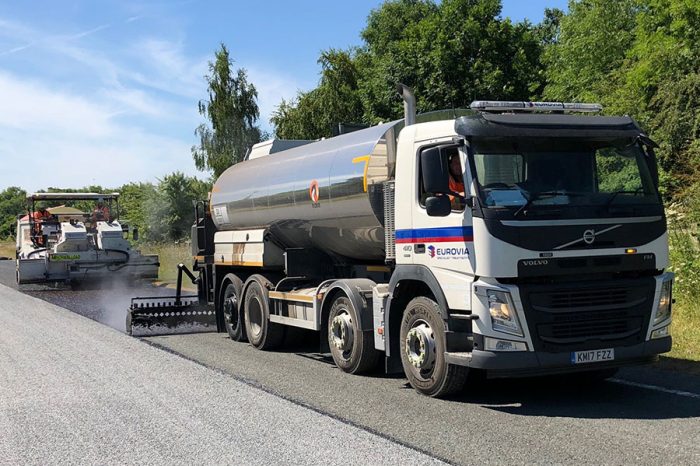 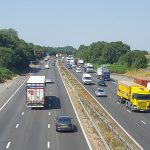