Work to build a new road link over the M56 in Runcorn is set to start in the spring.

Highways England says that the £23million bridge project will support communities and businesses for decades to come.

The A533 Expressway bridge is a vital connection for people living and working in the Runcorn area, with the communities of Brookvale and Murdishaw on one side of the motorway and Whitehouse Industrial Estate at Preston Brook on the other.

Highways England is writing to people with homes and businesses on both sides of the M56 between junction 11 and junction 12 to give them a draft timetable for the project to replace the current Southern Expressway bridge, which carries the A533 over the motorway.

Highways England project manager Tristram Bardrick said: “We have been working behind the scenes for a while carrying out surveys in the area and drawing up plans to start the work.

“We are now at a stage where we can talk about timescales and give people some more detail of the work we will be doing over the next 18 months or so.

“Our key aim throughout will be to minimise disruption to users of the A533, the existing bridge and the motorway.”

As well as providing vital connections over the M56, the Expressway is important to the wider Halton borough area, linking road users with the Jubilee and new Mersey Gateway bridges and Widnes across the River Mersey.

Highways England will keep the existing bridge open while installing the new one, some six metres further along the motorway towards junction 11.

The existing 70metre span bridge has reached the end of its life and will be replaced with a new two-span structure which will include cycle and pedestrian facilities.

As part of the efforts to minimise inconvenience to users of both the M56 and A533, the main concrete bridge deck will be constructed in a nearby compound then moved and lowered into place over the M56.

This will be done during a weekend-long closure of the motorway in the autumn ready for opening in spring 2022.

Only once the replacement bridge has been opened to traffic will the existing structure be closed and demolished.

Highways England is aiming to run some public information events before preparation work starts in the spring, with main construction set to start before the end of next summer.

Original source article: https://www.runcornandwidnesworld.co.uk/news/19001582.work-build-bridge-m56-runcorn-start-spring/
Author:  Nathan Okell
Disclaimer: This article was not originally written by a member of the HighwaysIndustry.Com team. 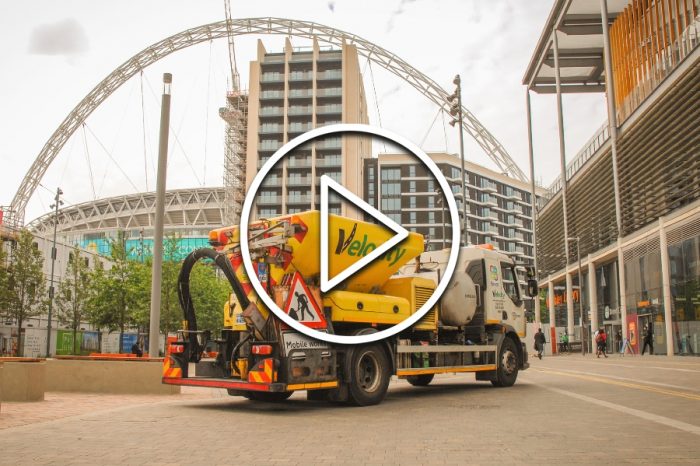