Smart motorways have existed in the UK since 2002, but it’s not until the last month they have really become a public talking point.

At the beginning of November there were calls to the halt the introduction of ‘all lane’ smart motorways until their safety was properly ensured.

The schemes use the hard shoulder as a permanent live traffic lane to increase capacity, but those opposed to it say this has caused further deaths on roads.

A spokesperson for LeaseCar.uk said: “Successive governments have started to roll out smart motorways across the UK, while issues with traffic congestion seem to grow year on year.

“Many British motorists don’t fully understand the new technology and how or why it is used.

“We think it is useful to highlight some aspects of driving on a smart motorway to help give Brits greater knowledge of these roads and enjoy quicker and safer journeys.”

What are the 4 top tips for driving on smart motorways?

Smart motorways seek to increase road capacity without costly and lengthy widening roadworks. One way they aim to achieve this is to temporarily open the existing hard shoulder to all traffic, shown by a speed limit sign above the lane – but no digital information display above the road means normal hard shoulder rules still apply.

If the hard shoulder has been permanently converted into an extra lane, this will be visually clear and marked by a broken, rather than solid, surface lane line.

Smart motorways use variable speed limits – displayed on the overhead gantries at regular intervals – to manage congestion during busy periods and if there is an accident or obstruction.

Drivers must follow the digital signs displaying the maximum speed allowed in red circles or be fined for illegally speeding.

Motorists are being reminded the usual national speed limit of 70mph only applies on smart motorways if an alternative number is not shown.

Sometimes the speed limit will be reduced to smooth the flow of traffic and combat stop-start shockwave jams. This will be enforced by overhead speed cameras that operate on smart motorways throughout the day.

A red ‘X’ displaying above a lane, meanwhile, indicates it is closed and drivers must always exit this lane as soon as it is safe to do so.

Reasons for lane closures range from accidents, breakdowns and emergency service use to debris, pedestrians or animals in the carriageway.

Motorists need to learn how to respond to this situation quickly or face potentially imminent danger.

Drivers experiencing an emergency themselves on a smart motorway, such as a breakdown, should try to leave at the next junction, or if that’s impossible move to the nearest safe space.

If the hard shoulder is being used by regular traffic, then such safety can be sought in emergency refuge areas (ERAs) that are spread out along the motorway. These look like small lay-bys and contain an orange SOS telephone to contact road managers.

Vehicles that are unable to reach an ERA should move as close to the nearside (left hand) verge as possible.

Drivers need to remember, in all cases, to turn on the hazard warning lights and only exit the vehicle, to seek shelter behind the safety barrier, if it is safe to do so.

Those who remain stuck in their vehicles on the carriageway should stay belted-up and ring 999 on their mobile phone, allowing the police to instruct the regional traffic control centre to close the necessary lanes whilst assistance is sent.

Original source article: https://www.newsandstar.co.uk/news/national/uk-today/19711016.4-top-tips-driving-safely-smart-motorways/
Author: Carlo Simone
Disclaimer: This article was not originally written by a member of the HighwaysIndustry.Com team. 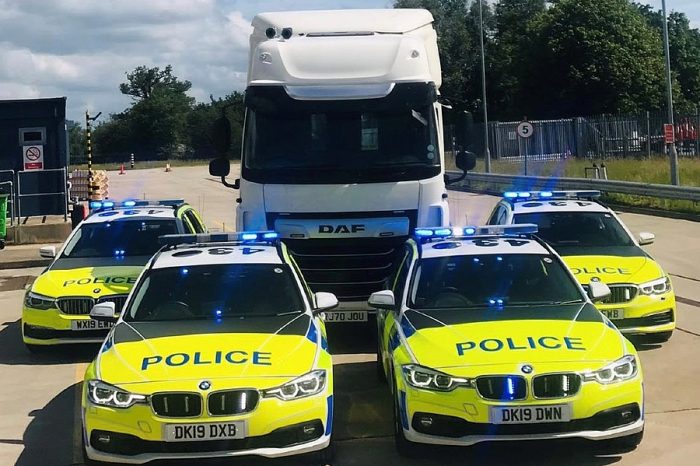