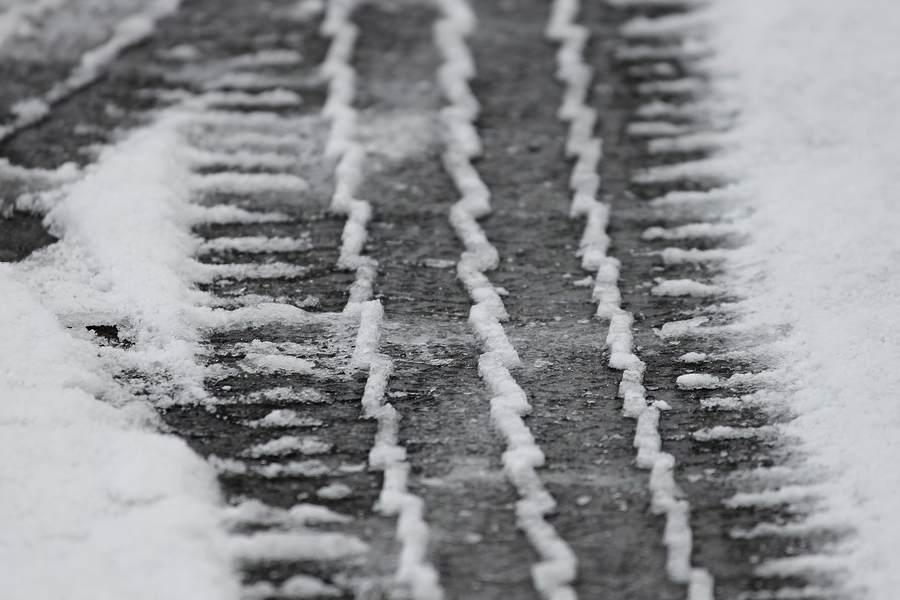 Meanwhile, hundreds of schools are shut for a second consecutive day as an Arctic freeze continues to engulf Britain.

The Met Office has issued a yellow snow and ice warning covering northern Scotland and north-east England from midnight on Tuesday until noon on Thursday.

There is also an ice warning covering much of the South East, including London and Brighton until 11am on Tuesday.

Met Office spokesman Oli Claydon said there will be heavy snow in some places again on Tuesday.

‘Coming into force at midnight tonight all the way through to lunchtime on Thursday, (there is a) large snow and ice warning covering the North East of England, the whole sort of northern portion of Scotland, as well as the Highlands and islands,’ he said.

He said there could be ‘as much as 15 to 20 centimetres of snow accumulating over high ground’.

Mr Claydon said northern Scotland could record even colder temperatures on Tuesday after breaking the record for the coldest night of the year on Monday.

‘In terms of temperature, we could see another very cold night, especially in parts of Scotland where we’ve got that lying snow,’ he said.

‘We saw minus 15C last night. We could see similar or potentially even colder tonight under clear skies with that snowfall lying in some places.

‘So a very cold night there but also broadly very cold across the whole of the UK, with widespread freezing conditions.’

Last night, hundreds of people braved freezing temperatures to attend a candlelit vigil for the three children who died after falling through ice into a frozen lake in Solihull, the West Midlands.

Floral tributes, balloons, soft toys and lighted candles were left by mourners at a vigil held in Kingshurst, near Birmingham, on Monday.

Three boys aged eight, 10 and 11, who fell through the ice into Babbs Mill lake, died, while a fourth boy, aged six, remains in a critical condition in hospital.

West Midlands Police said nobody else had been reported missing despite initial reports up to six people could have fallen into the water.

Commuters faced another day of travel chaos on Tuesday as large parts of the UK were hit by ice, fog and snow.

Drivers are being urged to avoid the roads where possible – as slushy snow turns to ice – creating potentially ‘lethal’ conditions.

Many local roads will be worse before they get better as a result of bitter weather predicted over the next few days.

The AA has experienced a 135 per cent surge in the number of people calling for advice after a crash over the weekend compared with the same time last year, The Times reports.

Rod Dennis from the RAC said their teams were ‘exceptionally busy’ on Monday, helping more than 7,500 motorists with breakdowns.

He added that this was 50 per cent more than what they would see on a typical Monday in December.

The Met Office provisionally recorded the coldest night and day of the year on Monday.

Braemer, in Aberdeenshire, was the coldest place in the UK, recording a low of minus 15.7C and a high of minus 9.3C, the lowest minimum temperature since February 2021 and the lowest maximum in 12 years.

The five next coldest temperatures all recorded in Scotland, including minus 13.1C at Balmoral.

Councils are reported to be using agency drivers to operate snow ploughs and ice gritters due to a national shortage of HGV drivers.

The Local Government Association reports that 1.4million tonnes of salt are being stored by local authorities ready to for roads this winter.

In Hertfordshire, the M25 came to a screeching halt after heavy snow led to cars being stranded and HGVs to jack-knife.

Up to 25 gritters were at work on the M25 at any one time on Sunday night according to National Highways, spreading 960 tonnes of salt and over 180,000 litres of antifreeze on the road surface.

Heathrow Airport cancelled over 300 flights on Sunday night, while easyJet said it was doing ‘all possible to minimise disruption for our customers’.

The coming days will see a spate of strikes in the rail industry from RMT and other unions, with fears it will push commuters to use dangerous roads.

RAC spokesman Rod Dennis said: ‘We’re expecting hazardous road conditions to continue into Tuesday following a major refreeze overnight. Those who have to use more rural roads that haven’t been gritted will need to exercise great care, delay or even abandon their plans.

Original source article: https://www.dailymail.co.uk/news/article-11531483/Britain-faces-day-travel-chaos-drivers-warned-lethal-icy-roads.html
Author: ELLY BLAKE
Disclaimer: This article was not originally written by a member of the HighwaysIndustry.Com team. 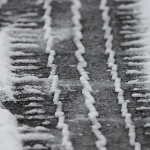