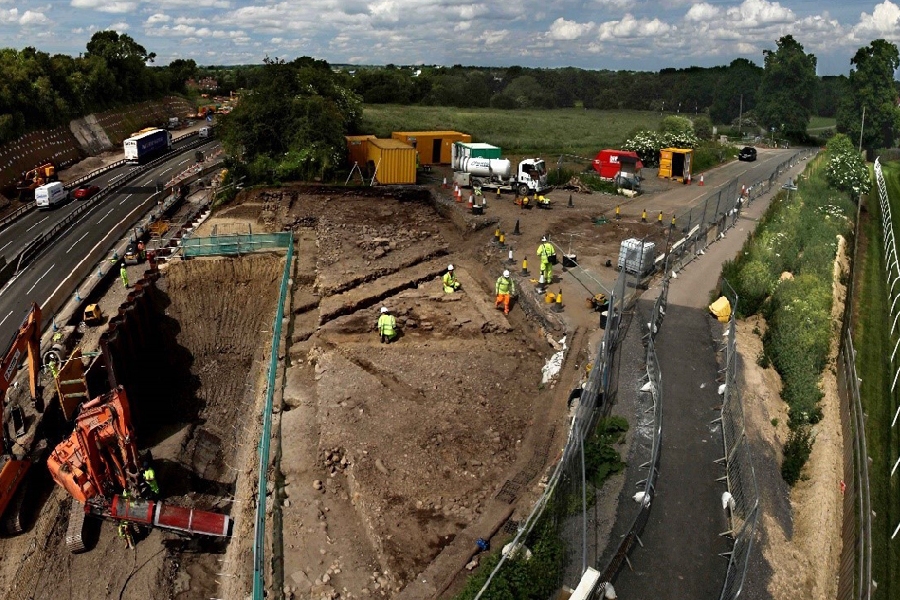 Final archaeological findings, as part of a major road upgrade in the north of England, have unearthed remains that cast new light on the Roman history of the region.

The concluding research, which focuses on Cataractonium – a Roman fort and town that has since evolved into Catterick, North Yorkshire – charts discoveries as part of Highways England’s £400m A1 Leeming to Barton upgrade.

More than 62,000 objects have been recovered from the town, which have provided rare insights into the civilian and military population, along with 2.8 tonnes of animal bone and 2.5 tonnes of pottery.

The finds include many rare and exotic items imported from the Mediterranean and North Africa, including the earliest pistachio nut known in Britain, incense burners, ivory bracelets, and a carnelian intaglio depicting Hercules and the lion that would have been set into a finger ring.

Other discoveries include a carved phallus on a reused bridge stone, a brooch depicting a hare, and an Anglo-Saxon dog burial. 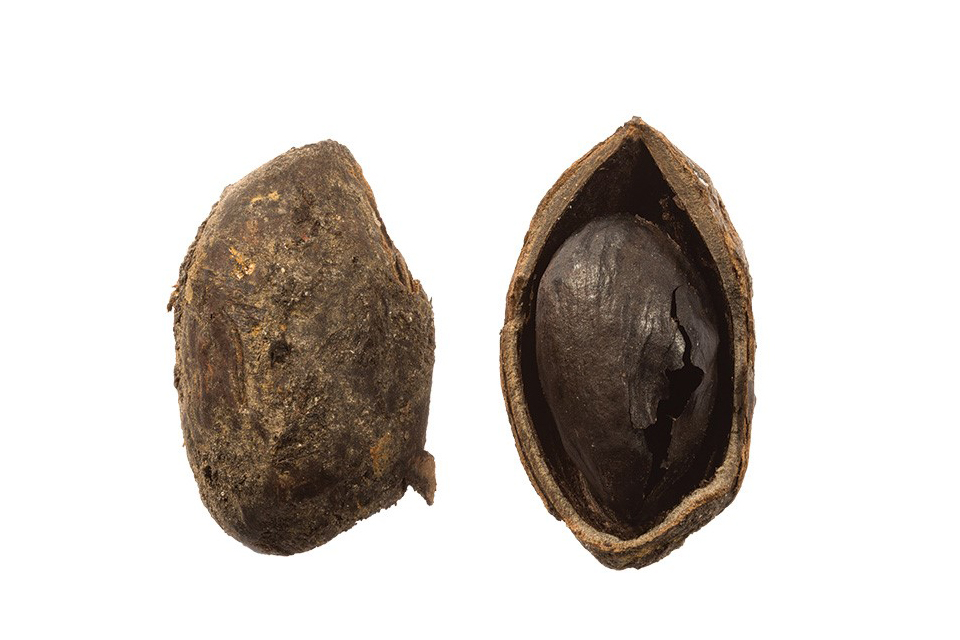 The excavation of a late 1st-century well at Fort Bridge yielded a wealth of well-preserved organic finds, including the earliest pistachio nut known in Britain.

Staff from Northern Archaeological Associates (NAA) spent more than three years investigating remains exposed during construction, shedding light not only on previously known Roman sites, but also revealing unknown ones, such as a roadside settlement at Scurragh House, identified 3.5km north of Cataractonium, together with the remains of its agricultural hinterland, and a nationally important Roman contact-period site at Scotch Corner.

At Cataractonium, the finds represent the civilian and military components of the town. Analysis of these objects, along with the deposits from which they were recovered, have been used to tell the story of this important area which was likely occupied by Romans from the AD70s until the late 4th or early 5th century.

Liam Quirk, Highways England project manager of the A1 Leeming to Barton project, which completed in 2018 said:

“By commissioning experts and working closely with the country’s heritage bodies and local authorities, we can ensure knowledge is conserved, our understanding of the past is enhanced and the archaeological findings are available for everyone now and in the future.

“We are proud to be able to contribute to the knowledge of the past through our funding of the archaeological work and we are delighted to have been able to add to the understanding of Roman settlements like Cataractonium and preserve the history of Yorkshire.”

The finds from the excavations are now held by the Yorkshire Museum in York, where the artefacts will be kept, displayed as appropriate and made available for future research and learning.

“NAA is delighted to be able to work with Highways England and AECOM on such prestigious archaeological projects for national infrastructure schemes. We are thrilled to present the stunning results of our excavations at Cataractonium in such a lavish monograph, and free to use so that as many people as possible can access it.”

“This brings to completion 17 years of integrated archaeological and engineering work on the A1. Working with both the engineering and construction teams, we have designed the scheme to minimise impacts on the archaeology where possible, with excavation where it wasn’t. There have been some fantastic discoveries during the archaeological work, which have greatly enhanced our archaeological knowledge.”

“The publication of the volume detailing the results of the works at Cataractonium is the final of three major volumes detailing the remarkable archaeological excavations carried out for Highways England’s upgrade of the A1 between Leeming and Barton in North Yorkshire.

“The archaeological works undertaken at Cataractonium represent some of the most significant excavations undertaken of a Roman town, and have hugely increased our understanding of the development of the site.

“The remains also tell the story of the people who lived in and around the town that developed alongside the Roman fort, and represents a wonderful link with the modern-day settlement that has developed because of the military camp at Catterick.

“The works have also added to our understanding of the Roman road known as Dere Street, which the A1 follows in this area, with evidence of Roman improvements to the road network mirroring the current commitments of Highways England to improve this key piece of infrastructure.” 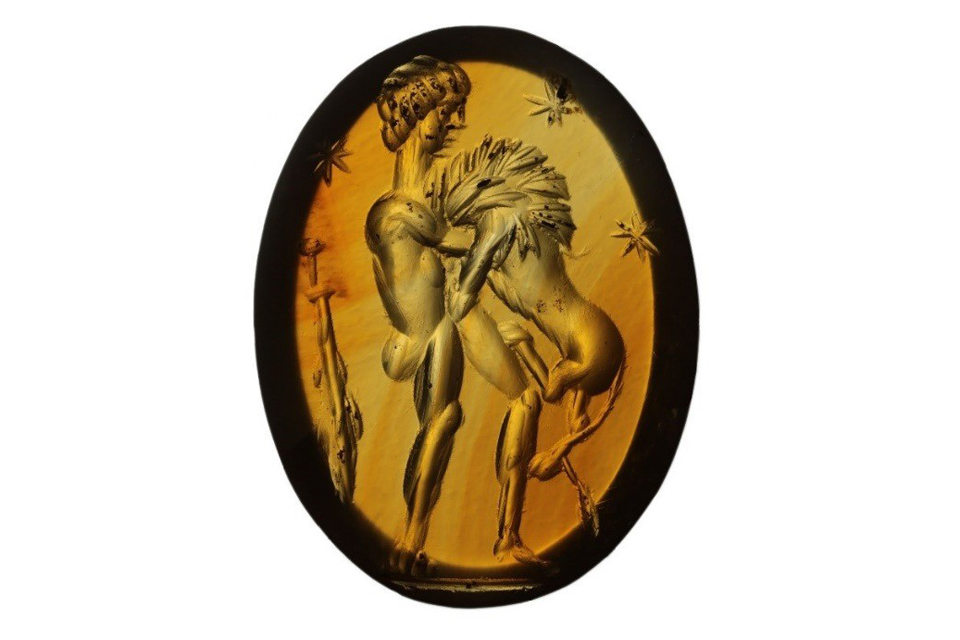 Archaeologists from around the country are urging volunteers to help at future digs, as part of the Council for British Archaeology’s (CBA) annual Festival of Archaeology (17 July-1 August).

Throughout the summer, archaeologists piecing together the history of Hull’s Trinity Burial Ground, as part of the Highways England’s £355m A63 Castle Street major project, have been holding successful virtual webinars and keeping the public informed on a regular basis through a dedicated webpage.

The team from Hull will be carrying out fun-filled and educational activities, as part of CBA’s festival event in the city centre on Yorkshire Day (Sunday 1 August), showcasing recent archaeological research.

Around 100 miles away, Cataractonium is an area with a rich history of archaeological investigation, receiving significant attention during the 20th century when the A1 was first constructed through the Roman town.

Following the Roman advance through the north of England and into Scotland under the governance of General Agricola during the late 1st century AD, the north of England long remained a frontier defined primarily by Hadrian’s Wall. As such, the area continued to experience military occupation throughout the period with soldiers garrisoned in a series of forts, both on the frontier and in its hinterland.

Cataractonium flourished within this network, with larger timber structures found in all excavated areas. The importance of the role of the settlement within lines of military supply and communication is demonstrated by timber granaries, stock enclosures and an inn to accommodate travellers.

At Cataractonium, the settlement on the south side of the River Swale was fortified by a substantial wall, which may be attributed to Septimus Severus’s advance north towards Caledonia in AD 209-210. The remains of the town wall were investigated by excavations at an area called Agricola Bridge, revealing a large cobble-and-clay wall foundation and remains of the north gate house which led to a stone bridge that carried Dere Street across the River Swale.

The northern suburb of Cataractonium, which had been unenclosed following the abandonment of Antonine earthen defences at the end of the 2nd century, appeared to serve as a supply area from the mid-3rd century, with several large commercial ovens found in association with open-fronted stone and timber structures along the main road. Inhumation burials and a single cremation were discovered in the back gardens of these buildings – which presumably represented the residents – including a possible family group comprising an adult man and woman with three children.

One individual was found to have had a stack of nine coins placed in their mouth, and two others were associated with fish hooks. Other objects present were items worn at the time of burial, such as finger-rings and the remains of hobnailed footwear.

Excavations 2km to the south of Cataractonium revealed new evidence for the extent of a Roman roadside settlement at Bainesse and for an enclosure complex to the west, which served as farmland to supply local and military demands. This site was home to a densely packed cemetery, containing 232 inhumation burials and 17 cremations, used from the late 1st century AD through to the mid-5th century AD.

At Agricola Bridge, which is understood to have been an area used for military purposes, a bridge stone found was notable for the carved phallus – a symbol often associated with protective powers – on one of its sides. The carving is paralleled by a similar example in the fabric of a Roman bridge across the North Tyne at Chesters.

The remarkable archaeological excavations have demonstrated how this area remained a focal point on Dere Street, the main north to south route in Roman Britain.

Cataractonium was occupied into the Anglo-Saxon period, with small timber buildings found within the old town walls and evidence for textile manufacturing and perhaps iron working. A dog, with a collar and tag, had been buried between two of these buildings.

By the mid-to-late 6th century AD, Cataractonium had been abandoned, and settlement had relocated to the site of modern Catterick, 2km to the south.

This latest publication by NAA, with its new findings, will undoubtedly mean that the project leaves an enduring positive legacy and brings to life how Romans lived in the British Isles, specifically in the north of England.

The digital book Cataractonium, and other volumes associated with the A1 Leeming to Barton excavations, are available without charge from the Archaeology Data Service.

Original source article: https://www.gov.uk/government/news/archaeologists-cracking-roman-history-along-dere-street-one-of-britains-oldest-roads
Disclaimer: This article was not originally written by a member of the HighwaysIndustry.Com team. 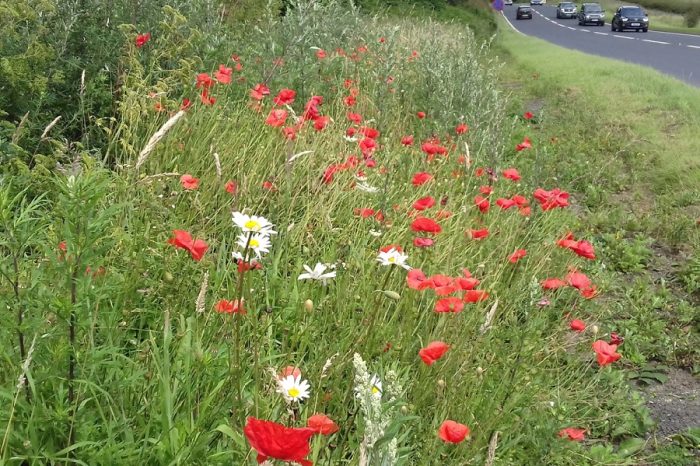 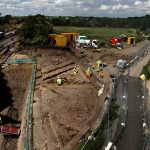