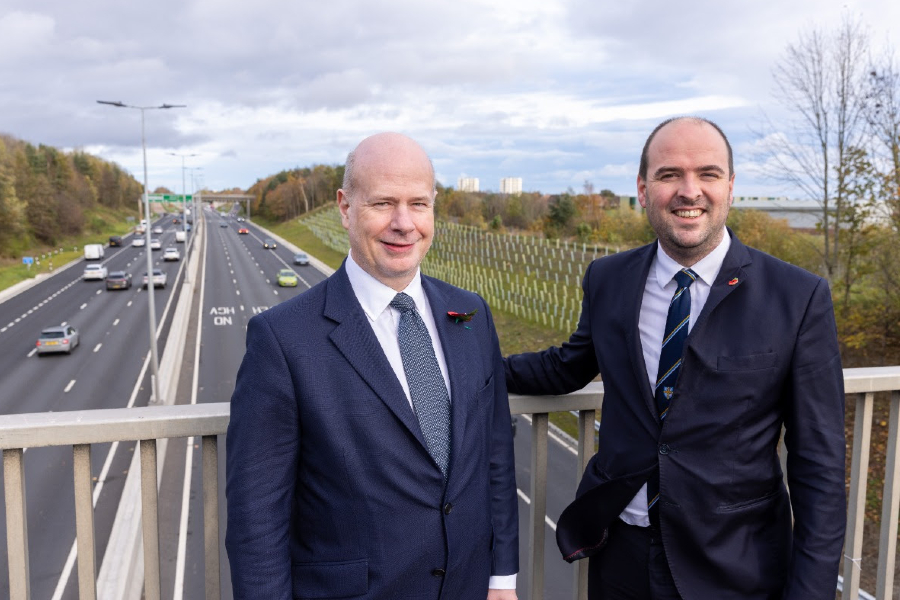 A multi-million-pound upgrade of the A1 that will support the levelling up agenda by unlocking economic growth in the North East is now complete.

National Highways’ A1 Scotswood to North Brunton improvement will boost accessibility to jobs and services, whilst also supporting new business and development opportunities and housing developments along the route.

“The A1 is a vital route for connecting people and businesses across the country and we’ve invested around £110 million into improving it here.

“Projects like this are key to unlocking growth across the regions of the UK, as well as making everyday journeys easier for thousands of people. It was great to hear about the local benefits first-hand today, as I visited the road ahead of next year’s road numbering centenary.”

“National Highways’ Scotswood to North Brunton scheme is an excellent example of the human, economic and environmental benefits achievable through continued investment in A-roads.

“The scheme will provide economic benefits for business users and freight, with improved links between locations of economic importance, such as Team Valley Employment Zone, Metrocentre and Newcastle Airport.

“More broadly, the Scotswood to North Brunton scheme represents continued investment in, and improvement of, the A1 – the longest numbered road in the UK.”

Owen Wilson, Transport for the North’s Head of Roads, said:

“The opening of the A1 Scotswood to North Brunton improvement scheme brings much needed additional capacity to an important corridor for the North East.

“This vital level of investment to improve the long-term reliability and resilience of local roads is critical in supporting economic growth in the region.

“Improved links to areas such as Team Valley Employment Zone, Metrocentre and Newcastle Airport will bring a wealth of benefits to communities and businesses in the North East including access to more jobs.

“A more accessible and integrated road network for the region also means better, cleaner, safer journeys and connections for all road users.”

More than 1,900 people have worked on the Scotswood to North Brunton project, two thirds of whom were from the local area. National Highways’ delivery partner has been Costain and design partner Jacobs and the upgrade has cost in the region of £110m.

Construction took two and a half years and has seen an additional lane created in each direction between junctions 74 and 79, a distance of five miles.

A new concrete safety barrier has been installed, which will significantly reduce the risk of vehicles crossing over from one carriageway to another, improving safety and reducing the duration of incident-related congestion. Concrete barriers are virtually maintenance free and will last twice as long as metal barriers, with far less need for closures for routine repairs.

Lighting has been upgraded, as has the drainage system by using a sustainable drainage pond which filters rain that runs off the carriageway, making the water flowing into the river at Ouseburn cleaner and better for the environment.

Carbon emissions were reduced on the scheme by more than 8,000 tonnes of CO2. This was achieved through reusing materials wherever possible and using alternative construction methods such as:

At the height of construction there were more than 150 workers on the site from more than 15 different contractors. More than 70 apprentices worked directly on the scheme.

Some 18,000 trees and shrubs have been planted along the scheme, and staff from National Highways, Costain, Jacobs and their sub-contractors dedicated 4,200 hours to volunteering on local community projects, including improvements to community spaces such as Whickham Thorns Activity Centre, helping schools learn about biodiversity through the building of bug hotels, and planting spring-flowering bulbs at Bluebell Dene.

Today’s event comes as National Highways begins to plan a range of activities to mark the centenary of Great Britain’s road numbering scheme to classify and identify all roads in the country. The Ministry of Transport was formed in 1919 and given authority to classify highways and to allocate funding for road maintenance.

Although the A1 was the first road to be designated in 1921, the definitive list of major roads was published on 1 April 1923, following consultations with local authorities. Each road was given a single letter, denoting the road’s category, and a subsequent number of between one and four digits.  Important routes connecting large population centres, or for through traffic, became what we know today as A-roads.

In England and Wales the road numbering system for all-purpose (i.e. non-motorway) roads is based on a radial pattern centred on London.

The modern A1 mainly parallels the route of the Great North Road, the main highway between England and Scotland from medieval times until the 20th century. It’s a road that’s connected life in Britain for over 2,000 years.

It’s the longest numbered road in the UK covering 410 miles (660 km). It runs from London to Edinburgh, connecting the capital cities of England and Scotland. The importance of this connection is why it was given the number ‘1’ when Britain’s road numbering system was developed.

Passing through 17 counties, the A1 is a strategic inter-regional route for commuting, freight and leisure. It also provides connectivity via other major roads that lead off the A1 to key international gateways including Newcastle, Teeside, Leeds Bradford, Stansted, Luton, Heathrow and Gatwick for air, and Port of Tyne, Hull, Grimsby, Immingham, Felixstowe, Harwich and London Gateway for sea.

National Highways continues to invest in the A1 in the North East.

Further south, around Gateshead, good progress is being made on the A1 Birtley to Coal House improvement, which will enhance journey times and safety, and boost the North East’s economy by widening the road from three to four lanes between junctions 65 and 67 on the southbound carriageway and three lanes between junctions 65 and 67 on the northbound carriageway.

The upgrade, which is due to open to traffic in Spring 2025, is also being delivered by Costain and Jacobs. 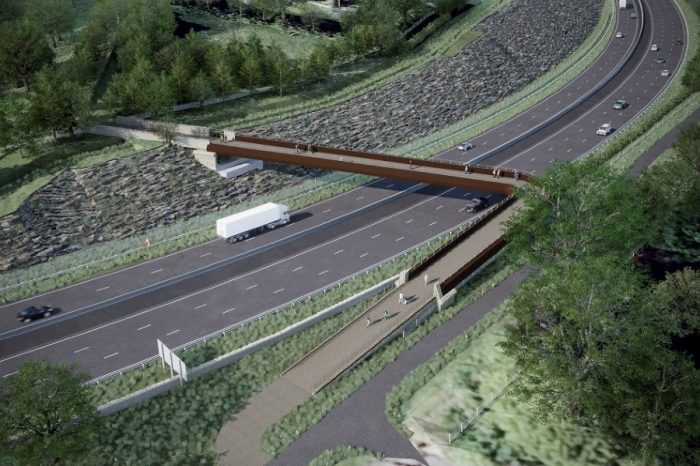 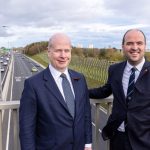