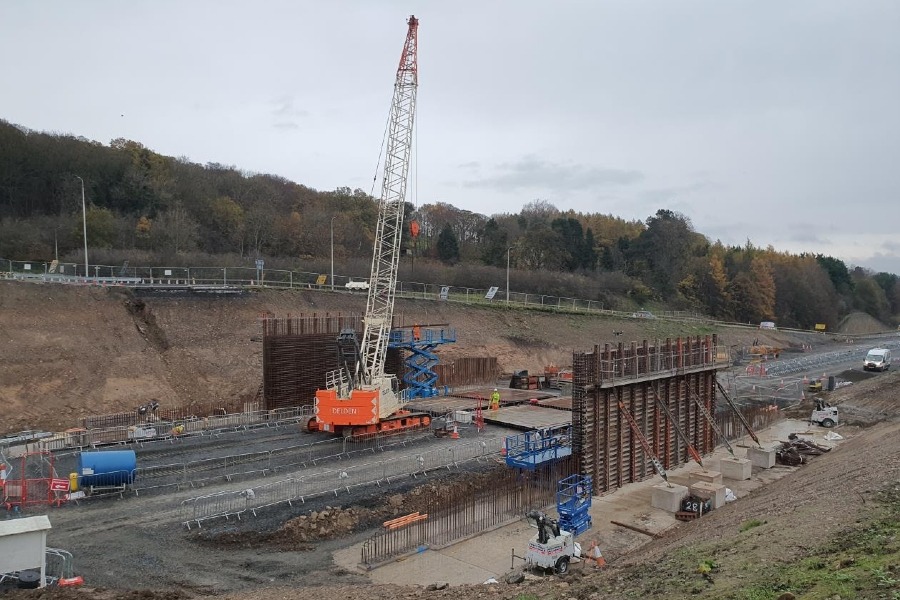 Construction of the bridge abutments, which will hold the new bridges in place

A major upgrade to a key trans-Pennine route connecting Newcastle and Carlisle, and used by thousands of drivers every day, is entering a pivotal new phase.

Engineers are building two bridges on the A69 Bridge End roundabout near Hexham in Northumberland. The Highways England scheme will improve safety, reduce congestion, support economic growth and enhance access from the A69 into the town.

The team on the ground have removed all the earth needed to clear space for the new A69 carriageway. The bridge abutments which will hold the two new structures are being constructed, building momentum towards this month’s bridge work. Earlier this year new turnarounds were introduced and signage was upgraded to improve driver understanding, while alternative routes were also opened for pedestrians and cyclists.

“We’re heading into an important new stage in the scheme. We will be using new methods which are safer for the workforce and which will also reduce the time it takes to build the bridges.

“We’ll construct each deck on the ground, starting with the beams, and then build up until it’s 95 per cent complete. Then we’ll use an industrial jack to lift it off the ground to a height where it can be lowered onto a self-propelled vehicle which will drive it into place next spring.”

When the roundabout is open to traffic, the temporary turnarounds will be removed. The junction and main A69 route will be open traffic with finishing touches taking place on the slip road and landscaping work.

The progress of the scheme has earned praise from Guy Opperman, MP for Hexham, and Cllr Glen Sanderson, leader of Northumberland County Council.

“I am delighted that our efforts to upgrade and improve the A69 are motoring ahead to their next stage.

“I know that many people have been frustrated with the disruption caused by the works, but as we move to the next stage, we can all look forward to improved safety and shorter journey times before too long. That is great news for motorists.”

“I am grateful that this work has progressed so well – this improvement is going to make a big difference for Hexham and the surrounding areas.”

100,000 working hours have been dedicated to the project. No staff have lost their job during the Covid-19 pandemic, nor has anyone been placed on furlough. The scheme continues to support the regional economy, with most of the workforce and companies used for materials and vehicles being based in the north.

Meanwhile Interserve, one of the largest contractors working on the scheme, has won the prestigious ‘Excellence in Construction’ certificate by Considerate Constructors scheme for its work on the A69 Bridge End project. 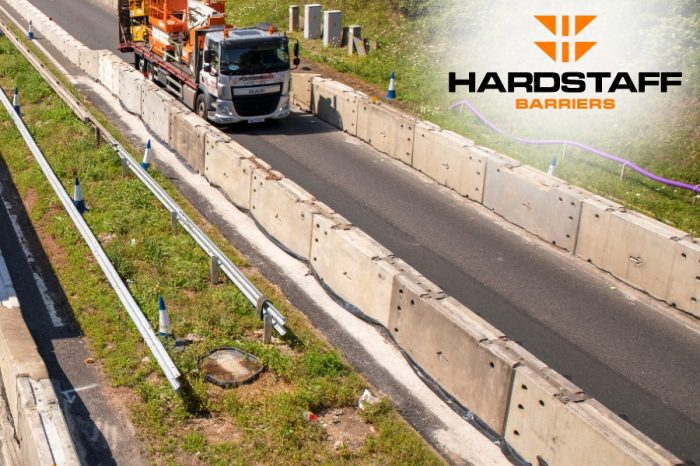 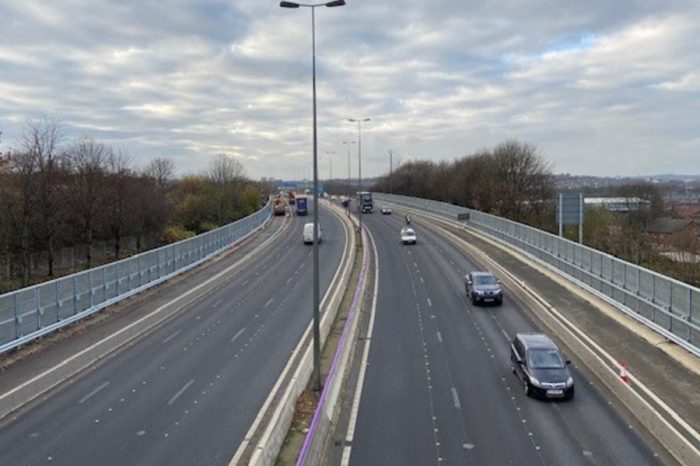 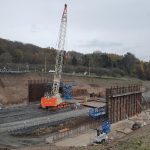