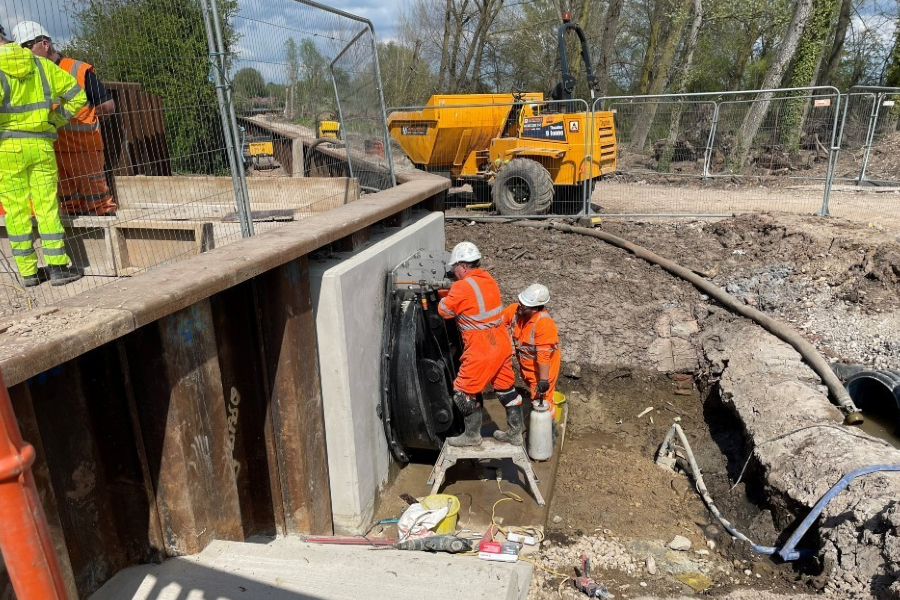 The Environment Agency has completed additional flood defence work in Burton-upon-Trent, Staffordshire, to alleviate issues around the A38 at Branston.

The work, which started last summer in 2021, reduces flood risk to some 397 properties, including 18 affected by the flood of February 2020. The whole investment in Burton, including £2 million from the National Highways Designated Funds programme, has cost over £30 million, and reduces the risk of flooding to over 4,600 homes and 1,000 businesses.

The A38 at Branston and adjacent properties have experienced flooding on several occasions since 2000. An investigation revealed that when the level of the River Trent was high, water got into Severn Trent Water’s foul sewerage system, highway drains and through low ground and eventually flooded properties and the highway.

Through the construction of sheet piled walls, embankments and non-return valves, water will now be contained in Tatenhill Brook when the River Trent is high.

“This latest completed work has been funded from the £30 million set aside to improve the flood defences in the Burton-upon-Trent area.

“We want to thank all members of the local community for their understanding and patience while these works have taken place.

“Our team first started construction work in Burton in 2019 and the improved flood defences have already successfully protected properties, which otherwise would have been affected by floods, in the last two years.

“While these defences should provide reassurance to communities and businesses, no one should have a false sense of security. We strongly urge people to sign up for flood warnings and regularly check flood risk via our website”

“We are committed to reducing flooding on our roads and also minimising flood risks to the communities who live alongside them.

“In response to the changing climate, we are investing in schemes such as this which will improve the flood resilience of our network and reduce the flooding risk to our neighbours.

“It is extremely rewarding to see the completion of this scheme which will not only protect our roads and people living alongside them for generations to come but in the future will also enhance the waterside habitats enabling wildlife to thrive.”

Original source article: https://www.gov.uk/government/news/burton-upon-trent-flood-defence-work-completes-30-million-investment
Disclaimer: This article was not originally written by a member of the HighwaysIndustry.Com team. 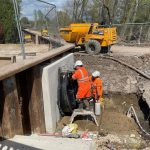