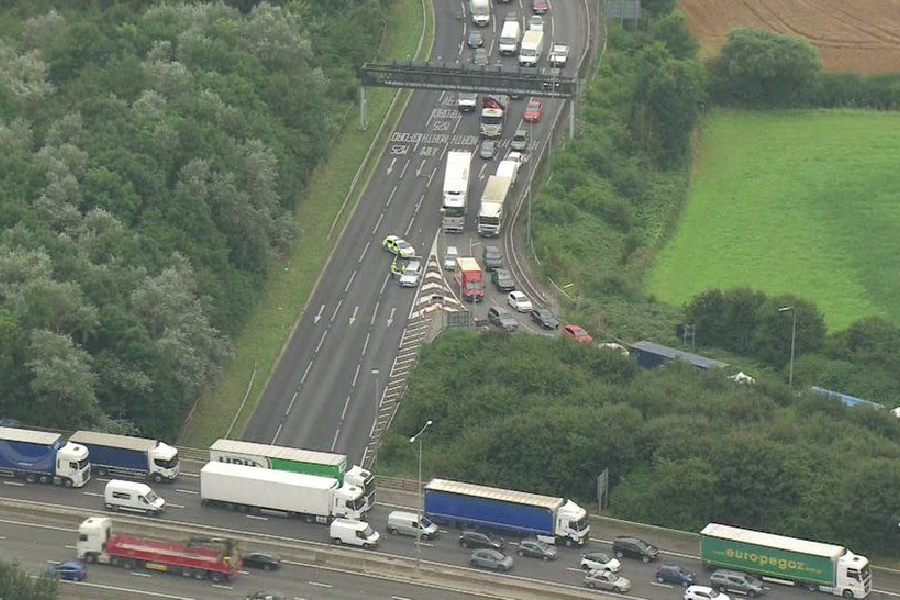 Police have made 71 arrests as climate change protesters caused fresh disruption on the M25, blocking roundabouts and the motorway itself.

Insulate Britain activists stopped traffic on three sections of the road for the second time in three days.

There were long delays at junctions 1a and 1b for Dartford, Kent; eight for Reigate and nine for Leatherhead, Surrey; and 23 for South Mimms, Herts.

He tweeted: “These actions are not only highly disruptive to those going to work and transporting vital goods, but are putting lives at risk on a busy motorway.

“Not to mention the resulting traffic delays will only add to vehicle emissions.”

Demonstrators, who targeted the UK’s busiest motorway as part of their campaign for government action on home insulation, sat on the road, while stranded motorists beeped their horns.

Videos posted on social media have shown angry drivers remonstrating with the activists.

Surrey Police said the protest was reported at junctions eight and 10 just after 08:00 BST on Wednesday.

It said it had arrested 32 people but activists had been cleared from both junctions by 10:15. Officers have left the scene and all lanes are open.

The force added that it was also dealing with a four-vehicle collision on the anti-clockwise carriageway at junction nine.

The road was closed while emergency services attended but it had since reopened.

It was “too early in the investigation” to know if the crash was linked to the protests, the force said.

Herts Police said officers were called at 08:00 to near junction one of the A1(M) southbound / junction 23 of the M25 at South Mimms and were on the scene within minutes, detaining 18 people.

It said it attempted to engage with the group, following “clear, national standards” and balancing “the rights of people to protest with the rights of those affected”.

“However, protesters ignored repeated requests from officers to move to a safer and less disruptive location, and alleged that they had glued themselves to the tarmac, making it clear that their aim was to cause as much disruption as possible,” Supt Adam Willmot said.

He thanked the public for their “patience and understanding”.

Highways England said the roads in this area of the M25 had reopened.

Kent Police said it was called at about 08:20 to junctions 1a and 1b for the Dartford Tunnel and Princes Road.

It said it had arrested 21 people,

The road has reopened, but Highways England said there were still delays at the affected junctions.

The action follows protests on Monday when five junctions were blocked and 77 arrests made.

It said 89 of its members were taking part in the latest action.

In a tweet, it said: “You’re angry. So are we… But sitting in the road makes Boris Johnson sit up and take notice, so we’re staying, until 10 Downing Street #getonwiththejob.”

In a statement, it added: “Proper jobs for hundreds of thousands of people to start the first real step – to insulate all the homes of this country – which pound for pound gives us the biggest reduction in carbon emissions.

“It is a total no-brainer and yet this government refuses to get on with the job.”

In response to Monday’s protests, a government spokeswoman said: “People’s day-to-day lives should not be disrupted, especially on busy motorways where lives are put at risk and resulting traffic delays will only add to vehicle emissions.

“We are investing £1.3bn this year alone to support people to install energy efficiency measures, and our upcoming Heat and Buildings Strategy will set out how we decarbonise the nation’s homes in a way that is fair, practical and affordable.”

Edmund King from the AA said: “Whilst most people understand the need to take action on climate change, these motorway blockade tactics are just backfiring as they are alienating the working public stuck in this chaos and subsequently pumping out more emissions,” he said.

“Essential deliveries, emergency services, people missing hospital and business appointments are all hit by these blockades.”

One driver caught up in delays in Hertfordshire said: “I can understand why they’re protesting but to do this is just ridiculous.

“If it’s protesting against climate change, you’ve got all these vehicles stationary on the road with their engines running so they’re not achieving anything.”

One protester, who wished to be known only as Stephanie, and who had glued herself to the road in Hertfordshire, said: “I understand [the affected drivers’] frustration because it’s annoying when people disrupt your day.

“I’m sorry about that, I really am, but the climate crisis is going to be far, far more disruptive than this.”

She added that she did not want to be there but they had “tried everything else”.

“I am terrified for my children. Their lives are going to be full of floods, fires and food shortages – we’re already seeing it now,” she said.

Original source article: https://www.bbc.co.uk/news/uk-england-beds-bucks-herts-58569794
Disclaimer: This article was not originally written by a member of the HighwaysIndustry.Com team. 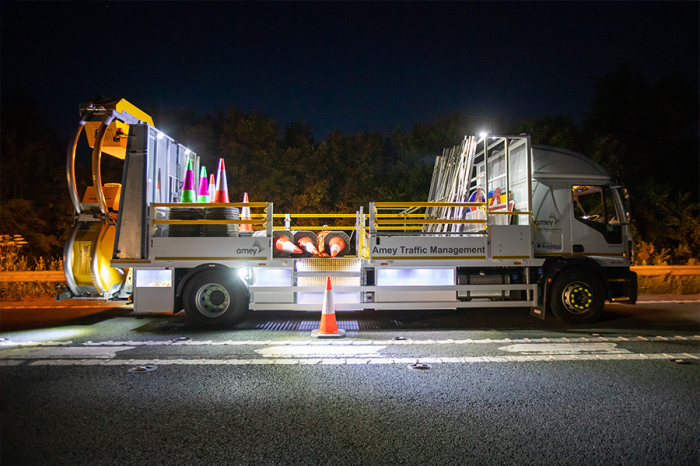 Blakedale | Value: Do you practice what you preach? 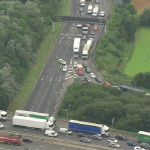