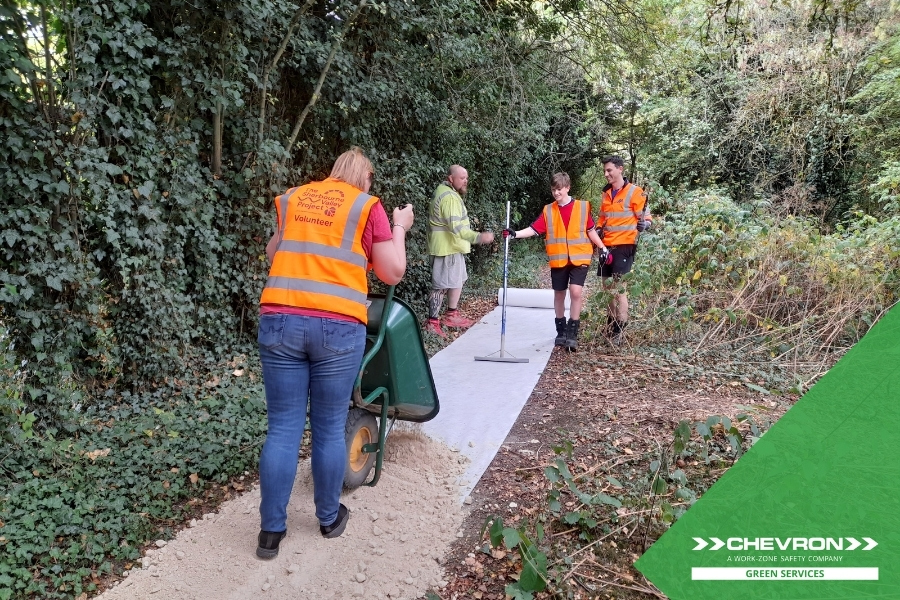 Woodland at a Coventry nature reserve has been opened up to the community thanks to volunteers from the highways community who dug deep to improve access for all.

Workers from National Highways and its supply chain, which form the Midlands Collaborative Community, gave up their time to carry out improvements at Grays Wood Nature Reserve which will ‘bring the joy of nature to many people who simply couldn’t have it before’.

Chevron Green Services, as part of the Midlands Collaborative Community with National Highways, was delighted to be involved in the regeneration project at Grays Wood Nature Reserve.

The area was originally an allotment that had become disused and overgrown to the point it was unrecognisable, (although there are plenty of fruit trees still around). The Warwickshire Wildlife Trust and local community groups, as well as Coventry City Council, have been working together to try and get the area in a condition that the local community can use all year round.

A team of 30 volunteers, from the Midlands Collaborative Community, spent three days working with the Warwickshire Wildlife Trust and local community groups to install approximately 200m of pathways throughout the reserve which will provide access all year round for the local community and other groups.

Pathways through the woodland, part of the Lake View Park which spans the river Sherbourne, were overgrown and often boggy preventing people from accessing the site. The paths have now been cleared and gravel laid to tackle the mud.

There is also now a clearing, a firepit and a log circle, which has been surfaced and can be used for educational activities, small community events and a base for running training courses by the Warwickshire Wildlife Trust.

Delivery partner Carnell supplied 32 tonnes of stone which was laid along 200m of pathway and the new firepit area.

The improvements carried out in Grays Wood will support the Sherbourne Valley Project, led by Warwickshire Wildlife Trust, which aims to reconnect the people of Coventry with the River Sherbourne and the green spaces beside it. 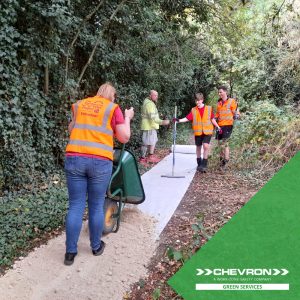 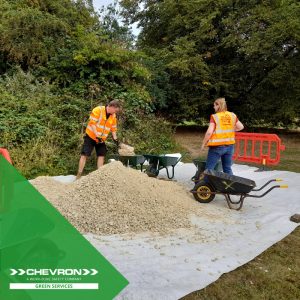 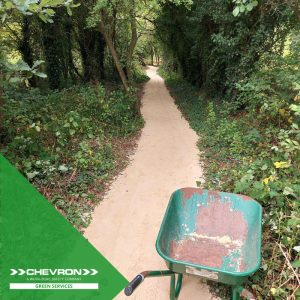 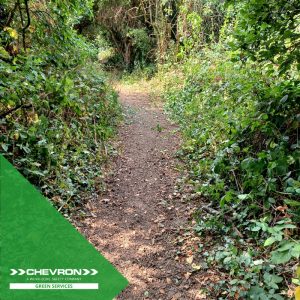 Warwickshire Wildlife Trust’s Cultural Heritage and Community Engagement Officer, Charlotte Ridpath, said: “This new path has improved the access into a local woodland, that was previously unwelcoming and difficult to explore due to the uneven, very muddy paths. Places like Grays Wood can become off limits in the wet weather and yet connection with nature is vital for good health and quality of life.

“The new smoother, wider paths also now open up the woods for people who are unsteady on their feet and are better for wheeled access.

“The clearing is a space that can be used by community groups and provide a wider range of people the chance to experience the woods close up. The impact of this path cannot be underestimated. It will bring freedom and the joy of nature to many people who simply couldn’t have had it before.”

Chevron Green Services is part of a supplier group in the Midlands which has signed up to National Highways’ Scheme Delivery Framework (SDF). The framework is a six-year programme which has seen National Highways sign deals with a list of supply chain partners to carry out up to £3.6bn worth of renewals keeping England’s motorways and major A roads running smoothly and safely.

National Highways Route Manager, Fiona McKenzie, said: “The wildlife trust has fantastic plans for this site which will have huge benefits for the health and wellbeing of the local community, and we were only too happy to help in any way we could.

“Many thanks to the volunteers from National Highways and our partners in the Midlands Collaborative Community who gave up their time and invested their labour in making this beautiful woodland accessible for all.

“This is a great start for our recently formed collaborative community in supporting community projects and we are looking to identify more worthy causes in the region which we can help.” 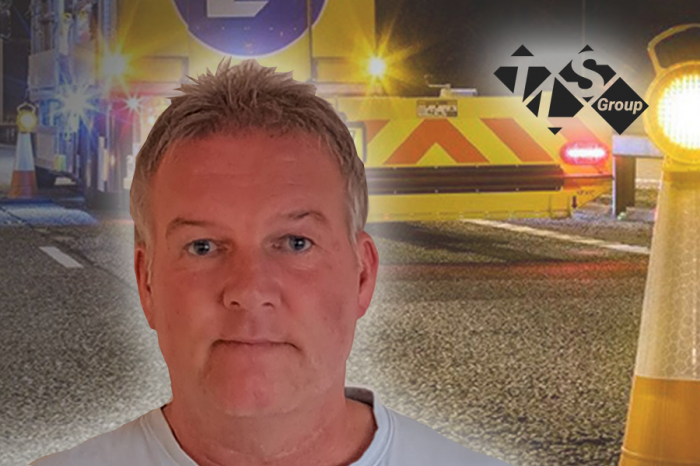 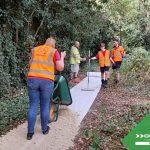