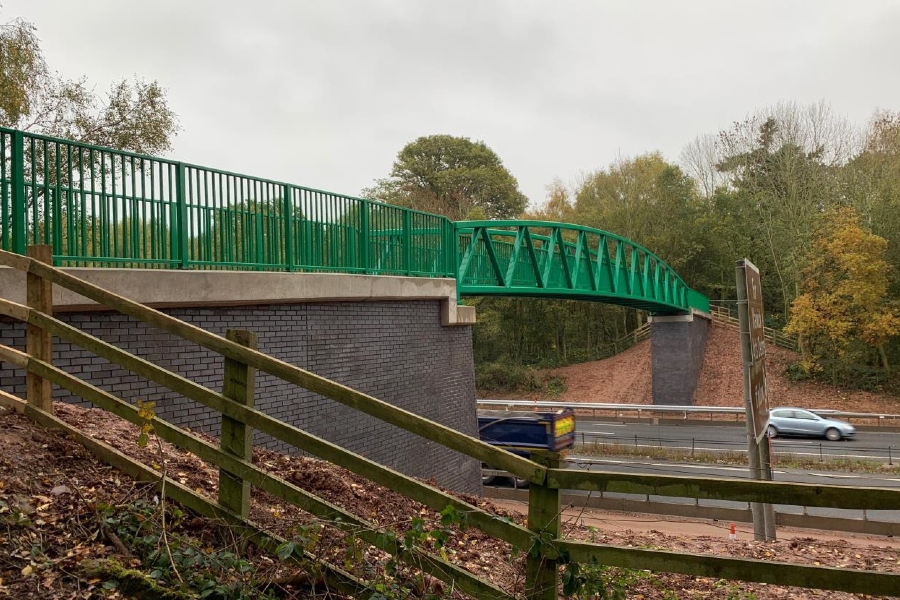 Two communities have been reunited thanks to a new footbridge spanning the busy A46 in the West Midlands.

“As part of improving our network, we want to reduce the barriers that our roads can create for walkers, cyclists and horse riders.

“This new steel footbridge has a longer lifespan and needs less maintenance than the concrete bridge it replaces, so pedestrians will continue to have a safe way to cross the A46 for years to come.” 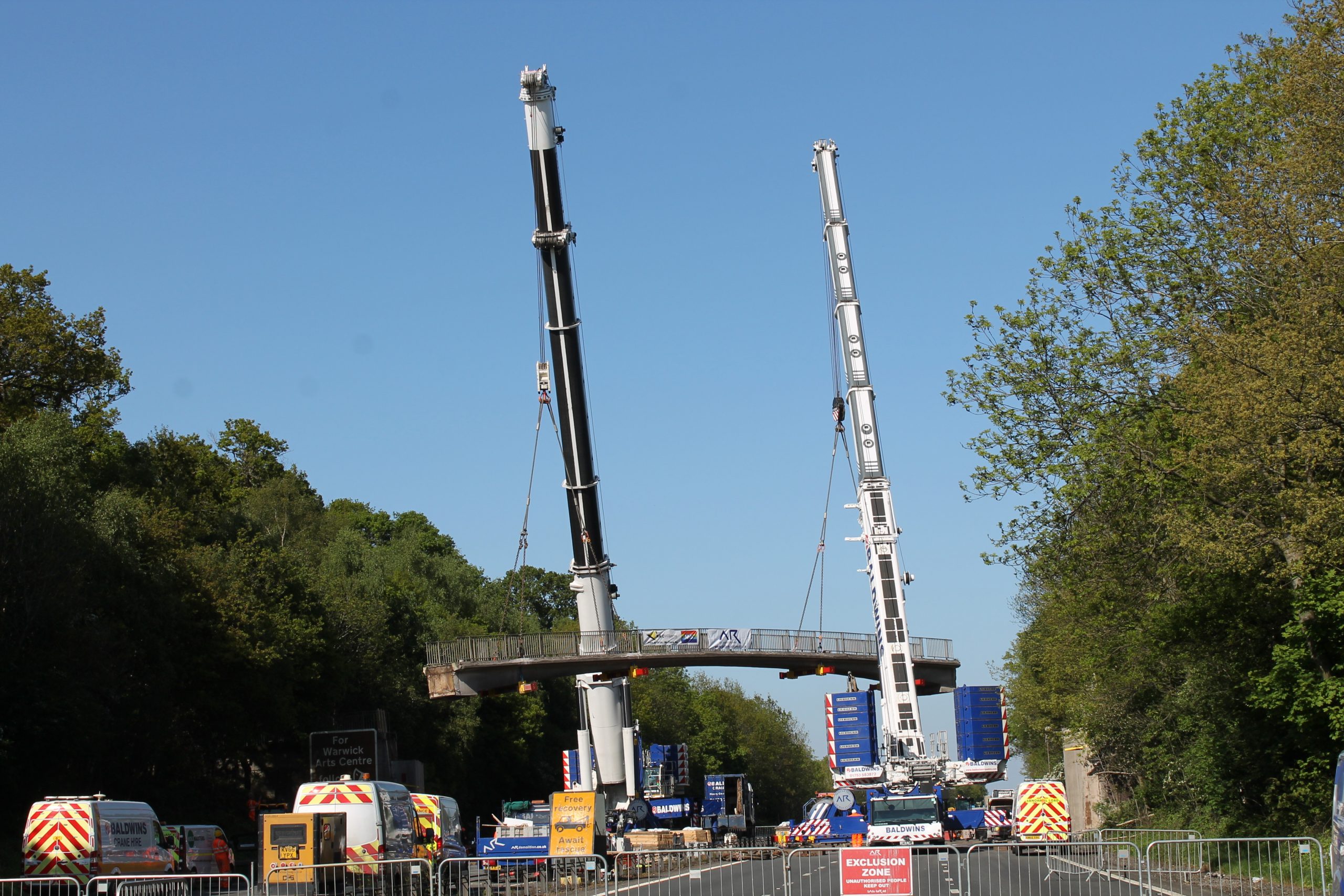 It took a team of expert engineers just 25 minutes in August to carry out the inch-perfect installation of the new prefabricated steel bridge, which spans 35.4 metres and weighs 21.3 tonnes.

Work on the footbridge continued with the installation of concrete ramps and footpath repairs.

More than 14,000 bricks were laid around the concrete abutments which sit at either end of the bridge, connecting it to the ground and helping support its weight. That’s more than enough bricks to build a substantial 3-bed semi-detached house.

With all work complete, the bridge, which links Kenilworth with Stoneleigh and Ashow, opened to the public on Tuesday morning (27 October). The A46 has also fully reopened in both directions. 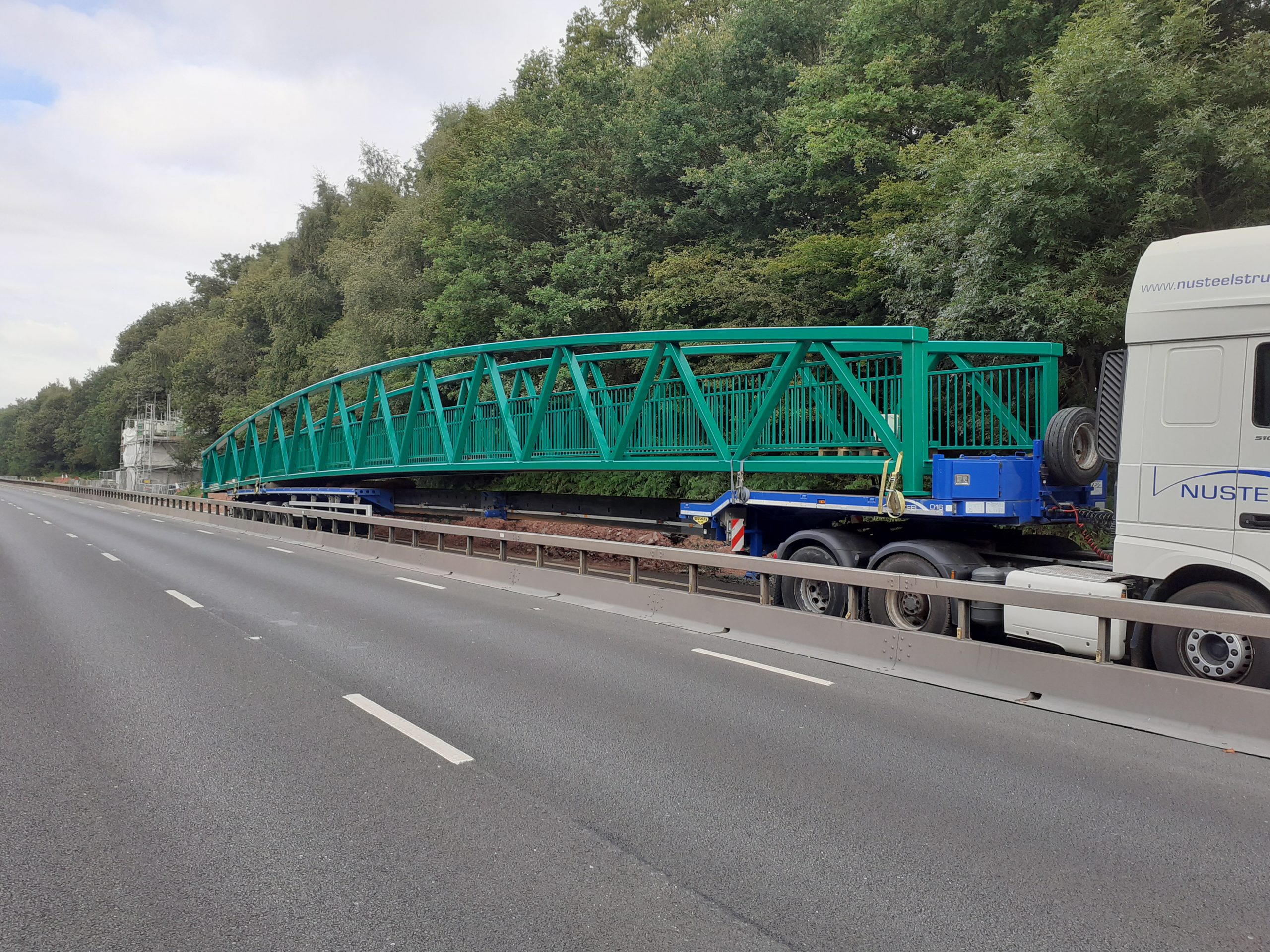 The 35.4m, 21.3 tonne steel footbridge arriving on a lorry in August

Just like its predecessor, the new footbridge has step-free access, making it easy for people with prams and wheelchairs to safely cross the A46.

The Mayor of Kenilworth, Councillor Richard Dickson said: “Local residents of all ages have been much looking forward to the opening of this new bridge which for many people enables them to get exercise on the eastern side of Kenilworth.

“Thank you to all the contractors for all their hard work.”

Public consultation for ‘missing link’ A46 dualling to start in December 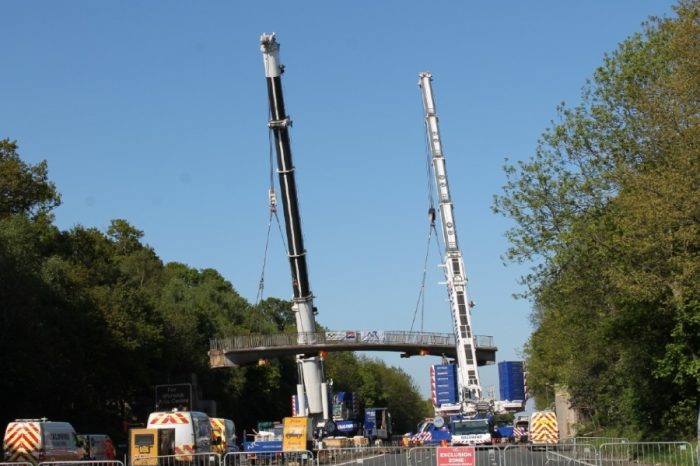 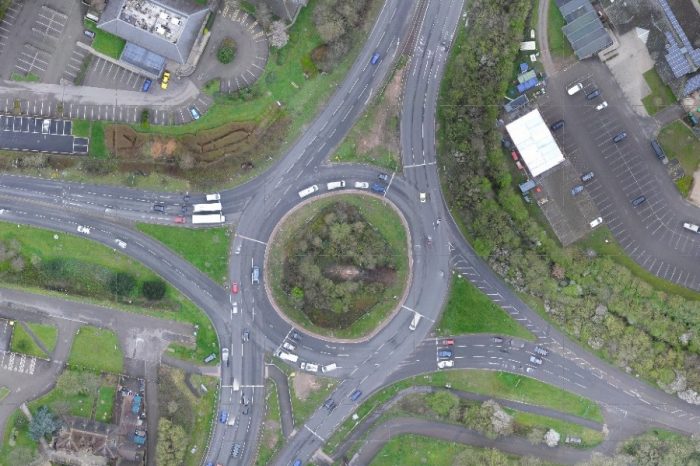 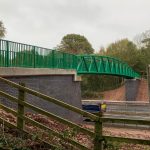