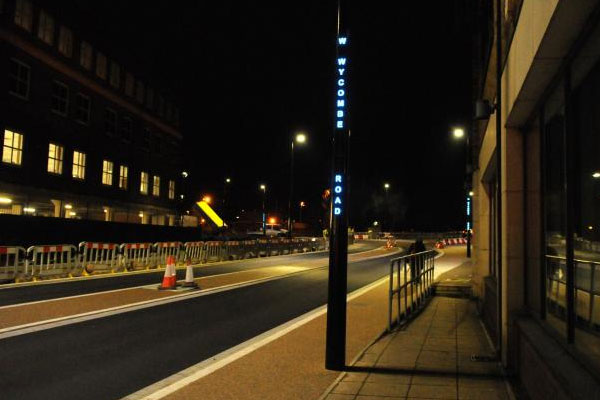 Controversial new streetlamps in High Wycombe town centre are set to be replaced after the council admitted that they were put in the wrong streets.

Eagle-eyed motorists had claimed earlier this week that the lights, which are emblazoned with road names in an aim to navigate people through the town, were placed on the wrong road.

Despite the streetlamps displaying the name “West Wycombe Road”, they were in fact placed in Oxford Road, but the LED lighting has now been turned off and the lights will be replaced, Bucks County Council say.

BCC spokesman Helen Fincher said: “We’ve recognised that some of the lighting columns are incorrectly named, and the plan is to change these in January.

“In the meantime, the wrongly-named streetlights have been switched off to avoid any further confusion.”

Despite initial confusion over the boundaries of West Wycombe Road and Oxford Road, councillors say they are now keen to rectify the mistake as soon as possible.

Wycombe District Council cabinet member for planning, David Johncock, said: “The names on the side of the streetlamps are going to be corrected soon.

“It is something which will be used in other roads as part of this project and the contractors are also looking at different font sizes for other roads.”

In an online poll of Bucks Free Press readers, 61 per cent of people said they liked the new lights.

As part of the Westbourne Street Link road development plans – introducing a new route for traffic going from West Wycombe Road to Marlow Hill – the new LED lights were erected alongside the main road near Sainsbury’s.

Once this project is finished, drivers will be able to use a different route across the town from West Wycombe Road in a bid to divert traffic away from the flyover. 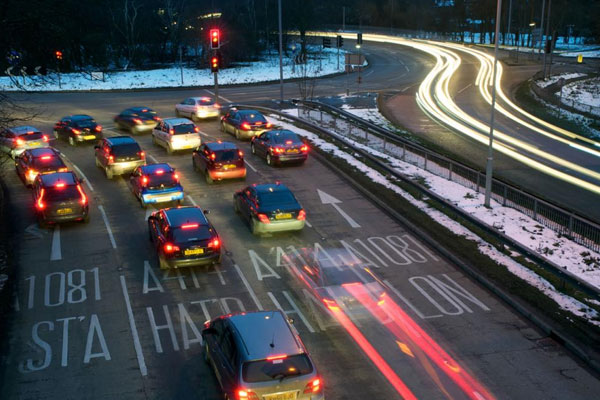 A day in the life of a Senior Highways Inspector 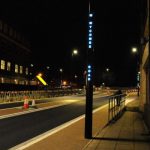