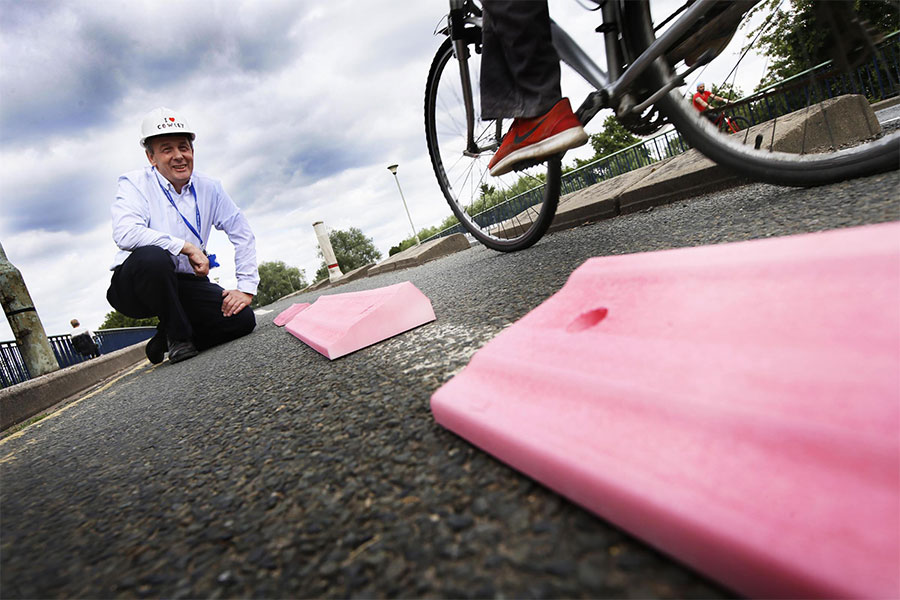 ‘ARMADILLOS’ built specially by a councillor could line the roads in a bid to make the city safer for cyclists.

Oxford city councillor David Henwood wants Oxfordshire County Council to install his own specially designed safety feature all along the roads in his Cowley ward to protect cyclists from vehicles using the roads alongside them.

Donnington Bridge is one of the few areas that uses the so-called ‘armadillos’ – which act as physical separators keeping cycle paths distinct from the main carriageway.

Now he wants to bring his own version, christened ‘pink bobbies’, to Oxford’s roads.

Mr Henwood said: “Two years ago on my way to the Town Hall I was nearly knocked off my bike, and since then I have had a few near misses and I’m not alone.

“There is only one place where I truly feel safe on a bike, and that’s on Donnington Bridge. The large concrete barriers that define the cycle track aren’t the prettiest, but they did inspire me to design the pink bobby.

“Having designed and made several prototypes that some people refer to as ‘armadillos,’ mine are called pink bobbies.”

The first working prototype is made from car tyres which are ground down to make small pieces that can pass through a gardening sieve, and then cast in a mould with resin.

Mr Henwood added: “I chose pink as I thought it would better colour identify a cycle lane, and would be user friendly.

“I don’t think there would be confusion with white lines or yellow lines which have a different legal meaning to road users.

“Drivers will hopefully associate the colour with children or people that are vulnerable and later associate it to cycle lanes.

“A future prototype will incorporate ‘cats eyes’ to aid night time vision. The eyes would have to be pink, obviously.”

In 2015, cycling accidents hit a 10 year high across the county, according to Oxfordshire County Council figures with 376 incidents – 75 of which were serious crashes.

Last year, there were 321 incidents across the county, two of which were fatal and 70 considered serious.

He added: “In Cowley we want to see younger and older people on two or three wheels.

“If people feel safe on two wheels with a physical barrier that protects them, they are more likely to consider subsequent and future journeys.

“Parents also would be more willing to let their children cycle if they knew the roads were safer. “Pink bobbies would create safer roads, fewer accidents and less anxious parents.

“They would also develop confidence in new cyclists and those returning to cycling, and because pink is neither close to white or yellow in the colour spectrum, they would provide cycling access to some visually impaired cyclists.”

Mr Henwood has written to the county council to conduct a transport review of Cowley and has asked county council leader Ian Hudspeth to consider the pink bobbies and similar cycle lane alternatives.

He is also working on a presentation to deliver to the county council’s cabinet at a later date. 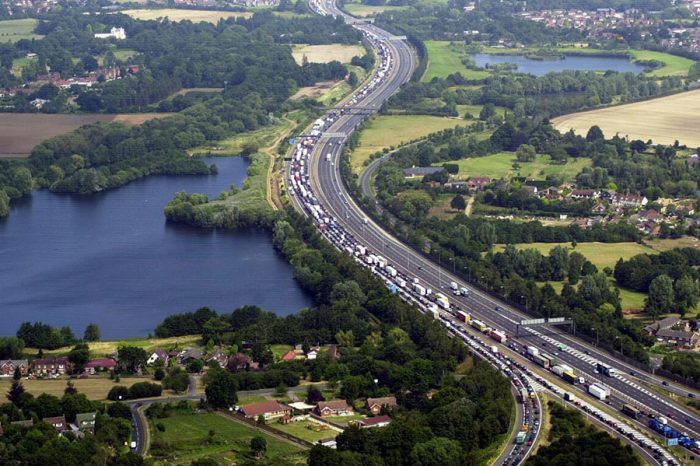 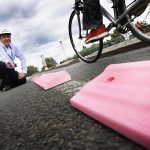