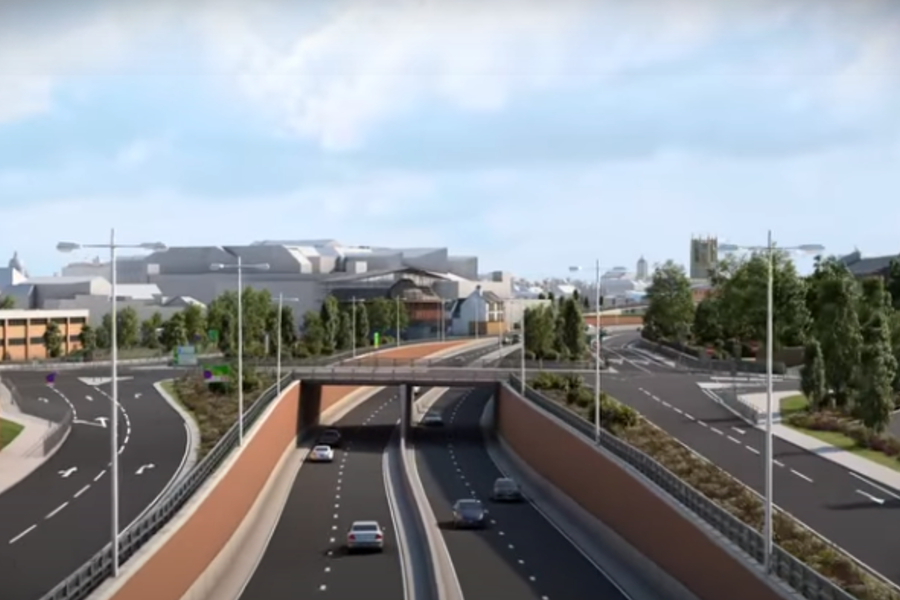 How Castle Street will look once the improvement scheme has been completed. Image: Highways England

The Department for Transport has given final approval to the long-awaited A63 Castle Street improvement scheme.

The project, which is set to cost £355 million, is expected to take around five years to complete and will see major transformative changes to one of Hull’s busiest roads.

It was officially signed off by Transport Secretary Grant Shapps on Thursday.

The Government had originally set a planning deadline of March 31 for a decision to be made on the project and the Treasury had already given the project the green light via its inclusion in the March budget.

But that deadline was extended to the end of May as the extent of the response required to deal with the coronavirus pandemic became clear.

On Thursday, Hull West and Hessle MP Emma Hardy said: “I am delighted to hear that the Government has finally given the green light for the A63 major improvement scheme in Hull.

“We have battled long and hard over years to achieve this and the improvements this project will make to our city’s traffic infrastructure will be transformative. It will also bring much needed investment and jobs for our area.

“This has been a team effort and huge thanks go out to all those who helped make this happen, the Chamber of Commerce, all the local businesses and particularly Hull City Council.

“Thank you all, I now look forward to watching this scheme take shape.”

The Highways England scheme will see one of the busiest sections of the A63 heading east and west through the city lowered at the Mytongate junction under a new stretch of road between Ferensway and Commercial Road.

In addition, the eastbound carriageway on the A63 between Princes Dock and Myton Bridge will be widened to three lanes, while another pedestrian footbridge will be constructed at Porter Street.

The works will also see all of the existing traffic lights on the A63 being removed between Myton Bridge and the Daltry Street flyover along with the ground-level pedestrian crossings.

Before lockdown was instated, the junction was used by 47,000 vehicles every day.

The construction of the new £22.5m footbridge over Castle Street between the marina and Princes Quay was done in advance of the main improvement scheme.

Work on the scheme is expected to begin by the end of the year.

Original source article: https://www.hulldailymail.co.uk/news/hull-east-yorkshire-news/government-a63-castle-street-ahead-4173221
Author:  Nathan Standley
Disclaimer: This article was not originally written by a member of the HighwaysIndustry.Com team. 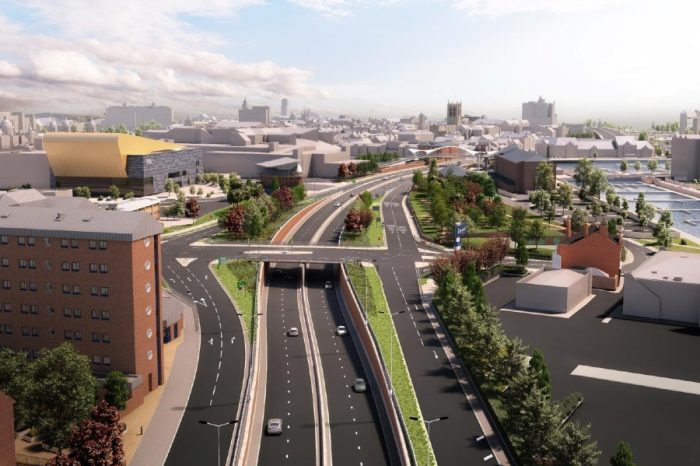 Major upgrade that will reshape Hull gets started 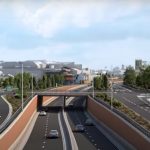