There were 111,000 fewer diesel cars in the UK in 2019 than the year before as people switched from polluting vehicles to greener ones.

The UK has reached a motoring milestone, passing ‘peak diesel’ as the number of diesel cars on the roads fell for the first time in at least 25 years.

There were 111,000 fewer diesel cars in the UK in 2019 than the year before as people switched from polluting vehicles to greener, electric ones, according to government figures.

Although sales of diesel vehicles have been falling for a while this is the first time that the total number on the roads has declined, according to data from the Department for Transport.

“These figures hint at a motoring milestone – the possibility that we have hit or even passed ‘peak diesel’,” said Steve Gooding, director of the RAC Foundation.

“This was due to the collapse in sales of new diesel cars together with the scrapping of older diesels, which have either come to the end of their useful lives or whose owners fear increasing restrictions on their use because of air quality concerns,” he said.

The Government has said the ban on sales of new petrol, diesel and hybrid cars could be brought forward from 2040 to as early as 2032 to help meet carbon reduction targets.

It is the first decline in diesel numbers since records began in 1994, when there were just 1.58 million diesel cars licensed.

The number of mild hybrid cars increased by about a fifth to 514,000. Like full hybrids, these use an electric motor alongside a combustion engine but they are different because these two power sources can’t be used independently.

Instead, the smaller electric motor is used solely to assist the engine.

“Banning the sale of all new petrol and diesel cars and vans by 2030 is one critical step to achieving this.”

“Lockdown has resulted in a dramatic drop in air pollution right across the country – we must bring in measures now to prevent a bounce-back in toxic fumes as restrictions are eased. The government may have announced plans to boost cycling and walking, but it must buttress this with clean air zones and a steer to sustain public transport through the covid crisis. And until it scraps the £27 billion road programme and redirects this money towards clean travel, these plans will remain incoherent.”

Original source article: https://inews.co.uk/news/environment/diesel-cars-uk-roads-fall-number-climate-change-electric-vehicles-2852440
Author:  Tom Bawden
Disclaimer: This article was not originally written by a member of the HighwaysIndustry.Com team. 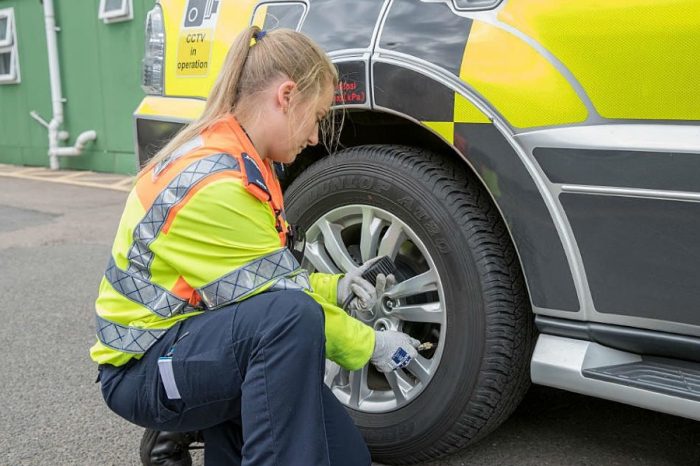