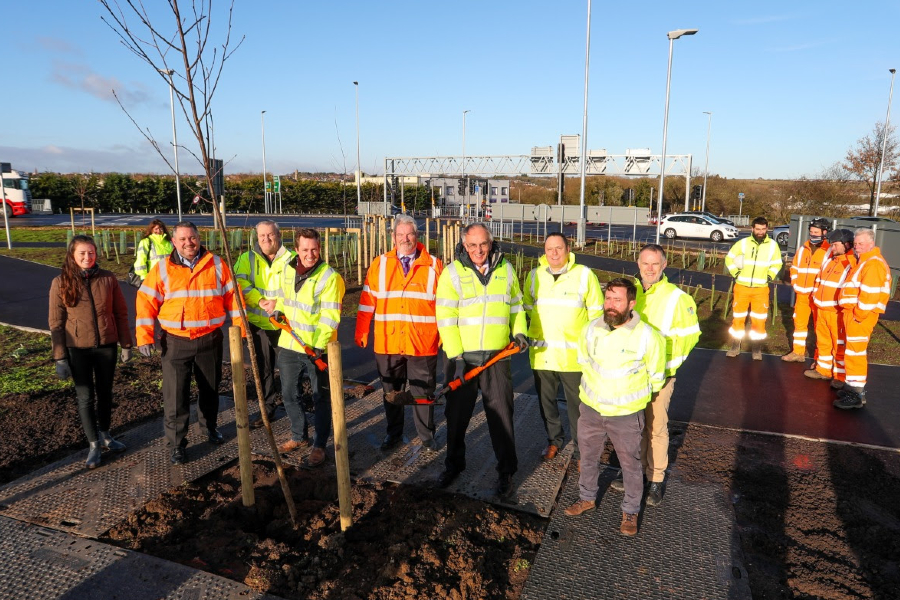 MPs, councillors and representatives from National Highways and its contractors mark the improvements scheme coming to an end

A VIP tree planting ceremony has taken place to mark the end of a £24million scheme by National Highways to tackle congestion at a busy roundabout.

The extensive works have included creating a ‘half hamburger’ roundabout at the A45/A6 Chowns Mill junction and widening the roads approaching the roundabout to create extra capacity for traffic.

Work is now coming to an end – ahead of schedule – on the Northamptonshire junction with the final batch of trees and bushes going in the ground.

MPs Peter Bone (Wellingborough) and Tom Pursglove (Corby and East Northamptonshire) were on hand to help plant one of the last trees on the roundabout today (Friday) and mark the successful completion of the much-needed work. 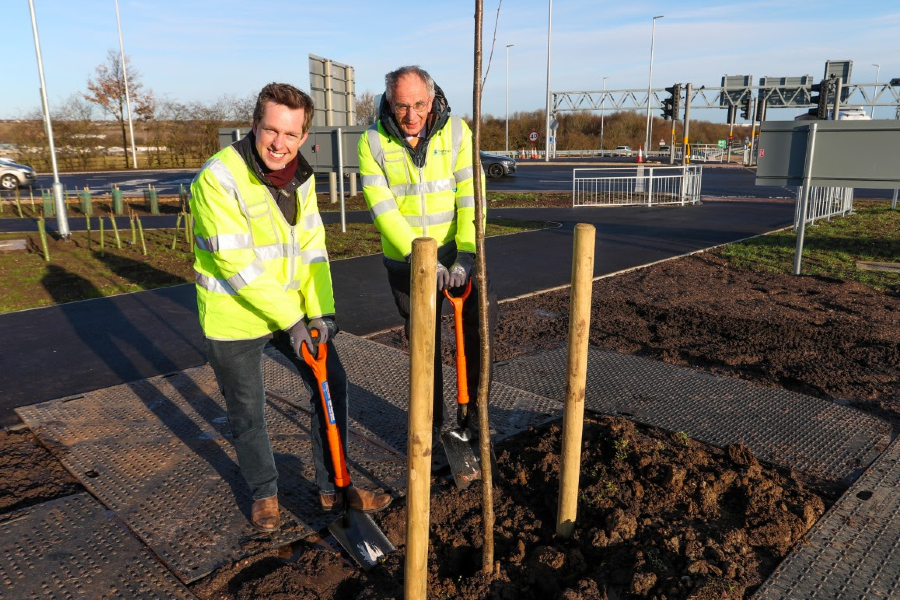 Since work began on the junction in February 2020, the scheme has involved:

“The completion of these ambitious improvements is good news for local businesses, communities and road users who will all benefit from smoother, safer and more reliable journeys without much of the congestion they previously had to endure.

“Pedestrians and cyclists will also be able to use the junction much more safely thanks to the traffic lights and improvements we have introduced.

“Knowing how important this work is for people and the local economy, we are delighted that we have been able to complete the scheme ahead of schedule and road users are already experiencing better journeys through this busy junction.”

“It is a pleasure to be here, and ahead of schedule! I am particularly delighted for my constituents, especially those in Higham Ferrers and Rushden, who are already benefiting from the completion of this fantastic project.

“The listening campaign, which was supported by so many local people, has delivered this extraordinary double roundabout which has massively reduced traffic congestion.”

“These improvements are massively important to my constituents. This is a huge upgrade to our local road infrastructure on what was an incredibly dangerous road previously.

“I want to say a huge thank you to everyone at National Highways and to my constituents who supported all of the campaigning that went on to deliver these improvements. I think it’s really welcome that it is a much safer roundabout. The new layout makes absolute sense and is really easy to navigate. It’s a big success.”

Work was expected to be completed on the scheme around February next year. 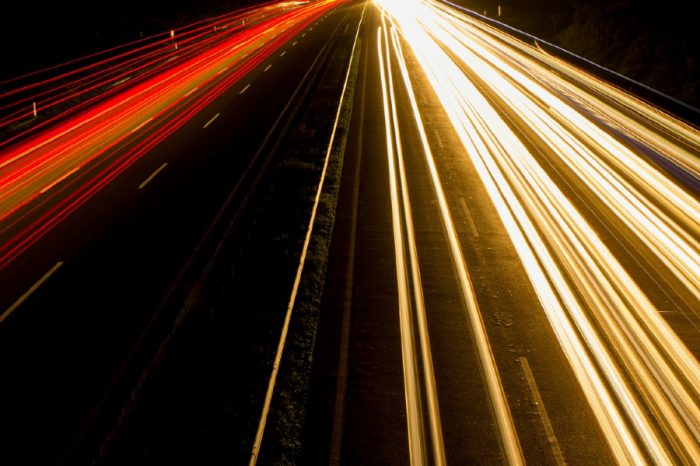 Balfour Beatty successfully completes A19 upgrade ahead of schedule 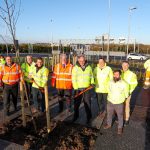