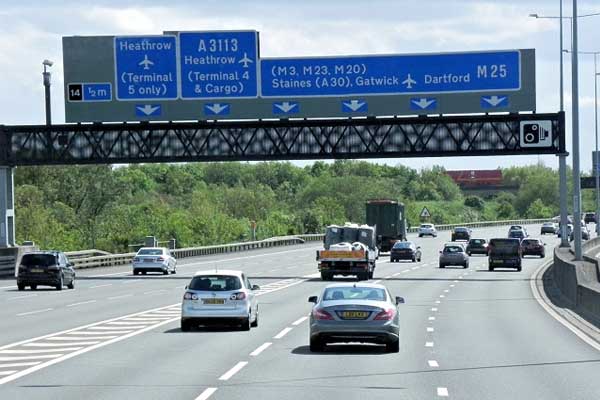 The Times newspaper today reports that an ambitious plan to transform the stretch of the M25 nearest Colnbrook into a double-decker motorway has been longlisted by the Department of Transport.

The article, repeated by the Daily Mail, ITV, and Evening Standard, claims secret proposals are being drawn up to build either elevated carriageways or even additional lanes tunnelled under the existing M25.

The ambitious plans would be implemented over a 24-mile stretch of the M25 between the M40, M4 and M3 and would see similar

The Times says the proposals are among more than 250 radical ideas longlisted by Highways England.  Others include a 35-mile high-speed rail line between Gatwick and Heathrow airports and a new link from the west coast mainline — which serves Glasgow, Manchester and Birmingham — directly in to west London destinations such as Heathrow. 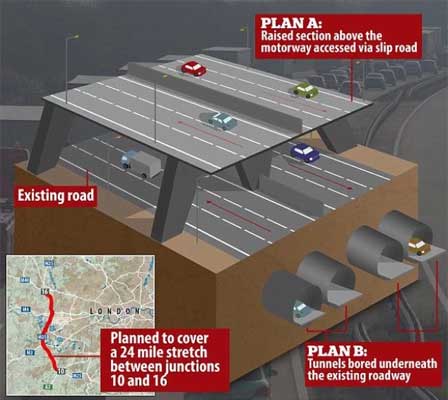 The longlist was apparently drawn up by officials as part of a Department for Transport project, launched in March, to investigate congestion between junctions 10 and 16 of the M25.  Consultants will now sift through them before publishing a shortlist of solutions.

A double-deck motorway would be impossible should a Colnbrook Runway be approved this Summer.  Heathrow has proposed tunnelling the M25 to accommodate expansion, which the Airports Commission estimated would cost £3.2 billion alone.

The Campaign to Protect Rural England has poured cold water on the plans, while the AA has called on the Government to look seriously at the current congestiong problem on the Heathrow stretch.

Comments posted by Times readers have been generally scathing about the proposals. 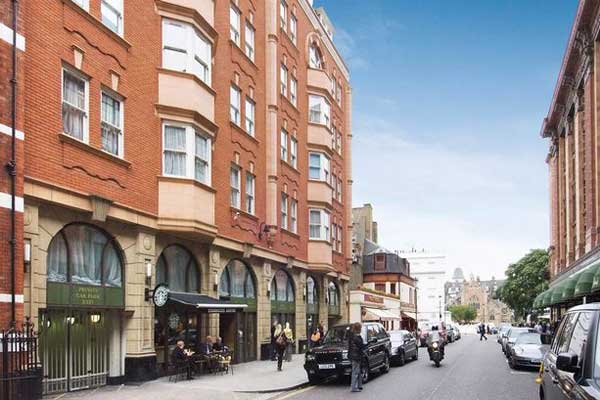 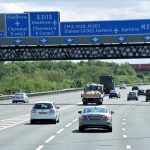