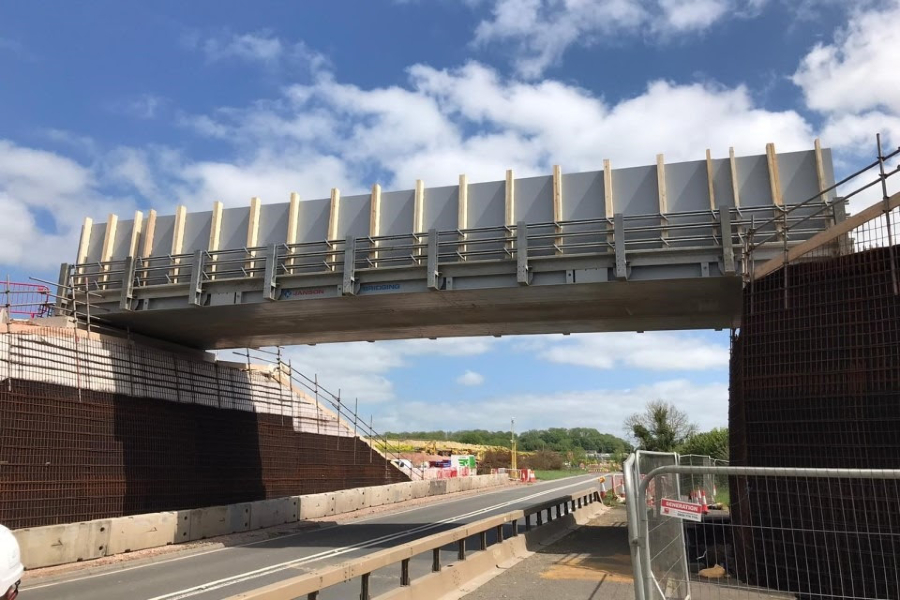 The temporary bridge ensured construction traffic remained off the main road, minimising disruption to motorists, and helped to transport 900,000 tonnes of earth

Drivers have been warned that a major road will be closed while a temporary bridge is removed.

The A303 will be shut between the Hazlegrove and Podimore roundabouts, in Somerset, from 22.00 GMT on Friday until 05:00 GMT on Monday.

The bridge was used to transport material and minimise the impact of construction on motorists.

Its removal marks the end of the first major stage of construction on the A303 Sparkford to Ilchester scheme.

Elliot Hayes, National Highways senior project manager, said: “The removal of the temporary bridge marks a significant milestone for this major scheme, which is incredibly important for Somerset’s future.

“You can now really start to see the scheme take shape and we are excited to continue pressing ahead to finalise this vital route.”

The £135 million scheme hopes to reduce journey times to the south-west of England and improve traffic flow at peak times.

The temporary bridge helped transport 900,000 tonnes of earth for the scheme.

Original source article: https://www.bbc.co.uk/news/uk-england-somerset-63561326
Disclaimer: This article was not originally written by a member of the HighwaysIndustry.Com team. 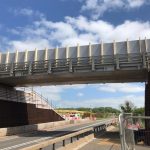