The UK could allow electric scooters on public roads from June as it looks to reduce pressure on public transport and usage of cars in cities.

Speaking during the government’s daily press conference, transport secretary Grant Shapps said on Sunday that he would fast-track trials for electric scooter schemes to June 2020.

Originally, the trial was slated for 2021 and would have trialed electric scooters in four areas of the UK: Portsmouth and Southampton, the West of England Combined Authority, and Derby and Nottingham, and the West Midlands.

Shapps said on Sunday that any region that wanted to trial electric scooter rental schemes would now be able to make a bid.

“I’m … fast-tracking trials of e-scooters, bringing this programme already underway for next year forward to next month, and extending those trials from four local authorities to every region in the country that wants them in a bid to get e-scooter rented schemes up and running in cities,” he said.

The trial wouldn’t extend to individuals who want to buy their own private scooter, but is intended for cities who want to operate rented scooter schemes in partnership with scooter firms.

The trial could lead to an overhaul of UK laws, which currently don’t permit electric scooters anywhere except on private land and where the government has allowed some limited trials.

But companies operating scooter rental schemes will need to prove they are a safe and green mode of urban transport before the legislation is updated. The death of YouTube Emily Hartridge in 2019 due to a scooter accident provoked some caution in government about changing the laws.

Firms will also need to prove that scooters can be cleared off public streets and stored or parked safely when not in use.

It’s good news for Silicon Valley scooter firms such as Lime and Bird, which have lobbied for some two years for scooter rental schemes to be permitted in the UK, as well as European competitors such as Voi, Tier, Bolt, and Wind. Bird already runs a limited trial of its scooters in an area of east London.

It’s also good news for the many scooter enthusiasts who already zoom around the UK’s city streets on their vehicles, albeit illegally.

The green-lighting of scooter trials is part of a wider £2 billion package to double down on green measures during and after the pandemic. Air quality in the UK and other lockdown nations has drastically improved during the first few months of 2020, with Shapps noting the decline in pollution was “one of the few benefits” of the pandemic.

The UK will hope that one positive side effect of the pandemic might be an overall reduction in car usage. It must also work to reduce public transport crowding, to reduce the risk of further waves of infection. Other green measures announced on Sunday included pop-up cycling lanes and wider pavements.

There are still questions about how green scooters actually are. A North Carolina State University study published in August 2019 suggested that scooters were greener than cars but might be less green than cycling, walking, or taking the bus. The issue may be fixable, the study’s authors concluded, if scooters become more robust and are charged more efficiently, among other measures.

Alan Clarke, UK director of policy for Lime, said of the accelerated trials: “This is great news for people in towns and cities across the country.

“As we move beyond the current lockdown restrictions, e-scooters will provide a safe, sustainable and affordable way to travel whilst social distancing. They will also offer a great alternative to driving – helping to keep cars off the road. We look forward to working with local authorities to offer our shared e-scooter scheme as soon as possible.”

Travis VanderZanden, chief executive of Bird, said in a statement: “At such a crucial time, it’s inspiring to see the UK government taking significant strides to accelerate access to shared micromobility — putting safety and climate action at the top of the agenda.

“With public transport capacity constrained due to the pandemic e-scooters will provide people with a sustainable and socially responsible transportation option. Congestion and air quality has improved dramatically in towns and cities throughout the UK in recent weeks, and we’re pleased to see the Government is committed to keeping it this way as part of their green transport revolution.”

Fredrik Hjelm, cofounder and chief executive of Swedish scooter startup Voi, said the firm would participate in UK trials and would work with policy makers and local authorities. He said: “As we emerge from lockdown, people will want to avoid overcrowded public transport but we need to make sure that there are good non-polluting options available, that suit all abilities and pockets.

“Right now we have an opportunity to reinvent urban transport and to increase our use of electric vehicles, bikes and e-scooters. The last thing anyone wants, as communities emerge from this crisis, is for people to resort to cars to get around.”

Original source article: https://www.businessinsider.com/uk-allow-scooters-june-covid-19-2020-5?r=US&IR=T
Author: Shona Ghosh
Disclaimer: This article was not originally written by a member of the HighwaysIndustry.Com team. 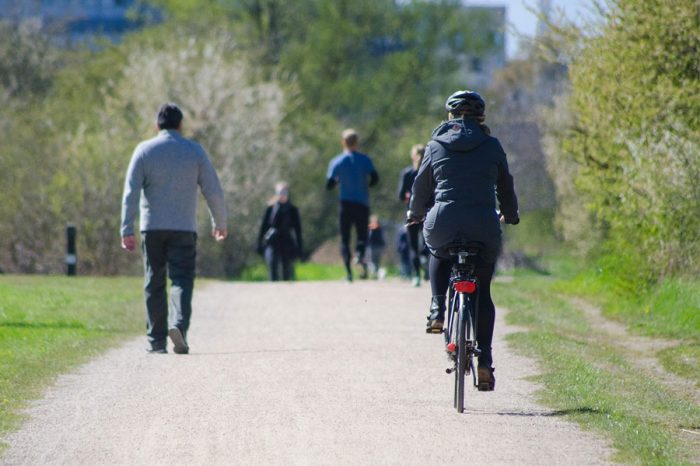 £2bn to boost walking and cycling as public transport alternatives 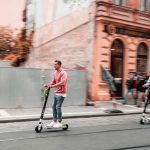