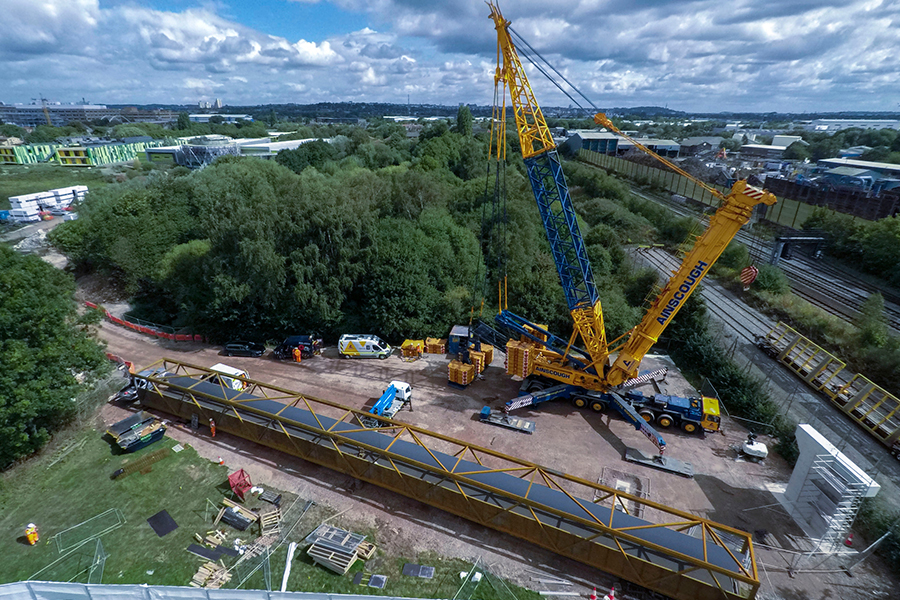 Eurovia Contracting North has installed a bespoke 50m steel footbridge over the Midland Main Line as part of a £3.6million scheme for Nottingham City Council to link two key locations in the city.

The bridge forms part of a new footway which will connect the Boots Campus of the Nottingham Enterprise Zone with Nottingham Science Park and University Boulevard.

The bridge – which will also improve links to the University of Nottingham and the Queen’s Medical Centre – was lowered into place during the early hours of Sunday 26 August. A 1,000 tonne crane, a 150 tonne crane and a 55 tonne crane were all used to install the footbridge, which crosses the Midland Main Line, which is the main route for trains travelling between London and Sheffield. 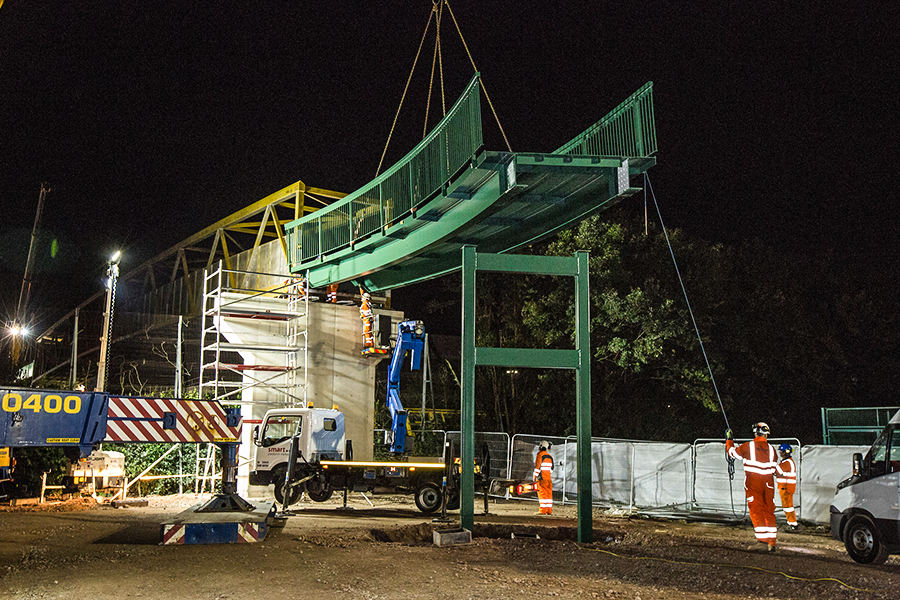 Eurovia Contracting worked closely with Nottingham City Council and Network Rail during the design and installation of the bridge, which was made by fabricator Briton specifically for this scheme. Ramp sections leading up to the bridge, which will span up to 80m each, are due to be installed by early October.

Councillor Dave Liversidge, Nottingham City Council’s Portfolio Holder for Transport, said: “It’s exciting to see the bridge in place. Improved pedestrian and cycle links are important to unlocking the full potential of the Nottingham Enterprise Zone, and this is a key milestone in a scheme to better connect our growing cycle network with Nottingham city centre.

“Providing wider options for travel, making it easier for people to cycle and use public transport, is all part of our plan to keep Nottingham moving and ultimately reduce congestion on our roads. 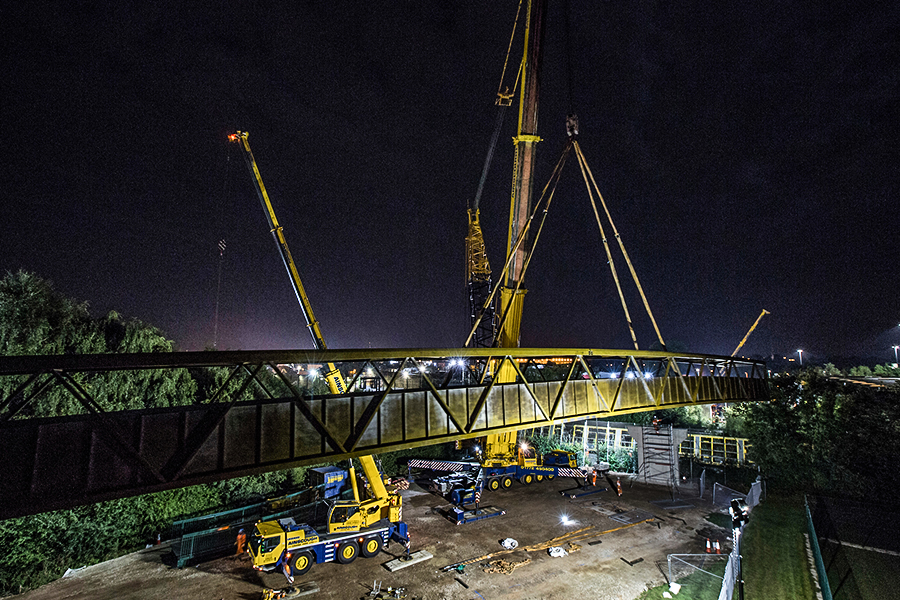 “This new path not only improves links between the Boots Campus with the other Enterprise Zone sites – Nottingham Science Park and the Medi-Park – but also ensures the site is well connected to the existing transport network, mainly the bus and tram services on University Boulevard, and also the Western Cycle Corridor.”

Matthew Stubbings, Divisional Manager at Eurovia Contracting North, said: “Understandably for a bridge which crosses such a busy stretch of railway, it was important that we minimised disruption as much as possible, so the structure was installed between 12.40am and 6am.

“We’ve had to overcome several challenges during the project, including some last minute design changes, but the fact we have now managed to successfully install the bridge is testament to the excellent work of the team involved.”

Time-lapse video footage of the bridge installation is available here. 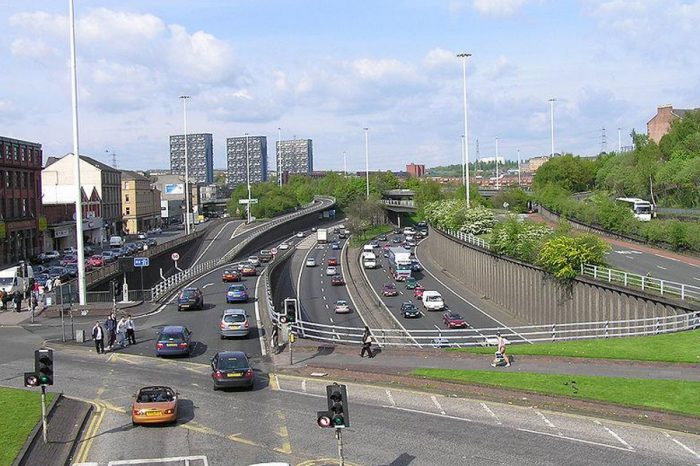 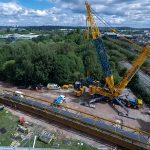