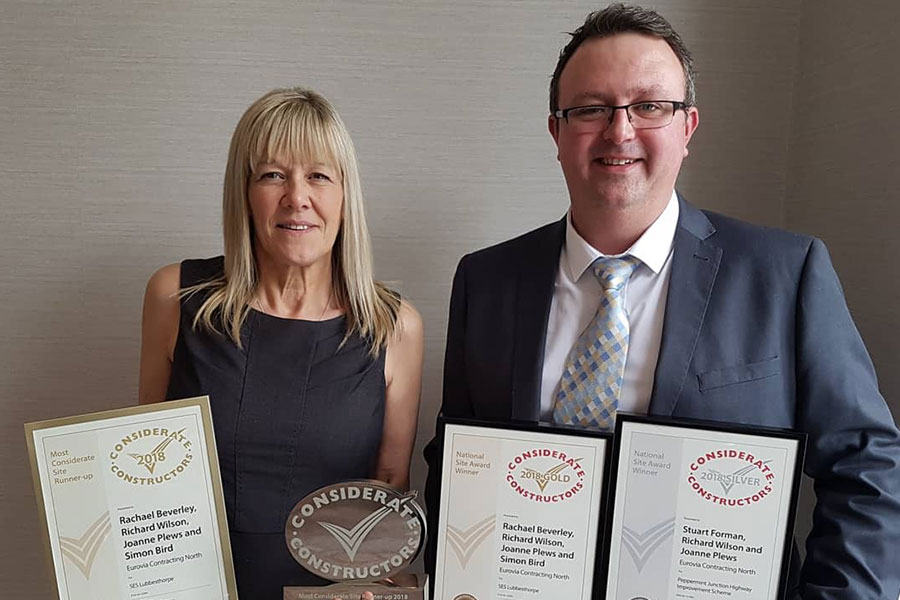 Eurovia Infrastructure Limited has won four prestigious Considerate Constructor Awards for schemes including highways improvements and the transformation of a city centre.

Eurovia Contracting North picked up the two gold awards and two silver at the Lowry Hotel, in Manchester, as well as being named national site runner-up on two projects in the Most Considerate Site category.

The awards were held between 10 and 12 April and recognise the highest performing companies and suppliers that have demonstrated excellence in relation to the community, the environment and their workforce.

Eurovia Contracting received the gold awards and national site runner-up accolades for the company’s work on two projects – roundabout improvements on the junction of the A42, A511 and A512 in Ashby de la Zouch, and the delivery of walking, cycling and public transport infrastructure to the Strategic Employment Site (SES) Lubbesthorpe, Leicestershire.

“Under the Midlands Highways Alliance we are proud to continue to deliver outstanding projects and strengthen our position as a leading UK highways infrastructure contractor.”

Eurovia Contracting also received a silver Considerate Constructor Award in recognition of the delivery of the £5.4m Peppermint Junction project in Holbeach, Lincolnshire.

This key local regeneration project included a new three-arm roundabout at the A17/A151 junction, making access to the A17 safer, easier and faster than the previous T-junction. It also involved the addition of a second roundabout that will provide access to housing and commercial development land.

It was also given the silver accolade for the transformation of Hull city centre in time for the City of Culture celebrations. The public realm scheme by Eurovia Contracting North connected separate phases of the city’s development, and involved the redesign of 14 streets and four public spaces, including key retail areas, a civic square, historic town streets and the iconic Trinity Square, which is home to Hull Minster. 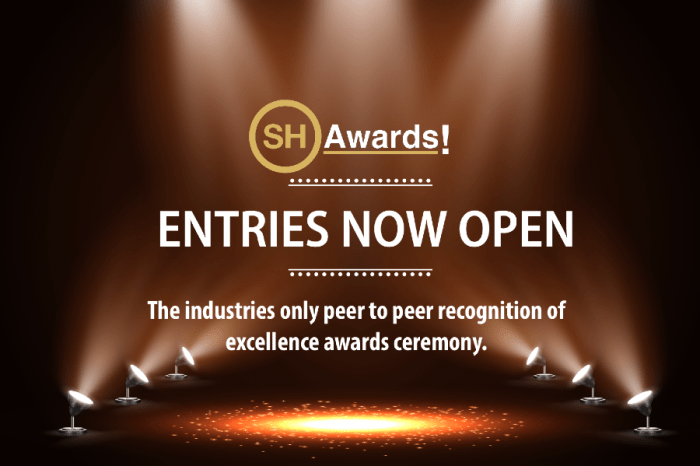 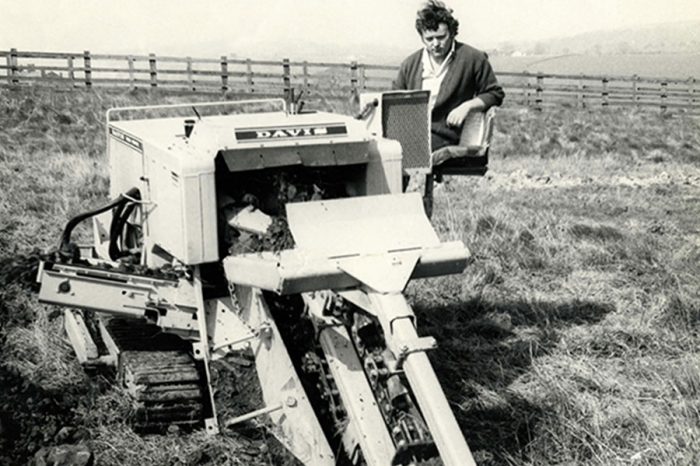 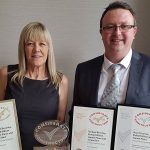