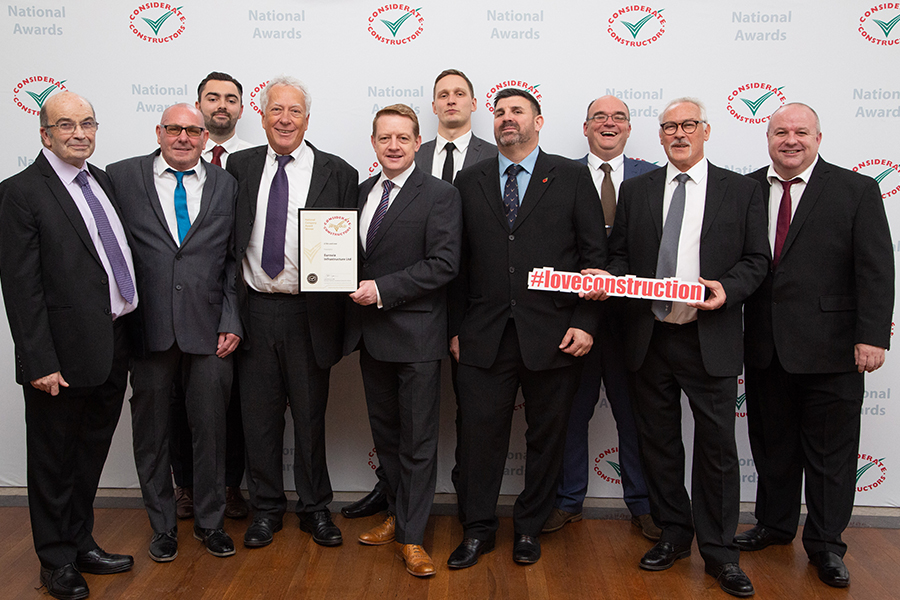 The business was praised for the high standards of safety and housekeeping on its sites at the annual event which serves to reward the companies which have demonstrated excellence in relation to the community, the environment and their workforce during the year. 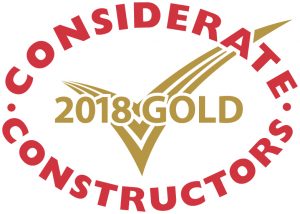 Only the highest scoring companies are eligible to win, and Eurovia Infrastructure was awarded the highest accolade during a ceremony at the Royal Institute of British Architects in London.

Eurovia was one of the highest scoring of all registered this year, scoring between ‘very good’ to ‘exceptional’ in five categories, namely appearance, community, environment, safety and workforce.

This year’s site assessment took place on a one-day resurfacing project by Eurovia Surfacing, led by Lee Godding, in the village of Great Wigborough, Essex. The CCS assessor was very impressed with the compliance to the scheme on a very short duration contract.

Phil Skegg, Managing Director – Eurovia Contracting, said: “It is a great achievement to receive a Gold Award from the Considerate Constructers Scheme and one which is richly deserved by our Contracting and Surfacing teams.

“Receiving a Gold Award after last year’s Silver shows we are heading in the right direction and is testament to all those who’s hard work and diligence has been recognised.” 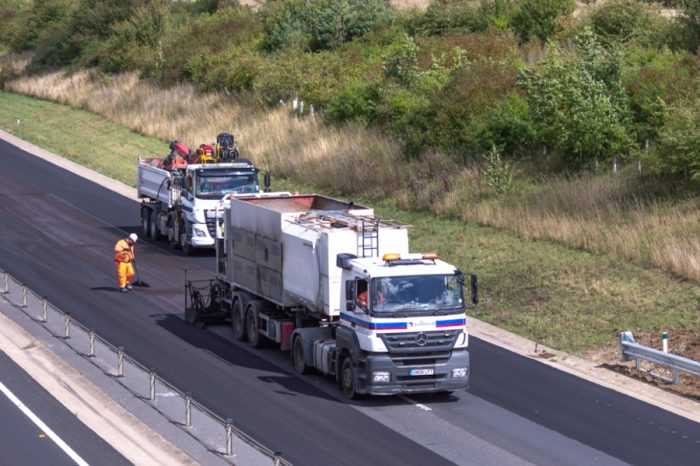 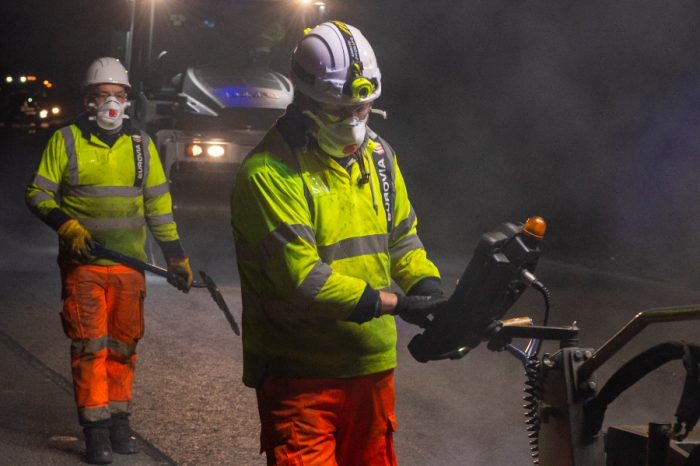 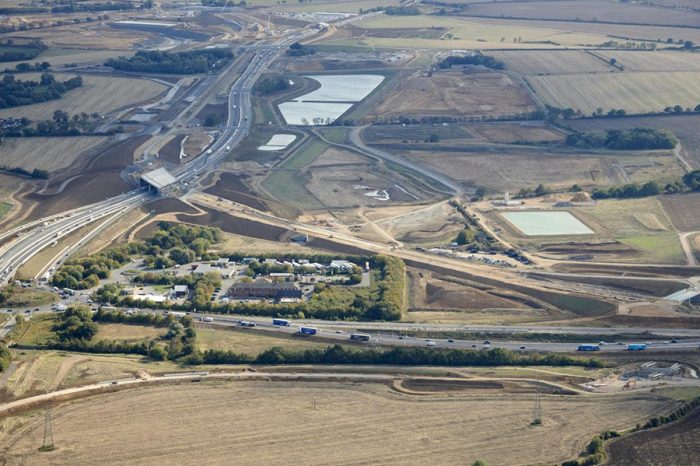 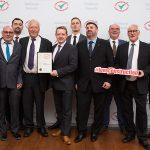