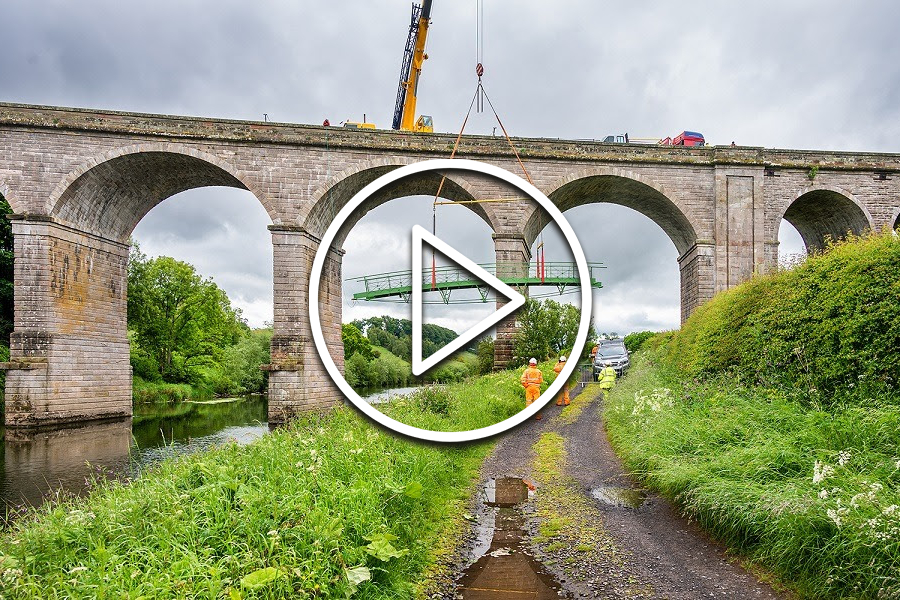 Breathtaking footage of a rare Victorian footbridge being reinstalled following extensive renovation work funded by National Highways has been released.

The Teviot Viaduct footbridge, which opened in 1850, is normally supported on the north side of Roxburgh Viaduct in the Scottish Borders but at the end of 2020 the three spans were dismantled and taken to Barnsley-based contractors AmcoGiffen for specialist attention.

The wrought-iron structure was then dismantled into almost 500 small pieces and, after many months of painstaking work, rebuilt like a giant jigsaw before being transported back to site.

The viaduct and its footbridge are among the 3,000+ former railway structures maintained by National Highways Historical Railways Estate (HRE) on behalf of owners, the Department for Transport. The footbridge is a key part of a popular circular walking route along the Border Abbeys Pedestrian Way.

“We’re delighted that the renovation work has been such a huge success and generations to come will be able to enjoy this beautiful historic structure.

“The footbridge had been badly impacted by flooding as well as general decay and without these major repairs and renovations it would have become unsafe to use.

“This wasn’t a quick or easy renovation project, but it was very worthwhile and we’re incredibly proud of what has been achieved.”

Working closely with Scottish Borders Council conservation officers, specialist engineers assessed each piece of the footbridge, refurbishing and reusing as many as possible.

Elements that were beyond repair were digitally scanned so exact copies could be produced using a variety of techniques including laser cutting, profiling, casting and welding. Dome-headed bolts have been used to give the appearance of rivets used on the original bridge construction.

Each of the footbridge’s three spans were then reconstructed using a combination of retained and newly fabricated elements and painted ready for the 190-mile journey back to the Scottish Borders.

Specialist steerable trailers were used to navigate the 16 metre spans on narrow roads and the old trackbed on the approach to the viaduct where a 55 tonne crane and specialist abseiling workers were used to manoeuvre the bridge back into position. Onsite fabrication work was needed to link the three spans back together before the bridge could be reopened to the public.

“We’re very pleased that the re-installation has gone to plan and it’s been gratifying to hear the positive feedback from the local community who have been following the work on site with great interest.

“This has been one of our more challenging projects but also very rewarding because the bridge is so unique. It has been really satisfying to see it rebuilt to the same intricate detail as the original Victorian design, whilst sympathetically bringing the bridge up to modern safety standards.”

The Roxbugh Viaduct formerly carried the St Boswells to Kelso railway branch line over the picturesque River Teviot. The line closed in 1964.

“It is great to see the historic Teviot footbridge restored. It is an extremely popular walking route, forming part of the Borders Abbeys Way, and the work undertaken will ensure that it can continue to be enjoyed for many, many more years.” 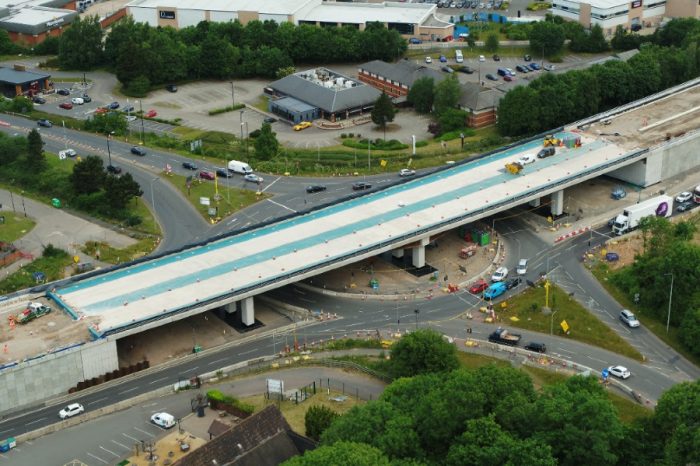 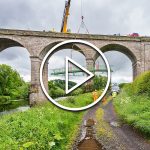