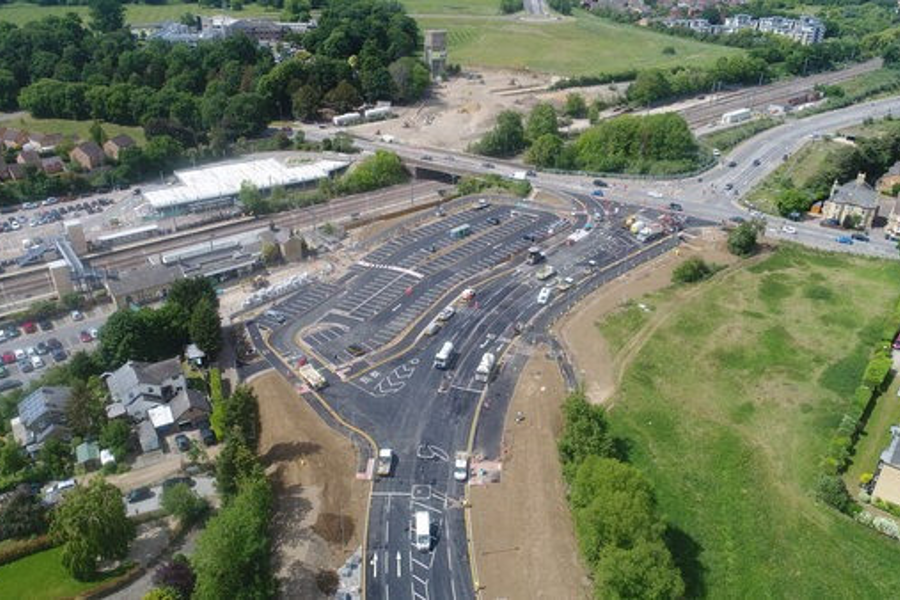 Today, the end of the road was reached on Britain’s biggest road building project for a generation as the last construction element of the £1.5 billion upgrade to the A14 in Cambridgeshire was opened.

Mill Common – the last in a series of new link roads making access to Huntingdon town centre easier and safer – was opened to the public for the first time this morning (June 2).

This formed the final road construction part of a £1.5 billion upgrade to the A14 in Cambridgeshire and ends over five and half years of major infrastructure work to boost the local economy and help connect rural communities.

The completion of Mill Common means almost a mile of new link roads have been built on the outskirts of Huntingdon helping to improve access to the market town and the new transport hub around the train station.

Developments at the station include a new car park for train users, better access for buses and other vehicles, improved footpaths, and significant tree planting.

This followed the dismantling of the old A14 viaduct which spanned the East Coast Main Line and brought increased noise and air pollution to the heart of Huntingdon.

The 12,000-tonne structure had been out of use since the new bypass on the A14 linking Cambridge and Huntingdon was opened in December 2019.

With the final road now complete, National Highways brings to a close the biggest investment in roads infrastructure for a generation. The major milestones included the building of a 12-mile bypass on the A14 in 2019 and upgrading 21-miles of the carriageway to three lanes in May last year.

This work means shorter and safer journey times for the 85,000 people that use the A14 each day. Figures indicate that motorists will be able to save up to twenty minutes on their journeys following the improvements.

The upgraded 21-mile section of the A14 remains a vital link connecting the East coast and the Midlands. The new road, which has been National Highways flagship project, is set to bring nearly £2.5 billion of benefits to the UK economy. 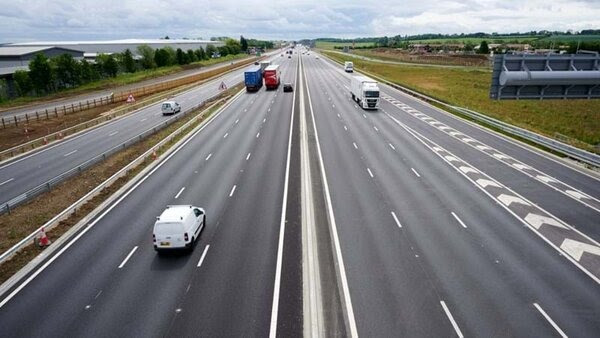 In total, the work to improve the A14 has employed over 14,000 people, with up to 2,500 working on site during the project’s peak. Building the new road took 14 million construction hours – the equivalent of almost 1,600 years.

Alongside the work to build and upgrade the A14, National Highways has also provided funding to Cambridgeshire County Council (CCC) to create new routes for walkers, cyclists and horse-riders. This means CCC have been able to build an additional 24-miles of routes across their network, enabling people to enjoy everything the county has to offer; both on and off-road.

To date around 940,000 trees have been planted as part of the scheme. This is a ratio of two to one for every tree that needed to be removed as part of the building project. Further tree planting is due to begin in October to address an unexpected failure rate from earlier planting schemes.

Laura Hampshire, Senior Project Manager on National Highways A14 Cambridge to Huntingdon improvement scheme, said: “This has been a huge amount of work and I am delighted to see the last piece of the jigsaw put in place with the opening of Mill Common.

“In the context of what we have achieved in this part of Cambridgeshire this small link road may seem little cog in a big machine, but I think it sums up what this project has been about for me; which is making a positive difference.

“Whether that has been the large elements of the scheme like the upgraded 21-mile stretch of A14, which will make a huge difference to the UK economy in terms of the movement of freight, or the more personal developments like the access roads and the new A1307 between Cambridge and Godmanchester. These will make it easier for people in rural communities to see each other or perhaps pop into Huntingdon to get some shopping. It’s all about making a positive change to people’s lives.

Thanking local residents for their support on the scheme, Laura added: “I would like to extend my gratitude on behalf of National Highways for the patience local people, in particular, have shown while we have completed this mammoth project.

“I would also urge people to reset and update their satnav systems as one or two things have changed around here.”

Among other benefits the project has delivered locally:

For more information on the A14 Cambridge to Huntington improvement scheme, visit: https://nationalhighways.co.uk/our-work/a14-cambridge-to-huntingdon/ 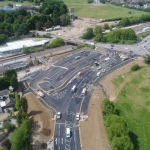