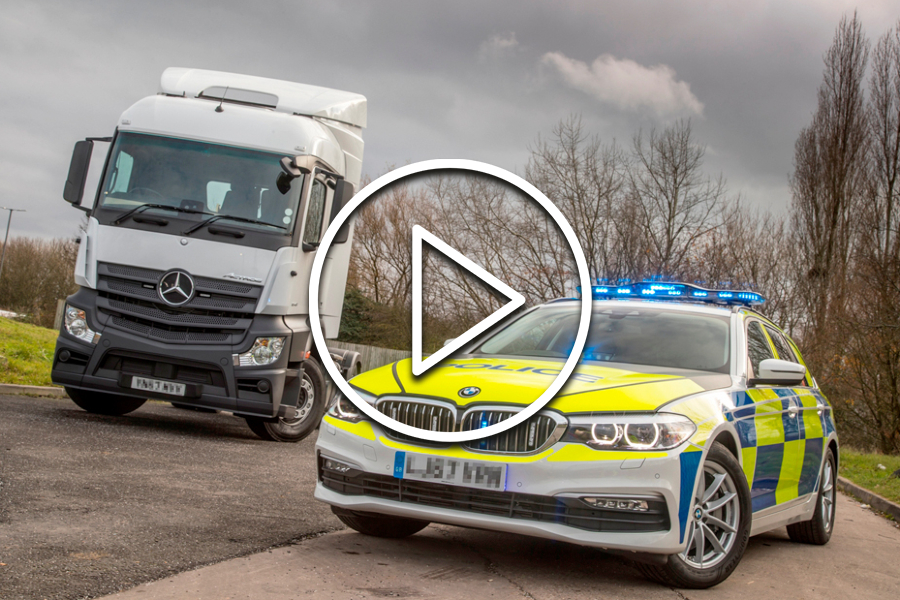 A fortnight of action is taking place in the South West to tackle dangerous drivers.

But what he didn’t realise was the vehicle travelling alongside was an unmarked National Highways ‘HGV cab’ – and there were two police officers inside.

The footage, taken between junctions 18 and 17 by Avon and Somerset Police, captures one of over 21,000 offences recorded by officers in the Operation Tramline HGV cabs since the national safety initiative was launched by National Highways, formerly Highways England.

The National Highways HGV cabs are now being used as part of a multi-agency fortnight of action along the M4 and M5, taking place from Monday 13 September to Sunday 26 September, which aims to reduce the number of incidents on the motorways and highlight the risks of dangerous driving.

Elsewhere in the South West, a truck driver who initially provided false details to Devon and Cornwall Police during an operation last month was later identified as disqualified and arrested, while Wiltshire Police caught a motorist speeding at 121mph along the M4 during a four-day operation earlier this year.

In just four days, the Wiltshire force dealt with drivers for the following offences:

A Gloucestershire Police operation in May saw:

Avon and Somerset Police, meanwhile, have utilised the HGV cab over four weeks this year, and recorded the following offences in that time:

Under the banner of Operation Peninsula, the campaign will be operating along the M4 between junctions 14 and 18, and the M5 from junction 8 to junction 31.

National Highways deals with countless incidents on the M5 and M4 motorways, and in the latest figures, the company attended a large number of traffic collisions – 526 on the M4 and 821 on the M5 in 2019. Since the launch of Operation Tramline in 2015, more than 21,600 offences have been recorded on the National Highways motorway network. The most common offences have included:

In total, 19,564 vehicles have been stopped in Operation Tramline between July 2015 and April 2021. In that time, a number of bizarre and dangerous behaviours have been spotted:

“The HGV cabs are an important part of our commitment to tackling unsafe driving and those who take unnecessary risks with their own safety and that of others on the road.

“The number of people found using their mobile phone while driving is quite alarming. You are four times more likely to be in a crash if you use your phone and, if caught, face a £200 fine and six points on your licence.

“Through this fortnight of action on the M5 and M4 we want to make all of our roads safer by raising awareness and encouraging motorists to consider their driving behaviour.”

From their elevated viewpoint in the unmarked HGV cabs, police officers are able to spot people driving dangerously – whatever vehicle they may be in. 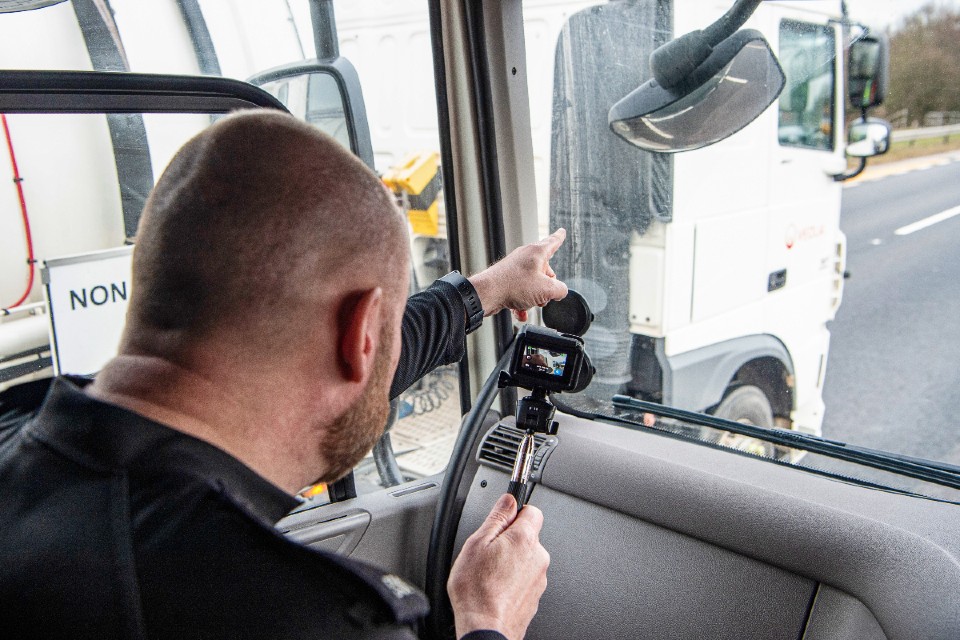 Consequences for the drivers range from warnings to fixed penalty notices, court summons or even arrest.

In addition to the operational patrols, partners taking part in Operation Peninsula will be present at motorway services along the M5 and M4, offering advice to drivers such as what to do in a breakdown and ensuring load safety.

National Highways’ traffic officers will be providing free tyre checks and safety tips, and vehicle checks will also be carried out by the DVSA (Driver and Vehicle Standards Agency) at various locations along the M5 and M4.

Four regional forces are taking part in Operation Peninsula – Gloucestershire, Wiltshire, Avon and Somerset and Devon and Cornwall – and the Devon and Somerset Fire Service will also be playing a part during the road safety fortnight.

At Taunton Deane Services on Friday,17th September, Avon and Somerset Police will also be joining forces with Somerset Council, the DVSA, Devon and Somerset Fire Service and National Highways at a ‘Fit for the Road’ event.

“We will be conducting our vital enforcement work during this operation across the South West, as we do throughout the year, ensuring commercial vehicles are both roadworthy and safe.

“We are determined to protect the public from dangerous drivers and vehicles on UK roads and ensure that non-compliance, whether intentional or not, does not endanger the public.

“We are delighted to be a part of this key road safety exercise alongside our partners.”

And Nina Day from the Health and Safety Executive’s Transport Sector, said:

“Employers must ensure that drivers, other workers, and members of the public are kept safe when vehicles are used for work.

“There are legal requirements for employers to have robust procedures in place to manage vehicle safety, including ensuring suitable procedures are in place, providing workers with appropriate training and equipment, maintaining equipment and vehicles, and supporting drivers when they raise concerns.

Original source article: https://www.gov.uk/government/news/footage-shows-lorry-driver-with-a-mobile-phone-to-each-ear-on-motorway-ahead-of-south-west-road-safety-initiative
Disclaimer: This article was not originally written by a member of the HighwaysIndustry.Com team. 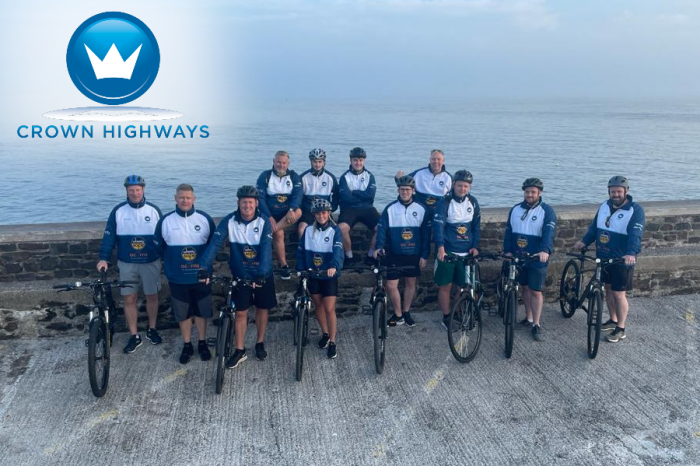 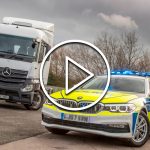