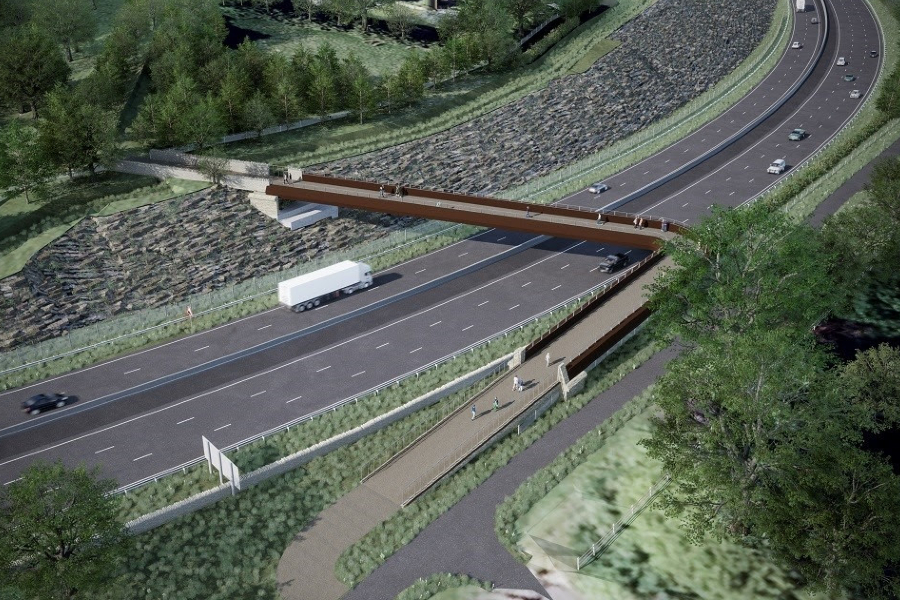 An artist’s impression of the scheme shows plans for a 37m-wide crossing, connecting habitats and allowing users of the Gloucestershire Way to cross the improved A417 safely

National Highways has welcomed the go-ahead for a major road upgrade to the A417 between Gloucester and Swindon – helping to boost the regional economy and transform journeys for millions of people.

Transport Minister Huw Merriman has given the long-awaited decision for this landscape-led highways scheme that will deliver a safe and resilient free-flowing road while conserving and enhancing the special character of the Cotswolds Area of Outstanding Natural Beauty (AONB).

The scheme will improve the connection between two dual carriageway sections of the A417 at Brockworth and Cowley, and links between the M4 and M5.

On an average day, the road carries approximately 40,000 vehicles and congestion can be frequent and unpredictable, so some motorists divert onto local roads to avoid tailbacks. This causes difficulties for neighbouring communities and local roads were not built to accommodate so much traffic.

Upgrading this section of the A417 to dual carriageway, in a way that is sensitive to the surrounding Cotswolds Area of Outstanding Natural Beauty, will help unlock Gloucestershire’s potential for growth, support regional plans for more homes and jobs and improve life in local communities.

National Highways’ Chief Executive Nick Harris said: “We’re delighted with the Minister’s decision. This means we can get going with this major upgrade, which is vital for local communities and the regional South West economy.

“We would like to thank everyone who has worked with us to help shape this vital scheme and provided valuable feedback. We will continue to work closely with local communities as we move towards the start of construction in 2023, making sure everyone is kept informed and disruption is kept to a minimum.

“This is a significant investment of £460m in our road network that will improve road safety, reduce traffic congestion and improve connectivity for road users and local communities.

“We are designing the scheme to fit sympathetically within the landscape, providing the opportunity to link habitats and support environmental sustainability, while unlocking economic growth in Gloucestershire and beyond.”

The A417/A419 provides an important route between Gloucester and Swindon that helps connect the Midlands/North to the South of England. It’s an alternative to the M5/M4 route via Bristol.

The Missing Link itself is a three-mile stretch of single-lane carriageway on the A417 between the Brockworth bypass and Cowley roundabout in Gloucestershire.

It causes many problems for road users and those who live or work in the area. Congestion can be frequent and unpredictable, so some motorists divert onto local roads to avoid tailbacks.

This causes difficulties for neighbouring communities and local roads were not built to accommodate so much traffic. Poor visibility and other factors also mean that accidents, many of which are serious, occur frequently along this section of road.

The granting of the DCO means preparatory work on the project can begin early next year with construction due to begin later in 2023.

Following the green light, National Highways’ A417 project team, including our contractor Kier, will be out and about in a mobile exhibition van, to give people an update on the project and answer any questions you may have following the latest announcement. They can be found on the following dates and times: 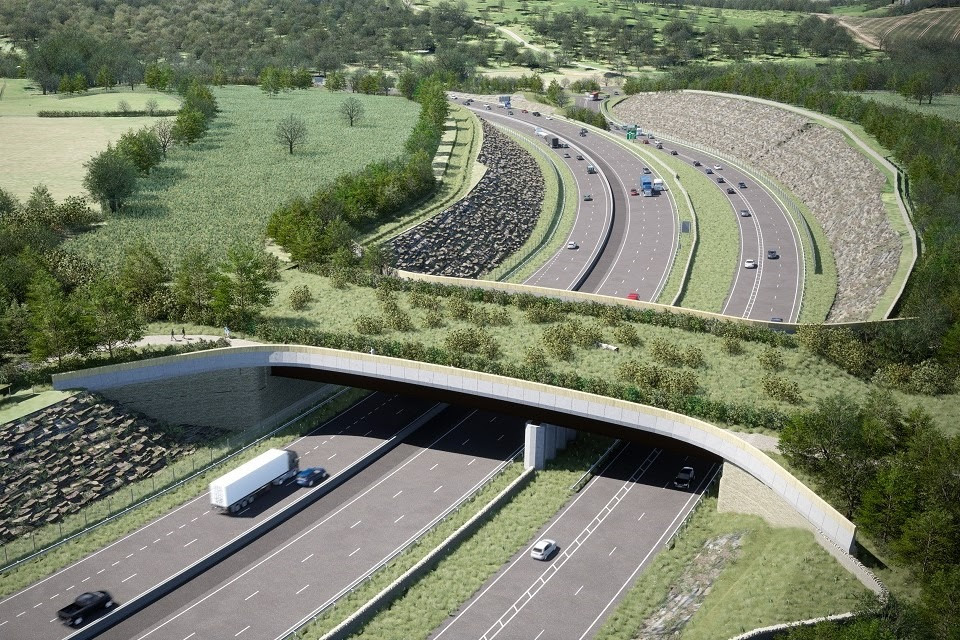 Paul Baker, Programme Director – UK South for Kier Highways, said: “Kier Highways is proud to be working in conjunction with National Highways on this notable scheme – the A417 Missing Link, which is a crucial connection between the M5 and Swindon.

“We will work together to build a landscape-led design that will enhance the strategic network whilst preserving this special AONB for the local community.

“We will work closely with our stakeholders and customers to minimise disruption and stay connected throughout to provide reassurance of our commitment to you until this major project is concluded.”

David Owen, GFirst LEP CEO, added: “We are delighted that the Minister has now given his full approval to the A417 ‘Missing Link’ scheme. It is a daily source of delays and frustration for motorists and hauliers and sadly may have contributed to a number of fatalities and serious injuries over recent years.

“We believe that National Highways has developed an exceptional scheme which will not only resolve the critical transport issues but will minimise the environmental impact locally and, in some aspects, make a positive contribution to the landscape with new bridges for both the Cotswold and Gloucestershire Ways and the re-greening of some of the current route. We very much look forward to seeing the project start on-site in 2023.” 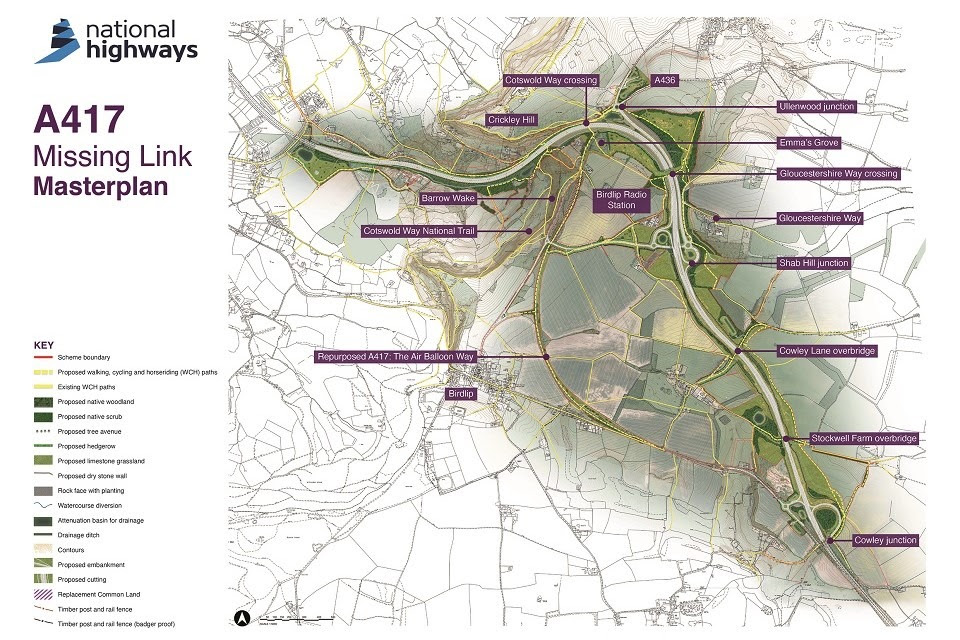 Our aim is to improve this section of the A417 with a scheme that includes:

Similarly, supporting the landscape vision of the scheme, we continue to work with our stakeholders to maximise the benefits. We will be creating new habitats and habitat connections for native wildlife including bats, bees, badgers and more to flourish.

To ensure this, we will deliver:

You can view the Transport Minister’s decision letter here.

For more information on our Development Consent Order (DCO) and to view the DCO documents, please visit the scheme page on the Planning Inspectorate website.

For further information on the A417 Missing Link upgrade, go to: https://nationalhighways.co.uk/our-work/south-west/a417-missing-link/ 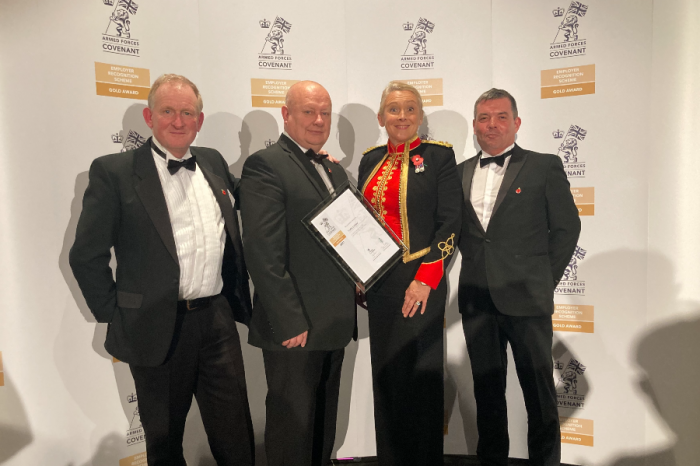 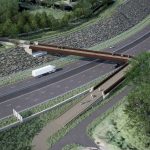