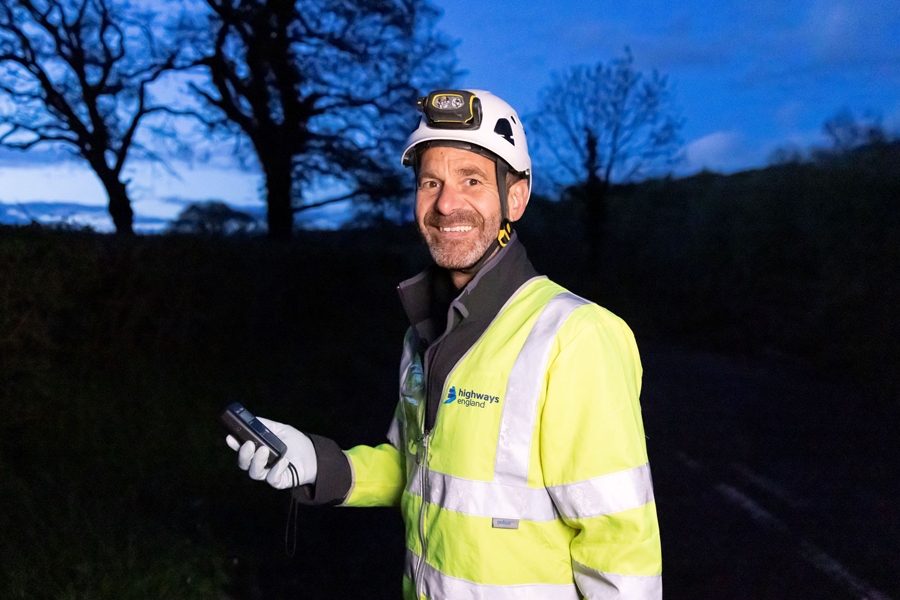 The female adult Soprano Pipistrelle bat was spotted on the ground by eagle-eyed Highways England structural inspector George Webb on a routine inspection of the A303 Marsh junction underbridge just before Christmas.

George immediately enlisted the help of Leonardo Gubert, Highways England’s senior ecologist in the South West, who collected the stricken bat – one of the smallest species in the country – and transferred her to the Mid Devon Bat Rescue Centre for assessment. 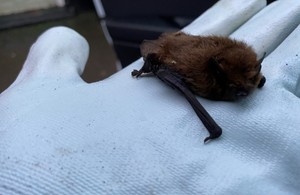 Noella, the Soprano Pipistrelle bat rescued by Highways England near the A303

Christened Noella on account of her seasonal discovery, the bat was found to have suffered rib and wing injuries in the presumed fall from her bridge deck roost.

In a state of torpor in the lead-up to hibernation, Noella was initially given a specially prepared rehydration solution and once placed in a room with other bats, she began feeding within a day.

Under the care of Kari Bettoney, the recuperation and rehabilitation continued through the winter weeks and months, and with her injured wing fully restored after physio and exercise, Leonardo has now released Noella back into the wild and close to the habitat where she was first discovered.

It is thought she may be pregnant too, and will now have the chance to find a home to give birth to her baby.

“She really was in a poor state, it was nice to give her a second chance and with the vital help of Kari, it was pleasing to be able to release her back into the wild.

“Most bats are seasonal visitors to buildings, including highways infrastructure, and although they’re unlikely to live in the same place all year round, they’re creatures of habitat and loyal to their roosts so I released her close to the location she was found alongside the A303, and hopefully she’ll find her way home and resettle.”

Registered with the Bat Conservation Trust, Kari has operated the Mid Devon Bat and Dormouse Rescue Centre since 2014, and she added:

“We’re releasing a dozen bats back into the wild this spring and that’s incredibly rewarding.

“Without doubt, Noella would have died without the help of Leo and Highways England – she has been exercising in a flight pen, which has been fundraised for us, and we suspect she’s carrying a baby, so effectively we’ve released two bats back into the wild.

“Bats are diminishing in numbers – the colder weather we’ve been experiencing means less insects and less food for them – so it’s encouraging that the females we’re releasing will go on to have more babies.”

Highways England works with a number of partner groups and agencies when animals are found alongside its road network, and the protection of wildlife species and their habitats is paramount in a lot of its work – from the planning of improvement and maintenance schemes to the design of major infrastructure projects.

“When our modern road design, we include measures to help protect wildlife from live traffic as far as practicable, and our traffic officers are trained to handle and recover animals. We are always open to new technologies and innovations to help reduce the number of animals harmed on our network, and we undertake a lot of work to protect the habitats of bats and many other species.”

For anyone who does come across a bat requiring help, the Bat Conservation Trust offers the following guidelines:

Original source article: https://www.gov.uk/government/news/highways-england-flies-to-the-rescue-to-save-stricken-bat
Disclaimer: This article was not originally written by a member of the HighwaysIndustry.Com team. 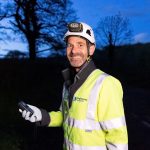