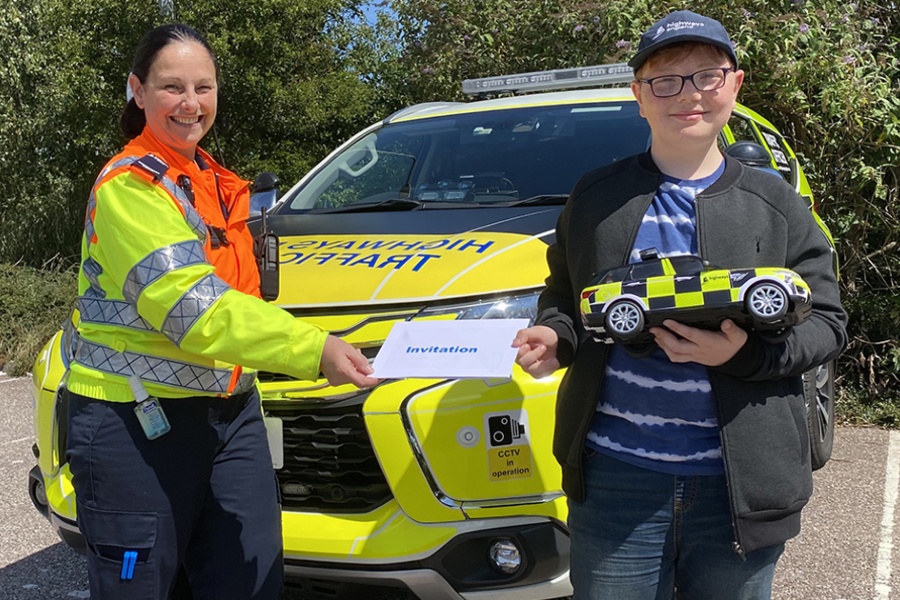 Ten-year-old Toby Mouzouros has a driving ambition to become a Highways England traffic officer when he gets older.

And to help him get accustomed to handling one of the company’s signature Land Rover Discovery vehicles, he and father Dinos have spent some of their lockdown hours customising a remote-control Range Rover into his very own model traffic officer vehicle.

Delighted with the new addition to his remote control collection, the truck-mad youngster from Devon tweeted an all-action video of his creation – prompting not only a number of likes, but also high praise and a personal invite from Highways England to have a trip out in a real vehicle once the lockdown eases.

“It’s a fantastic model of a traffic officer vehicle, and fantastic recognition of the work of our traffic officers. We were so impressed, we’d love to give Toby a personal ride-out in one of our own vehicles once the current restrictions are relaxed.

“It’s lovely that he’d like to consider a career as a traffic officer too – they carry out a fantastic, helpful and supportive service for all drivers on our road network – and we’d love to get him out on the road and to show him around our control room once we get the opportunity.”

The youngster, from Plympton, first became acquainted with Highways England’s on-road support service when a traffic officer tended to him and his dad following a minor road traffic incident on the M43 last year.

“Toby loves trucks and during a VIP trip to Eddie Stobart’s HQ in Rugby we were involved in a collision on the M43. A traffic officer tended to us and was incredibly helpful, and that made a lasting impression.

“Later, we visited the Highways England stand at a Truckfest event in Somerset and since that day Toby’s said he’d like to be a traffic officer – that or a truck driver of course!

“He knows all there is to know about the traffic officer service and their vehicles and he still says there’s a couple of things not exactly right with his model version.”

Woodford Primary School pupil Toby is also a member of the Plymouth RC Trucks and Models club and regularly posts videos of his growing remote and perfectly scaled vehicle collection on YouTube.

“It’s been quite difficult not going to school, or the club, and not being able to see my friends during the lockdown. But this has been cool, a real highlight, and I can’t wait to go out for a ride-out with a Highways England traffic officer.”

“We all loved the remote-control traffic officer vehicle, absolutely brilliant, and just like the real thing. It will be a pleasure to have Toby along as a passenger once the lockdown restrictions are relaxed.”

Highways England’s traffic officers patrol England’s motorways and major A roads – including the M4, M5 and A30 in the South West – to help to keep traffic flowing smoothly.

Traffic officers do not have enforcement powers, but they do have the power to stop and direct traffic, close lanes and carriageways and manage traffic, and road users must obey their directions.

Working closely with police forces, as well as incident management, they also deal with broken down and abandoned vehicles on the strategic road network, recover vehicles causing a blockage or hazard, and ensure that the scene of an incident is safe, for both road users and working partners.

Find out more information on the roles and responsibilities of a Highways England traffic officer.

Original source article: https://www.gov.uk/government/news/highways-england-traffic-officers-prove-a-real-role-model-for-10-year-old-toby
Author: Highways England
Disclaimer: This article was not originally written by a member of the HighwaysIndustry.Com team. 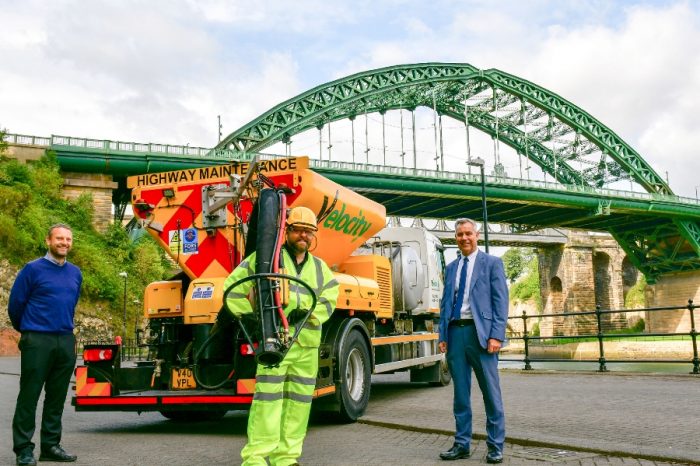 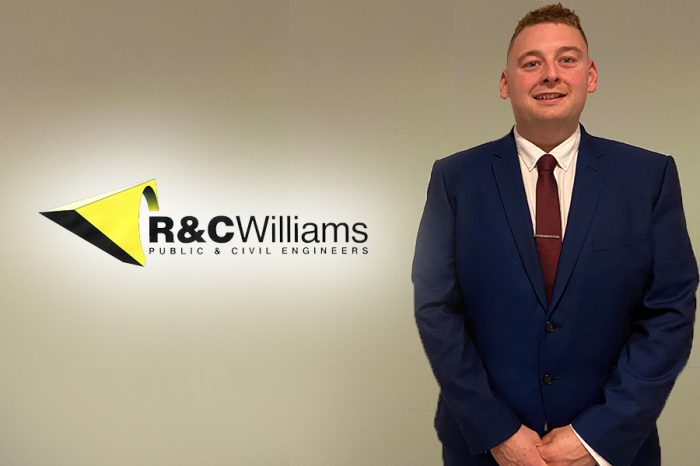 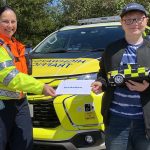