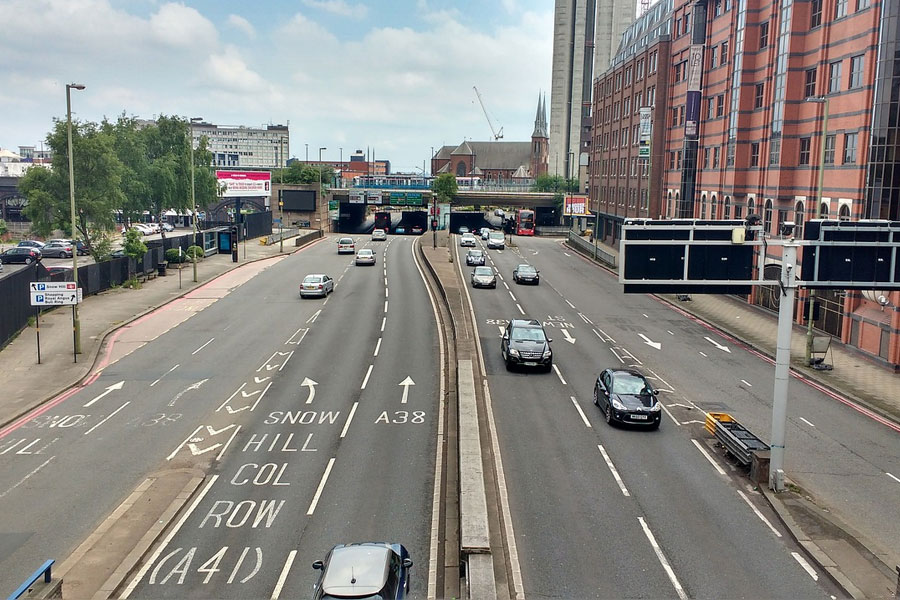 Is the Clean Air Zone coming to Birmingham the best and fairest option for tackling pollution?

Other places have done things very differently – with three cities dropping the idea of a CAZ altogether.

Initiatives such as changing traffic flow, upgrading buses and bin lorries and creating distribution hubs to make deliveries into the city less frequent and more efficient have been introduced instead.

Birmingham’s Category D CAZ starts on June 1 and will see non-compliant, non-exempt vehicles facing a daily charge for coming into the city centre.

It will affect a quarter of the traffic on Birmingham’s roads. This will include people who live, work, shop, dine, drink, go clubbing, visiting attractions, or deliver goods in the area inside the A4540 Middleway Ring Road.

So how does Birmingham’s zone compare with similar schemes elsewhere? It turns out it is all being done very differently in many other places.

Some cities have scrapped charging zones altogether, while others are not doing it in such an extensive or extreme way. And then of course there’s London…

Taxis, vans and minibuses face a £9 charge if non-compliant with emissions standards, while coaches, buses, trucks and lorries face a £100 charge.

Private heavy goods vehicles such as motorhomes and horse transporters are charged £100 unless registered with the council, in which case the amount drops to just £9.

The council in Derby ruled out a Clean Air Zone or any form of charging but it is introducing other initiatives.

Junctions and lanes are being changed in some parts of the city centre to manage traffic flow and create alternative routes. Work started on this in February 2021 and will continue until June.

And there will also be a Local Air Quality Plan to encourage more people to switch to low-emission vehicles and greener travel choices. It includes more electric car charging points, incentives to scrap or upgrade high-polluting vehicles, and the encouragement of community car clubs (also known as car-sharing services or car pools) where people can hire a low-emission vehicle.

The council said: “The proposal does not include a clean air zone or any form of charging. It is considered that the package of measures proposed for the preferred option can achieve the aims of the project without the need for a clean air zone. However, in prioritising specific measures on the highway network to address the exceedance, there will be some redistribution of traffic flow.”

Leeds announced a Clean Air Zone in 2018 but it was scrapped in October 2020 – despite £11.5 million already being spent on it in the form of grants for taxi drivers to upgrade to cleaner vehicles and a new camera network with numberplate recognition.

Private cars would not have been charged under the Leeds plan. But taxis, buses, vans and lorries would all have had to fork out if they didn’t meet emissions standards.

The CAZ was dopped after a dramatic improvement in air quality as hundreds of businesses hastily upgraded their fleets to avoid being clobbered by charges, our sister title Leeds Live reported.

Polly Cook, the council’s chief officer for sustainable energy and air quality, said: “What we’ve actually seen is the outcome that we were hoping the CAZ would deliver.

“We have seen the switch to cleaner vehicles much faster than we had expected. We have achieved the CAZ objective without the CAZ actually being introduced. We’ve never charged the vehicles, but we have cleaner air.

“Even now, if we were to introduce the CAZ it wouldn’t make a significant difference, because of the changeover of fleet that we’ve already experienced.”

Nottingham also cancelled its plans for a Clean Air Zone.

Citywide measures already under way to improve air quality and bring pollution below the legal limit mean a CAZ is no longer being considered in Nottingham.

Projects contributing to the fall in air pollution include retrofitting 180 buses with clean exhaust technology, requiring every taxi and private hire vehicle in the city to be low emission, and the council replacing its own heavy vehicles – such as bin lorries – with electric or other low emission vehicles.

Announcing the decision to axe the CAZ back in 2018, Cllr Sally Longford, Portfolio Holder for Energy and Environment, said: “Although we considered a Class B Clean Air Zone – which would have affected HGVs, buses and taxis – the actions we’re taking will have a positive impact across the whole city, rather than just in one area.

“Our priority has always been the health of our citizens, rather than meeting Government targets, and this hasn’t changed. Road vehicles are one of the largest contributors to air pollution, and it’s thanks to the council’s significant and sustained investment in green public transport, like the trams and low emission buses, that we are in a really strong position to be able to improve air quality.

“We have one of the UK’s largest all-electric park and ride fleets, an electric tram that carries more than 17 million people every year and the world’s largest fleet of low emission biogas buses. These measures have already gone a long way to achieving cleaner air in the city.”

Southampton was among the first local authorities asked by the Government to investigate a Clean Air Zone.

But its research found that even with minimum efforts, air quality objectives would be met by 2020.

So when it submitted its report, the Government decided a Clean Air Zone was not needed.

Southampton City Council said that a series of non-charging measures, known as the Local NO2 Plan are being implemented instead “to ensure that standards are met in the shortest possible time, without the limitations that a charging scheme can bring.”

Central government approved the Local NO2 Plan in February 2019 and Southampton council chiefs have been carrying out the measures since then.

They include upgrading 145 buses, offering incentives to taxi drivers to switch to cleaner vehicles, creating a Sustainable Distribution Centre to combine lorry loads so there are fewer trips into the city, and encouraging the use of electric vans and cargo bikes for the final stage of deliveries to businesses.

All 10 Greater Manchester local authority areas have worked together to develop a joint Clean Air Plan to bring nitrogen dioxide levels on local roads within legal limits as soon as possible.

The plan includes a Clean Air Zone. The final scheme will be approved no later than summer 2021 and is set to be introduced from spring 2022.

The Government has directed Greater Manchester to introduce a Category C Clean Air Zone, one level down from the Category D zone coming into effect in Birmingham.

Vans, buses, coaches, taxis, private hire vehicles, minibuses and lorries that do not meet emission standards would pay a daily charge to travel in the zone. Private cars, motorbikes and mopeds are not included.

The following daily charges were proposed for non-compliant commercial vehicles:

If the daily charge for a non-compliant vehicle isn’t paid, a £120 fine will be issued, in addition to the unpaid daily charge. This would be reduced to £60 if paid within 14 days.

Bristol is planning a Clean Air Zone but there’s no confirmation of a state date yet.

Bristol City Council said: “We’ll implement the same scheme as Birmingham. Over 71 per cent of vehicles in Bristol are already compliant and so only a minority of vehicles driving in the CAZ will be charged.

“In the coming years, this percentage should increase even more as more people take advantage of the available financial support to switch to a cleaner vehicle or a different mode of transport.”

Private cars, taxis and vans that don’t comply with emissions regulations will have to pay £9 a day, while lorries, buses and coaches will be charged £100 a day.

London clearly has the most extreme set of measures for beating pollution, with three different sets of charges.

Most vehicles, including cars and vans, need to meet the ULEZ emissions standards or their drivers must pay a daily charge to drive within the zone:

From October 25, 2021, the ULEZ charging zone will expand to include the area up to the North and South Circular roads

In the Low Emission Zone, the daily charge is:

Original source article: https://www.birminghammail.co.uk/news/midlands-news/birmingham-clean-air-zone-versus-20475394
Author:  David Bentley
Disclaimer: This article was not originally written by a member of the HighwaysIndustry.Com team. 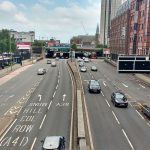