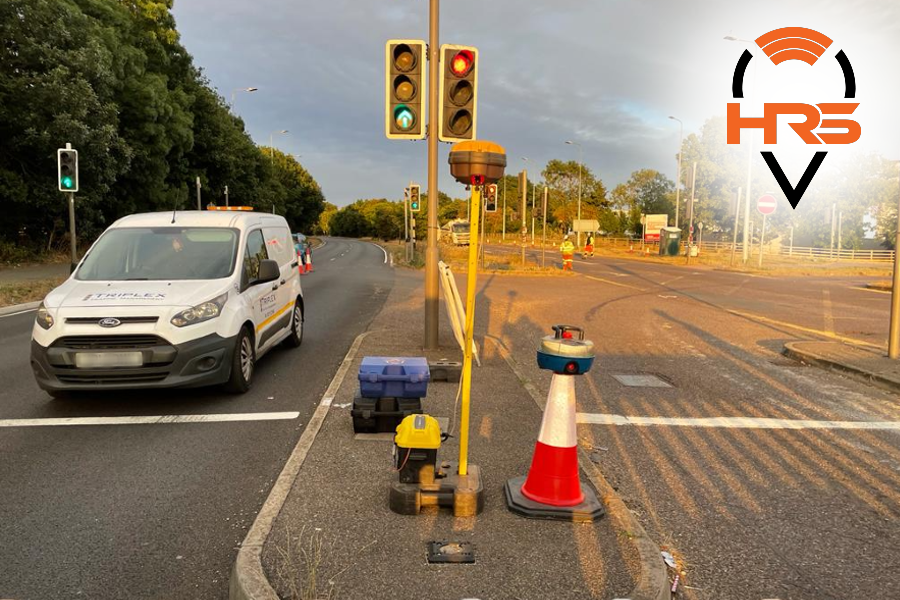 Replacing body cameras with Intellicam® has reduced the number of aggressive confrontations and given workers a greater sense of security.

Works on the B1393 High Road in Epping required a long diversion route which caused irritation and frustration with some road users. This led to an increased number of incursions as people attempted to breach the works to avoid the diversion and a greater level of angry, aggressive and often violent confrontations with road workers.

Triplex Traffic Management, working on behalf of Essex Highways, reported that some confrontations were exacerbated when operatives activated their body cameras to start recording as the member of the public objected to being filmed.

Triplex Traffic Management approached HRS to explore a digital solution to the challenges they faced. HRS proposed the installation of an Intellicone® Incursion Prevention & Warning System (IIPAWS®) and three Intellicam® devices located at the entry points and close to the gatemen’s locations. 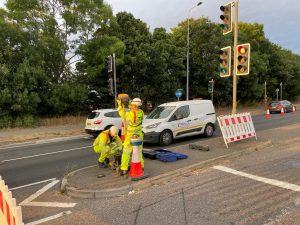 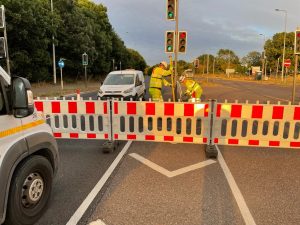 The IIPAWS® system placed a series of Intellicone® Portable Site Alarms (PSA) throughout the works, including at the point of entry. These PSAs sounded an alarm if a breach occurred. On many occasions the noise of the alarm stopped the motorist or pedestrian in their tracks and prevented an incursion.

On an occasion where they continued through the closure, the PSAs located within the works sounded an alarm and activated flashing lights which warned workers of a breach and gave them time to get to a place of safety.

Intellicam® is a portable incident camera that captures site incursions, customer confrontations or any other activity in and around a work site and automatically clips the footage to provide a high-definition recording of the activity before, during and after the event.

By placing Intellicam® at the point of closure and activating the panic alarm, gatemen did not have to visibly push a button to activate body cameras on approach to the road user and risk aggravating an already volatile situation. However, they were confident that the four high-definition cameras in the Intellicam® were capturing a panoramic recording of the interaction with the road user which could be used as evidence if required. 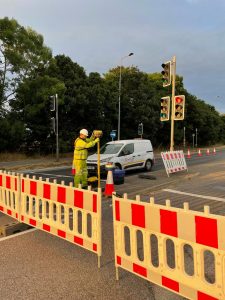 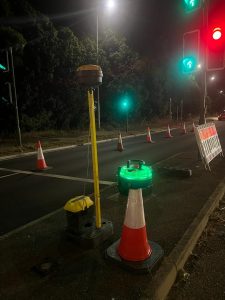 Following the installation of IIPAWS® and Intellicam®, Triplex TM recorded:

“The installation of IIPAWS and Intellicam® has made a noticeable difference to these works. They helped calm a previously problematic works site and gave our operatives confidence and reassurance that they were safe while carrying out their work. We have reviewed incidences of confrontations, captured by Intellicam® and taken appropriate action where necessary. We will definitely install HRS digital products on future works.” 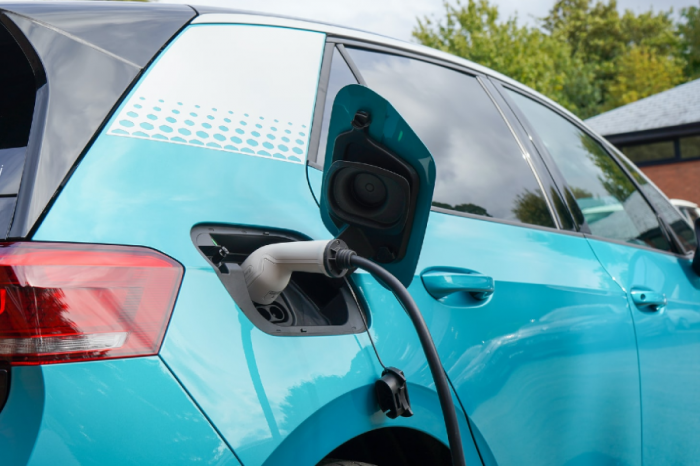 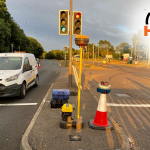