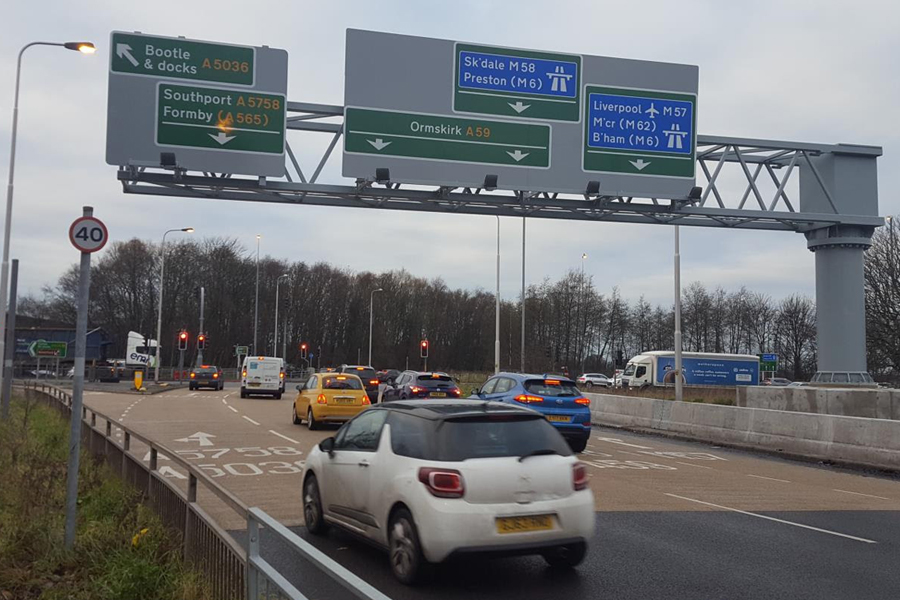 A £5 million project to improve journeys and safety at a major motorway junction in Merseyside has been completed six weeks ahead of schedule.

More than 90,000 drivers travel through Switch Island every day, where the M57, M58 and three A roads all meet, making it one of England’s busiest motorway junctions.

Airport-runway-style LED studs, extra-high traffic lights and high-friction surfaces are among the improvements made by Highways England. The 175 LED lights mark out lanes at the junction and automatically switch on when traffic lights turn green, helping drivers stay in the correct lane.

The new five-metre-high traffic lights are also designed to improve safety as they are higher than HGVs and double-decker buses so that drivers approaching Switch Island can clearly see when the lights are changing.

“Tens of thousands of drivers rely on Switch Island every day to get to work, for deliveries or to meet friends and family so we’re keen to make sure their journeys are as smooth as possible.

“The changes we’ve made should make it easier and safer to travel through the junction, and we’ve already received lots of positive comments about the new LED road studs which light up your lane as you travel through Switch Island.

“We’ve been carrying out work overnight to minimise the impact on drivers, and would like to thank our contractors, Balfour Beatty Mott MacDonald, for going the extra mile to get the scheme finished well ahead of schedule.”

The Switch Island project, which was funded by the government’s £220 million congestion relief programme, began in early 2018 and was originally due to take 12 months but has been completed six weeks early.

This scheme will improve safety and help reduce the risk of incidents at the junction, following 49 collisions in two years – an average of one every fortnight.

Other improvements include changes to the road layout and lane markings, new barriers between carriageways, and four new overhead gantries which clearly display destination signs over each lane.

The junction has also been resurfaced and a new 400 metre shared cycle path has been created, which links up with the existing cycle path alongside the A5036 Dunnings Bridge Road.

Highways England’s maintenance teams have been making improvements to the A5036 while the junction upgrade work has been taking place, including filling potholes, installing new signs and repairing footpath guard rails. 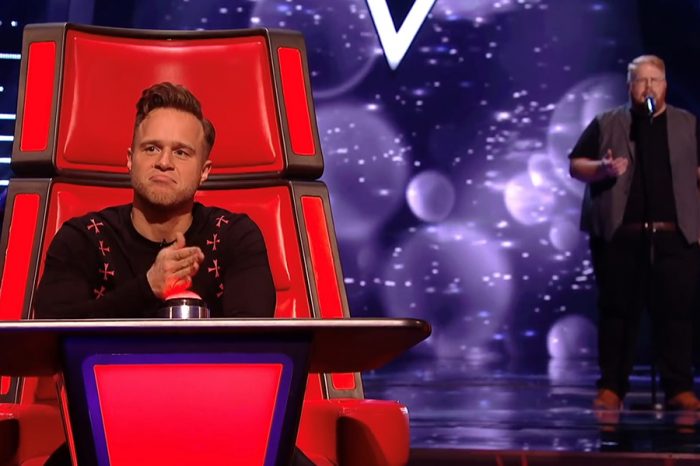 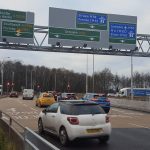