The innovative trial which is due to last for 21 days will transform the junction, which is currently managed by traffic lights, into a roundabout layout in a bid to manage traffic flows better and improve the environment along Broadwater Road. This is the first of its kind in the county and may lead the way in testing future road layout changes. Currently, the traffic lights at the junction increase traffic delays outside of the morning peak, causing cars to sit in long queues waiting for the lights to change. This creates unnecessary congestion, delay and pollution. The main aim of this trial is to see if the changes ease traffic along Broadwater Road, as well as creating a better environment for residents and reducing the divide between Peartree ward and the town centre.

The crossroads junction of Broadwater Road and Bessemer Road with Bridge Road and Bridge Road East will be changed to smooth traffic along the two roads before removing the traffic lights and replacing them with a roundabout layout. Spen Hill’s highways consultants, Transport Planning Associates will manage the trial in partnership with Hertfordshire County Council. Signs along the road approaching the new layout are in place and will alert drivers to the roundabout layout and trial.

Extensive traffic data collection will be undertaken before, during and after the trial. Transport Planning Associates and Hertfordshire County Council will analyse the findings to assess the effectiveness of the new layout. Hertfordshire County Council can request that the traffic lights at the junction are reinstated at any time during the trial if the roundabout layout proves unsuccessful.

“As part of our ongoing commitment to maintain and improve our roads, we have allowed the developer, Spen Hill, to trial a new junction layout in the form of a roundabout on Broadwater Road. We hope that the trial will be beneficial to road users however, if the new layout proves to be unsuccessful at any point during the trial, we will quickly revert back to the traffic light system. Hertfordshire’s roads are very busy and we share our residents’ views that well-maintained streets and roads are very important. This trial will identify whether the changes will improve journeys and the general environment around the junction.

“We will closely monitor the data collected from the trial and I look forward to seeing if this new layout improves Broadwater Road for all those using it.”

“Having lived and worked in Welwyn Garden City for almost 20 years, I know Broadwater Road extremely well. While the traffic lights help manage traffic in the peak periods, I think more can be done for residents outside of those times.

“By smoothing traffic along the approach roads to the Broadwater Road Junction, we hope to improve traffic flows around Welwyn Garden City as a whole. We are extremely grateful to Hertfordshire County Council for allowing us to physically test our modelling and we would like to thank Welwyn Garden City residents for their patience as we trial this layout. We hope that the end result will be an improved environment that will allow pedestrians and cyclists to travel along and across the roads as comfortably as motorists, improving connections between the different parts of the town.”

The trial will start on 19 January and last for 21 days. 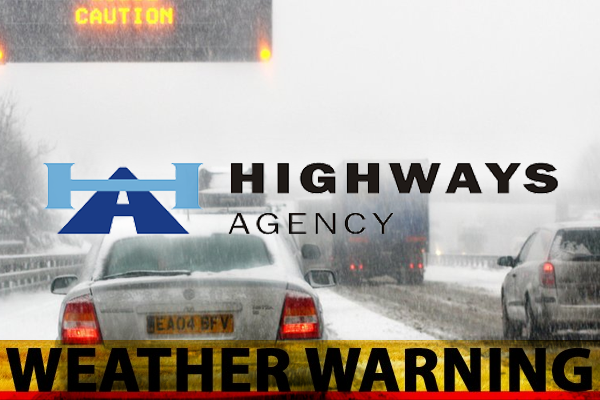