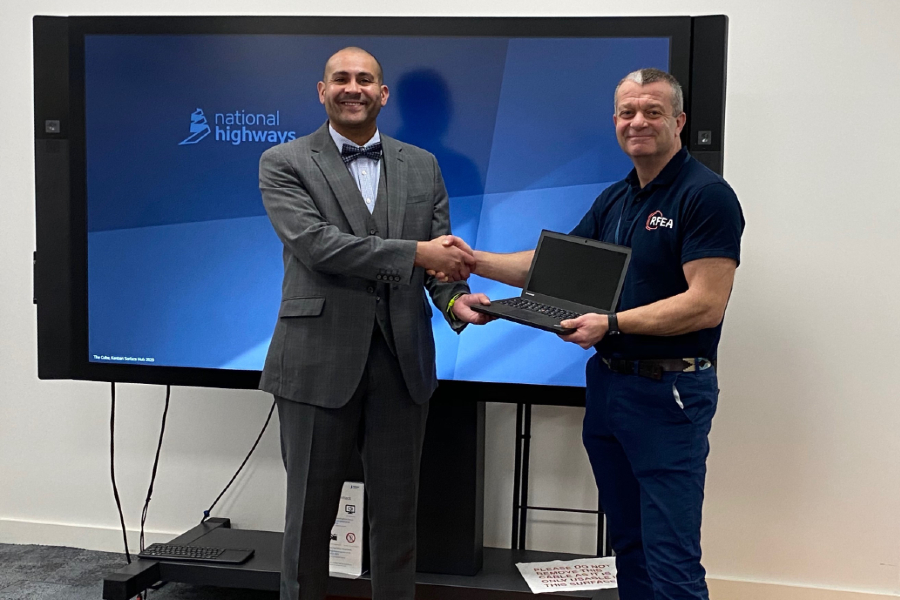 National Highways Project Manager Archie Gardner, left, who is himself a veteran, presented the laptops to Iain Downie

Fifty veterans will get a digital boost in their job-hunting endeavours thanks to a donation of laptops by National Highways.

The 50 laptops are being provided to veterans and service leavers to gain enhanced digital skills, build a CV and help them find employment. For some, the technology will mean they can complete online vocational training that will build towards their chosen new career.

National Highways presented the laptops to RFEA – The Forces Employment Charity in the run-up to Christmas at its offices in Birmingham.

RFEA provides life-long, life-changing support, jobs and training opportunities to those leaving the Armed Forces, reservists, veterans and their families.

“Donations like these from organisations like National Highways are enabling us to help and say ‘yes’ to more people.”

Project Manager Archie Gardner, who was in the Royal Regiment of Fusiliers for 24 years before joining National Highways earlier this year, said:

“National Highways is committed to supporting our Armed Forces community and to helping leavers on the road to a civilian career. We appreciate the skills and expertise veterans can offer potential employers and run our own ex-military recruitment programme.

“I was fortunate to have been given an opportunity within National Highways which has enabled me to make that transition into civilian working life and I am grateful for the support I have received.

“We want to make sure all leavers have the sort of opportunities that I had and providing this technology will help others get on the digital ladder and find new careers.”

Since signing the Armed Forces Covenant in June 2017, National Highways has been actively supporting leavers from the Armed Forces reintegrate into civilian careers, and to help operate, maintain and improve motorways and major A roads in England.

National Highways’ ex-military recruitment programme offers a supportive route into a civilian career. It employs and supports both reservists and veterans, with up to 10 days paid special leave for reservists to attend military-related training. 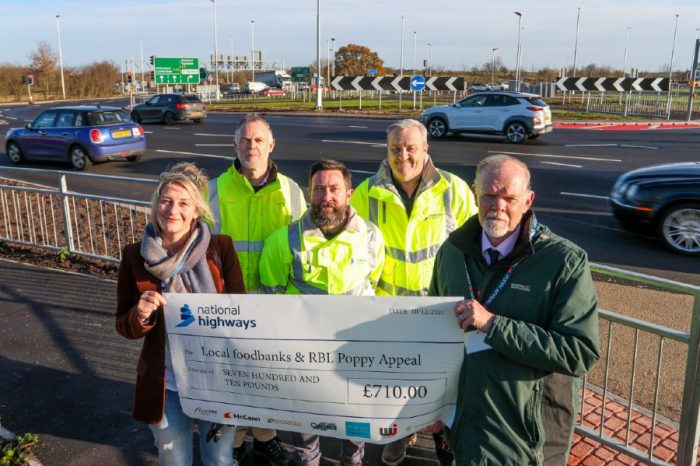 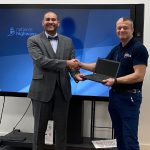