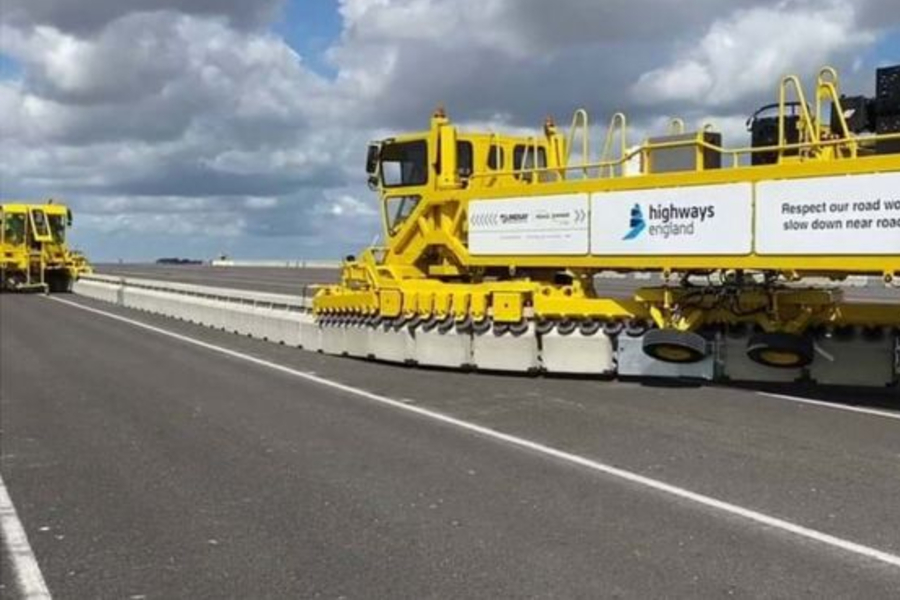 A moveable barrier is being installed on the M20. Image: Highways England

Plans to keep traffic moving in Kent in the event of cross-Channel disruption will undergo a live test next week.

Highways England and its partners in the Kent Resilience Forum will carry out a live test to mobilise a moveable barrier system on a section of the M20 from Friday 11 December. It will mean that parts of the motorway are closed between Maidstone and Ashford for four nights, with signed diversions in place.

The barrier will be used to create a new layout with a contraflow system. Once deployed, this will allow traffic to continue travelling in both directions on the motorway at the same time as port bound HGVs are queued, if necessary, on the coastbound carriageway until they can travel through to the Port of Dover or Eurotunnel.

The barrier is part of Operation Brock, a series of measures aimed at keeping the M20 open in both directions during periods of cross-Channel disruption. During the test the barrier will be installed and then removed.

It is much quicker to deploy than previous systems which took weeks to install and remove, and allows more traffic to continue using the motorway, off local roads. It plays a key part in managing any disruption at the ports after the EU exit date, 31 December 2020.

“We have again worked extensively with our partners in Kent and are confident that this test will provide a valuable dress rehearsal into the operation of our Kent-wide port disruption contingency measures. The test will help us to fine tune Operation Brock, finding ways to make the deployment quicker whenever the barrier is needed, whether it be in preparation for transition, or other disruption to cross-channel services.

“Operation Brock will keep Kent moving, and we thank road users in advance for their patience while the test is taking place.”

“Kent is a critical link to one of our busiest trade routes, and this state-of-the-art technology will ensure that we can keep the local road network moving.

“Testing this barrier now will ensure that if the system is needed it can be quickly and safely deployed, helping drivers get to where they need to be – even in the event of disruption at the end of the transition period and to assist with any other future disruption caused for any reason.”

To ensure that Highways England and its Kent Resilience Forum partners are ready to manage any disruption at the ports after the EU exit date, Operation Brock needs to be active by 31 December 2020. The live test is being used to review each stage of the deployment and removal of the barrier and the other traffic management needed for Operation Brock.

To make sure the barrier is deployed and removed safely, the M20 will be closed coastbound between junction 7 (for Maidstone) and junction 9 (Ashford), and London-bound between junctions 9 and 8 (Maidstone East), overnight (8pm to 8am) on Friday 11, Saturday 12, Sunday 13, and Monday 14 December, returning to normal operation by 8am on Tuesday 15 December. Whenever the M20 is closed, signed diversions will be in place.

At the end of the test the barrier will be returned to the London-bound hard shoulder.

What will the M20 look like during the trial?

Operation Brock is a series of measures which crucially keeps the M20 open in both directions using a contraflow system. As with previous deployments in 2019, Operation Brock has stages that can be deployed sequentially, scaling up or down to meet demand.

When Operation Brock is in force it is a legal requirement to use the signed routes only for HGV journeys to Port of Dover and Eurotunnel.

Depending on the scale of disruption, and whether HGVs are travelling to Port of Dover or Eurotunnel, they will be directed to a holding site.

Failure to comply with instructions may result in fines and further delays.

Kent Police take decisions on when to use the different phases of the system. Options include:

For more information on Operation Brock and other contingency measures in Kent, visit:

How Operation Brock will affect your journey

Government advice for car drivers in Europe after Brexit

Government advice for bus and coach drivers in Europe after Brexit https://www.gov.uk/guidance/driving-in-the-eu-from-1-january-2021-bus-and-coach-drivers

Government advice for HGV drivers in Europe after Brexit

How Kent County Council has prepared for Brexit 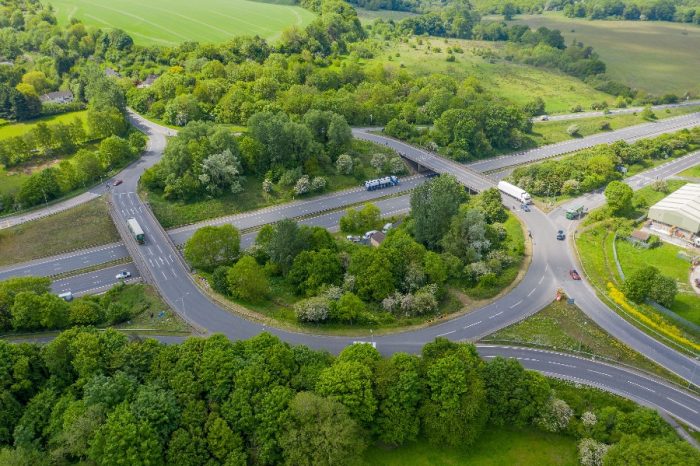 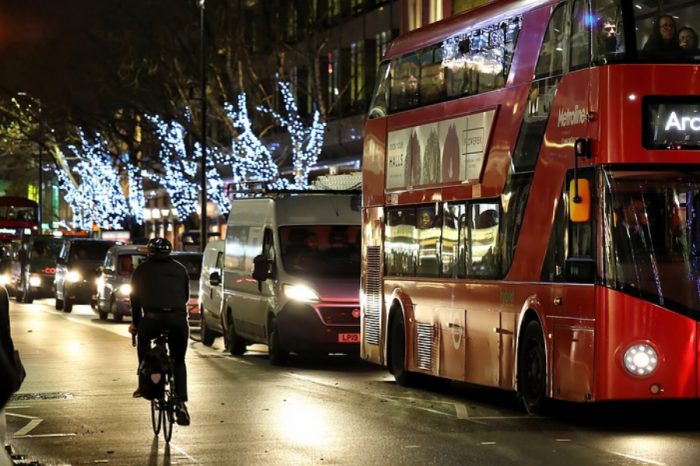 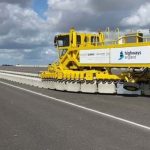