All motorways in the South East and East of England are now open after heavy snow overnight caused major disruption on the network.

The M25 in Hertfordshire between junctions 23 and 25 reopened this morning after being shut for several hours because of snow and jack-knifed lorries.

Other routes that were temporary forced to close or suffered heavy delays including the M11, M2, M20, A21 and A249 are also operating as normal.

National Highways worked with partners in the local police and the supply chain throughout the night in extremely difficult conditions to get gritters and snowploughs to the worst affected sections of the network.

Up to 25 gritters were treating the M25 at any one time last yesterday, spreading 960 tonnes of salt and over 18,000 litres of anti-freeze. Up to 15cm of snow fell in some areas.

The government-owned company, which operates and maintains major motorways and major A-roads in England, is still urging motorists to drive with care because of icy conditions.

“The motorway network is now open and traffic is moving after a challenging night. Our crews have been working hard to return the network to normal and we would like to thank everyone for their efforts to get our roads moving again.

“However, we would still urge drivers to take extra care when heading out today. Yellow weather warnings for snow and ice remain in place across large parts of the South East and East for the remainder of today and into Tuesday.”

Road users who do decide to venture out are advised to plan ahead and are asked to:

The Highway Code provides more information about driving in adverse weather conditions and other information is available about how to prepare for journeys in severe winter weather can be found at https://nationalhighways.co.uk/road-safety/travelling-in-severe-weather/travelling-in-winter/

People should check traffic conditions before setting off via National Highways regional twitter feeds @HighwaysEast and @HighwaysSEAST or on www.trafficengland.com National Highways’ 24/7 contact centre team is also available to provide up to the minute information on 0300 123 5000. 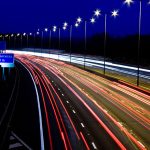