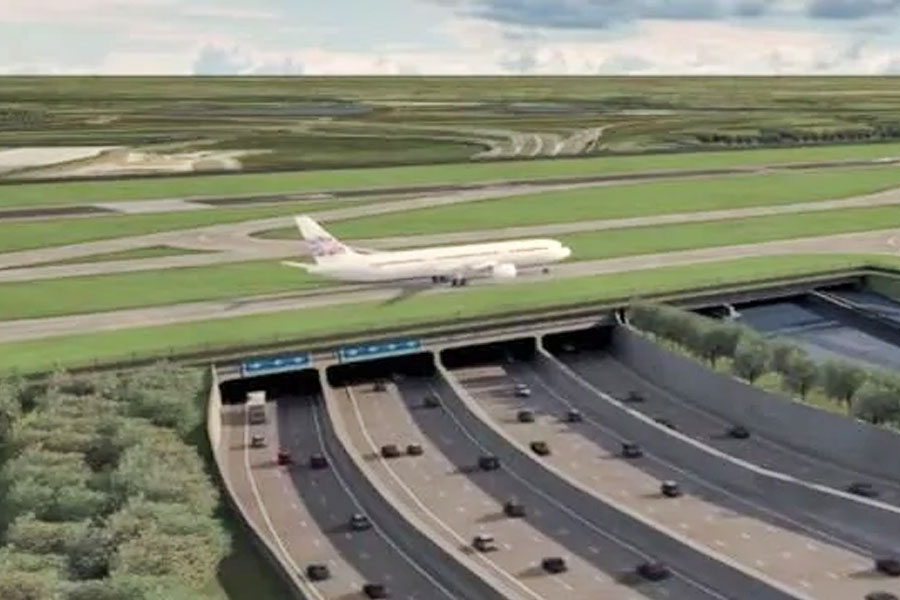 The M25 remains one of the largest hurdles to overcome in the expansion of Heathrow Airport, but plans for a series of ‘viaducts’ seem to be gathering momentum.

Originally presented in a series of unlikely-seeming renders, the idea was presented to an engineering conference by Phil Wilbraham, the man who oversaw the creation of Terminal 2 and Terminal 5.

This reflects Secretary of State for Transport Chris Grayling’s comments in 2016 that it would be much cheaper to build over the M25 than to attempt to reroute the motorway.

Heathrow Airport is located close to the M25 motorway, London’s main orbital route. Increased capacity at the airport will inevitably require commensurate improvements to the M25, which currently becomes very congested between junctions 13 and 14 – a stretch of motorway that passes within about a kilometre of the airport’s boundary. 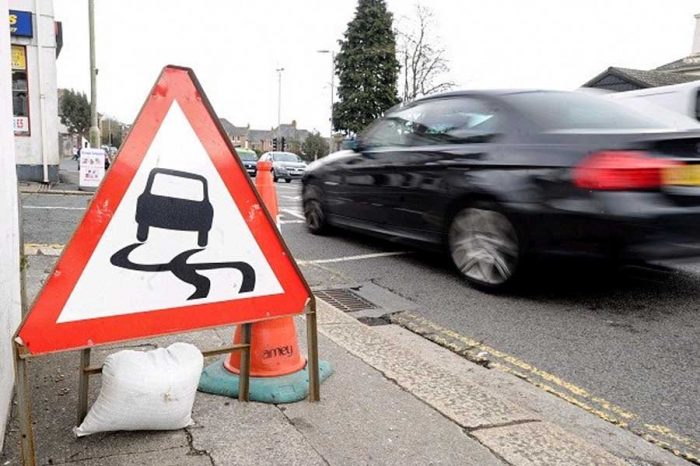 Nine months of roadworks planned for A38 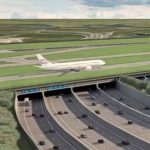