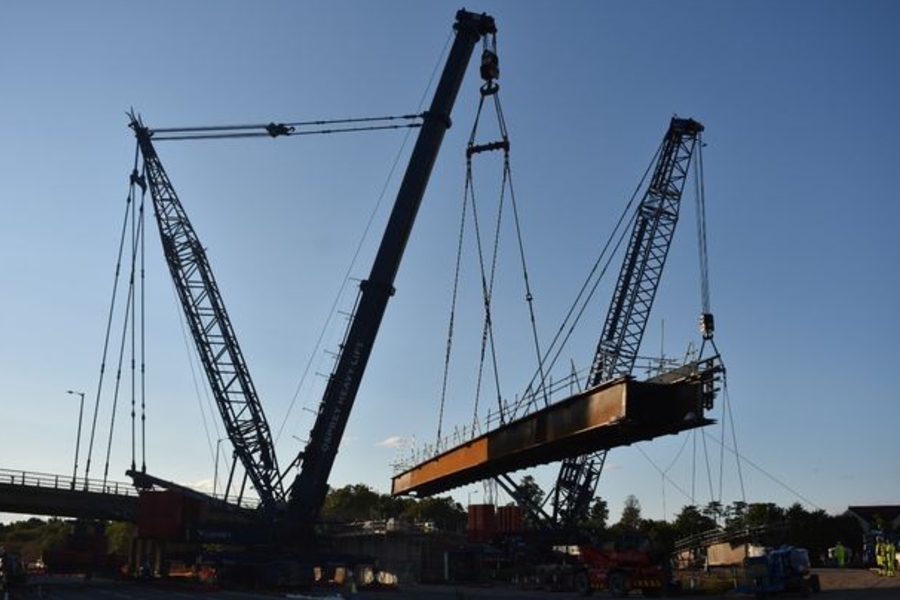 Huge steel beams will be lifted into place, similar to the one pictured here at Datchet Road

The M4 will be closed in both directions while huge steel beams are lifted into place for a new bridge.

Highways England (HE) says the motorway will be closed between Junction 6 (for Slough/Windsor) and junction 8/9 (for Maidenhead) from 8pm on Friday, August 14, until 6am on Monday, August 17.

It forms part of the ongoing £848 million smart motorway works taking place between Junction 3 and Junction 12, due to finish in 2022.

A statement by HE says: “New huge steel beams for the Lake End Road bridge near Dorney will be lifted into place. These beams will form the deck of the new bridge, which will be open to the public later this year.

“During the closure the temporary bridge at Huntercombe Spur, Junction 7 will also be removed as traffic is now using the new permanent widened bridge.

“Work will be happening day and night over the weekend to make best use of the closure.”

During this weekend’s closure, motorway traffic will be diverted via the A308M, A308 and the A355 and there will be fully signed diversions in place.

However, as delays are expected drivers are advised to plan ahead, leave extra time for their journeys and consider alternative routes if possible.

HE says construction work on the M4 upgrade between junctions 8/9 and 10 started two years ago and most of the work on that section is now complete, with the opening of this stretch of the M4 still on schedule for spring next year.

Original source article: https://www.getreading.co.uk/news/reading-berkshire-news/m4-closed-slough-maidenhead-traffic-18769409
Author: Tom Smurthwaite
Disclaimer: This article was not originally written by a member of the HighwaysIndustry.Com team.

Horrific death prompts calls for A1 to be upgraded to motorway 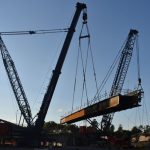