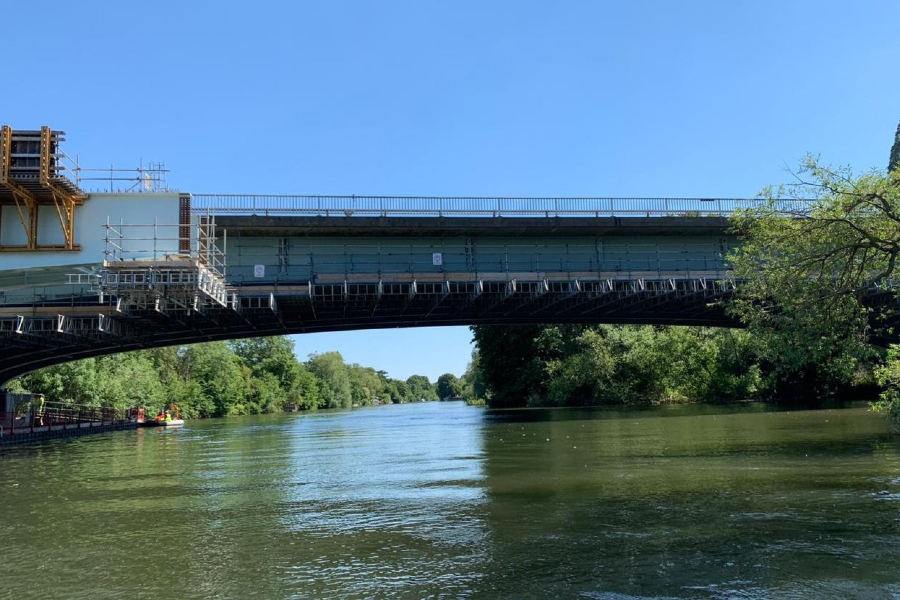 One weekend closure. 400 tonnes of steelwork. One River Thames diversion. One stunning sunrise. One bridge widened: the M4 smart motorway upgrade has hit its halfway point with its most complex work yet.

“People using the M4 or living near to it are used to seeing ‘M4 bridge construction or demolition’ on our communication of weekend closures over the last year or so, but the weekend just gone was very different,” said Mike Grant, Highways England delivery director.

Creating extra lanes on the M4 requires replacing 11 bridges over the M4 so they are wide enough to fit the upgraded motorway, which, when finished, will add vital extra capacity and improve journeys for the 140,000 drivers which use the motorway each day.

Mike continued: “The Thames Bray bridge was different. It doesn’t carry a local road or footbridge over the M4, it carries the motorway over the River Thames. Of course, we couldn’t just knock this bridge down and rebuild it, this would put the M4 out of action for months. An innovative solution was needed to overcome this challenge. The only option was to build the extended bridge elements on a nearby site and then assemble them over a single weekend to accommodate the extra lanes required for the four running lanes on each side of a smart motorway. This was a great example of how to keep England’s strategic road network open while making vital new capacity improvements for our road users. We’re proud to say that this is what we achieved over the weekend.”

The installation of the three bridge beams – the bulk of the work – was completed over the weekend 30 May-1 June with the remaining work completed in 24 hours the following weekend.

The Thames Bray widening was one of the most complex pieces of work involved in the upgrade of the M4 to a smart motorway, and was project managed by a Balfour Beatty VINCI joint venture on behalf of Highways England. Bridge experts Cleveland Bridge carried out the work.

“Our integrated team and supply chain partners have proven their industry-leading, advanced engineering capabilities, while implementing our Covid-19 site operating procedures to ensure the continued health, safety and wellbeing of all those who work with and for us, as well as the general public. Our culture of teamwork and technical excellence saw us successfully reopening the bridge to traffic on Monday morning with minimal disruption.”

Steve Foxley, Highways England programme manager said: “The existing bridge was originally built in the 1960s and needed to be widened to accommodate the two extra running lanes needed for the smart motorway upgrade. This meant we had the huge engineering challenge of tying three new beams into the existing structure. The beams – east, west and central – weighed nearly 400 tonnes combined, and were placed to the north of the existing bridge and connected by structural bracing, using a technique known as ‘splicing’. This allowed the bridge to be asymmetrically widened to the north.” 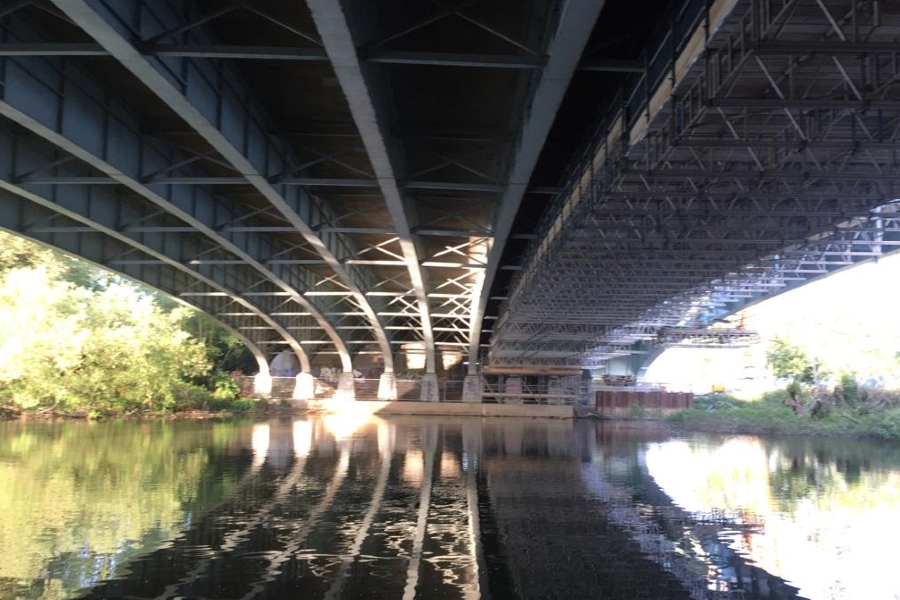 The design of the bridge is also in line with Environment Agency and River Authority regulations and is sensitive to local ecology, river navigation and wildlife. The extension won’t look out of place to drivers using the M4, or people using the Thames at Bray, or the footpaths underneath the bridge. 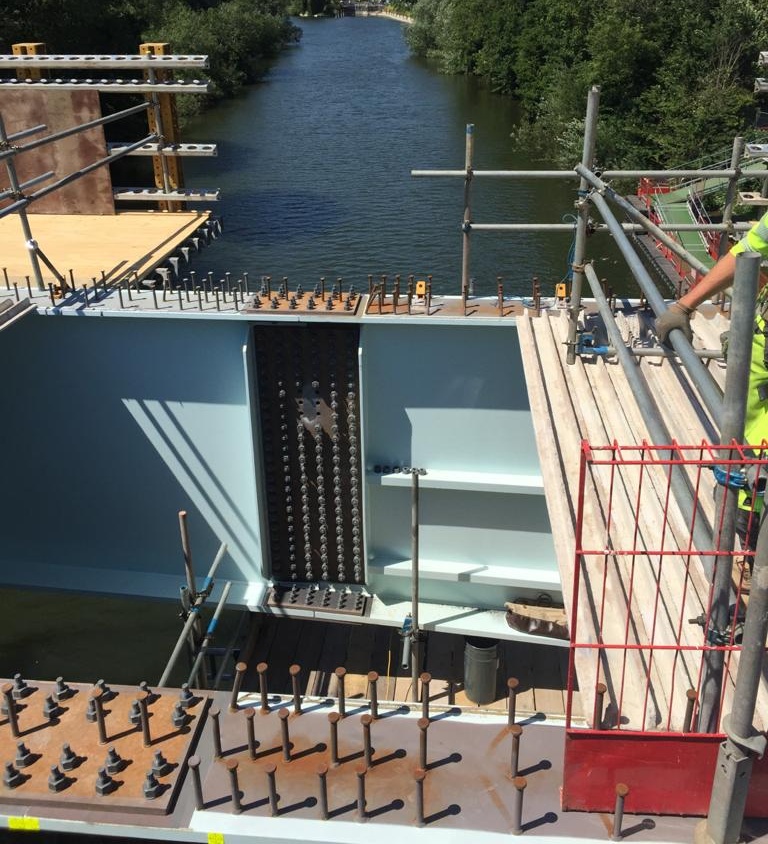 Mike Fowler, Balfour Beatty VINCI engineering director said: “The new widened structure was designed to behave in the same way as the existing structure while replicating the arched effect from an aesthetic perspective.

“In preparation for the weekend’s beam lifts, we built two new abutments (bridge supports) on either side of the river. A dry dock working environment was needed for this, so small sections of the Thames were sealed off and water pumped out to create this. Temporary sheet piled walls were then installed next to the existing bridge to ensure everything remained stable during the construction of the new east and west abutments. 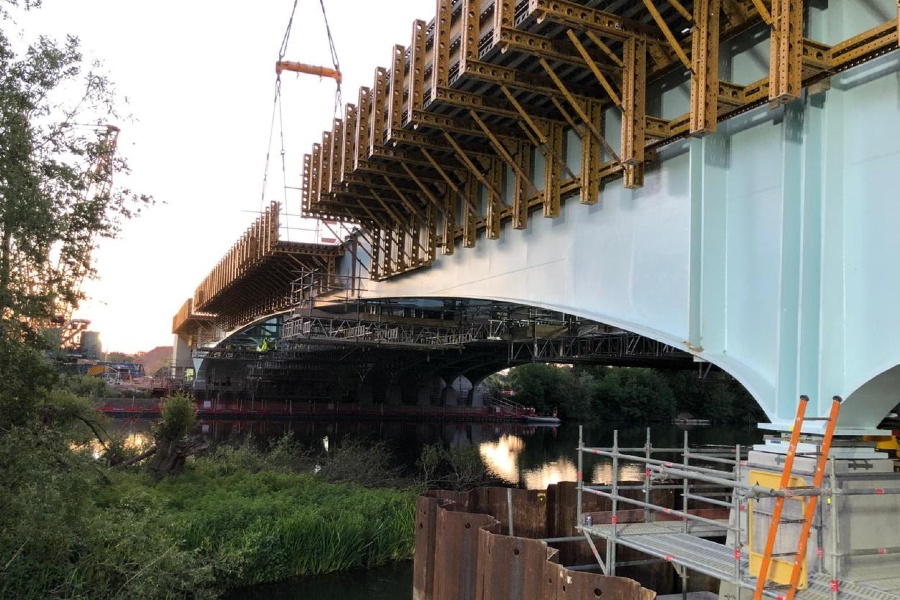 Work continues just after sunrise on Sunday morning. The East dry dock where the new abutments are built can be seen on the bottom right

Each beam took around 13 hours to lift into place and tension. When each bridge section had been lifted into place, they were surveyed using GPS to ensure correct positioning and all the sections fitted together.

Large tension cables on the east and west back spans secured the beams onto the abutments with large anchor points within the foundations. Each cable has a tension capacity of 295 tonnes to counterweight the weight of the bridge and the associated traffic and provide the facility to adjust the profile of the bridge during the installation. 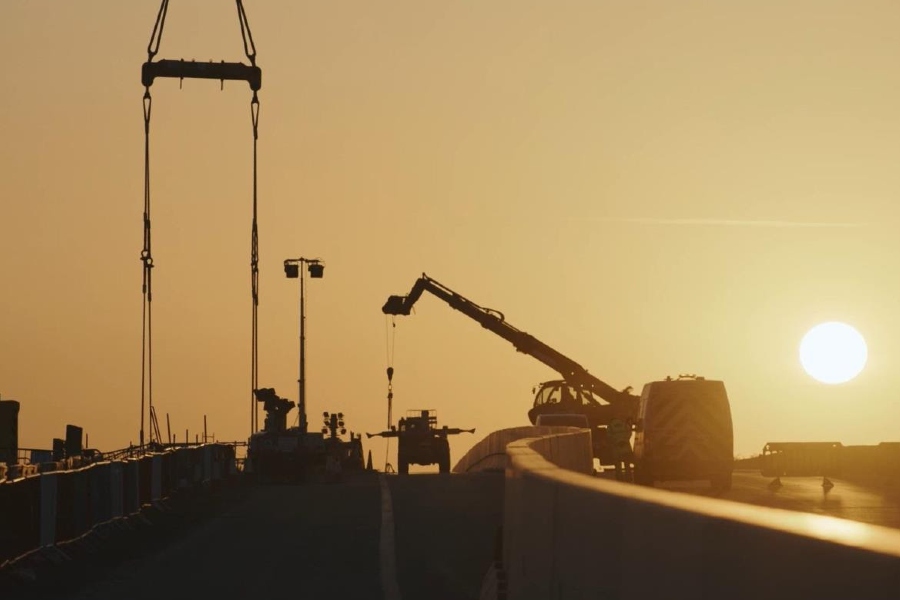 Working 24/7 over the weekend, the M4 smart motorway team were treated to views like this sunrise during the work to widen the Thames Bray bridge, one of the most complex pieces of the motorway’s upgrade

Shaun Pidcock, Highways England’s smart motorway programme director said: “Not only was this one of the most complex tasks ever carried out on the strategic network, the team also had to contend with social distancing, the extremely hot weather, and the added challenge of making sure all was kept to plan so that the M4 was ready and open by Monday morning. This was an exceptional achievement by everyone involved.”

Roadworks affect all journeys which is why it is important they are completed as quickly as possible.

The work is part of a project to upgrade the M4 between junctions 3 and 12 to a smart motorway. For more information and to sign up for project newsletters please visit: https://highwaysengland.co.uk/projects/m4-junctions-3-12-smart-motorway/ 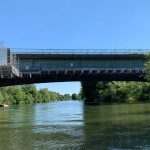