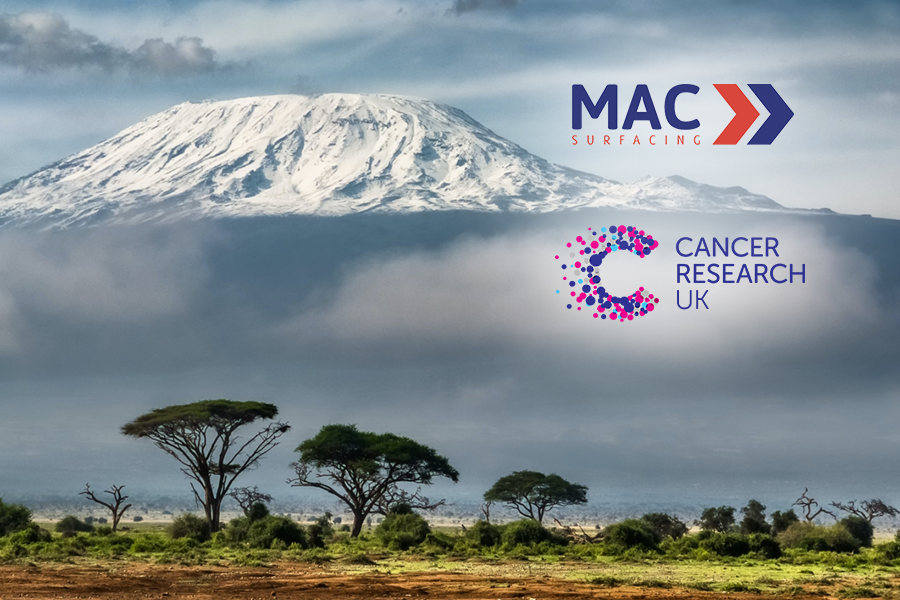 Four determined members of the MAC Surfacing team are preparing for the challenge of a lifetime, with the ascent of Mount Kilimanjaro on the horizon.

In June 2023, the climb begins, and a major fundraising operation is underway, with the target of £16,000 set to be raised for Cancer Research UK.

The quest began as the brainchild of MD Marc Copson, a man that is no stranger to charitable gestures, and quickly gained momentum within MAC HQ, gaining attention and support from 3 more members of the team who subsequently signed up for the challenge.

CLICK HERE TO DONATE TO THE TEAM MAC EFFORT

The climb is in accordance with Ultra Adventures Ltd, and Cancer Research was selected as the chosen beneficiary due to the personal connection to those affected by cancer for all four of the MAC climb team.

Then mountain is the 6th largest from the Earth’s core, and so the sheer scale of the challenge that lies ahead is clear to see.

Cancer Research UK (CRUK) is the world’s largest independent cancer research organization. It is registered as a charity in the United Kingdom and Isle of Man and was formed on 4 February 2002 by the merger of The Cancer Research Campaign and the Imperial Cancer Research Fund.

Over the last 40 years, cancer survival in the UK has doubled. In the 1970s just 1 in 4 people survived their disease for 10 years or more. Today, 2 in 4 survive. Cancer Research UK’s ambition is to accelerate progress and see 3 in 4 patients surviving the disease by 2034.

Ultra Adventures supports Cancer Research UK by arranging trips across the world so that you can achieve something incredible and raise funds for research into over 200 types of cancer.

Ultra Adventures gives the opportunity to visit Mount Kilimanjaro or Machu Picchu for just a £250 registration fee, as long as you pledge to fundraise for the charity.

To take on an Ultra Adventure, you are expected to raise a minimum of £4,000 per person for Cancer Research UK.

MAC MD Marc Copson is donning his charitable cap once more, with previous endeavours including skydives, boxing and scaling Ben Nevis – a feat that may well prove to be fantastic preparation for this challenge.

“There’s no doubt this is a huge challenge, but it’s one we’re all committed to conquering for a great charity. Cancer has affected our whole climb team in one way or another, so there are four very personal connections and reasons for wanting to fundraise.

“We’re extremely grateful for donations raised so far, and we appreciate any donations between now and our climb – no matter how small. Everything helps the charity.” 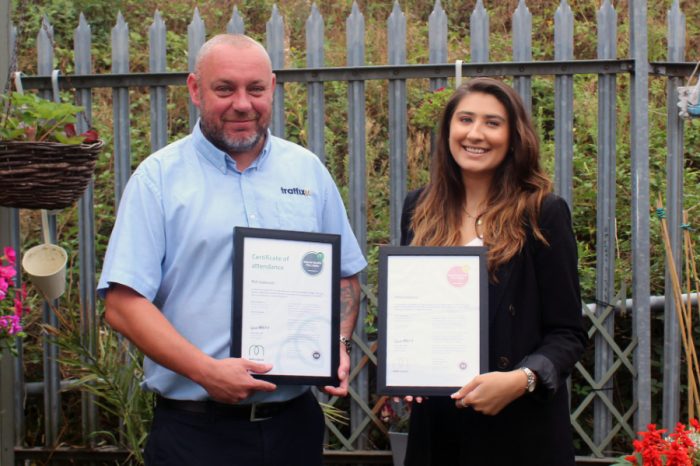 Traffix | Looking for the signals and making the right move 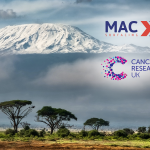