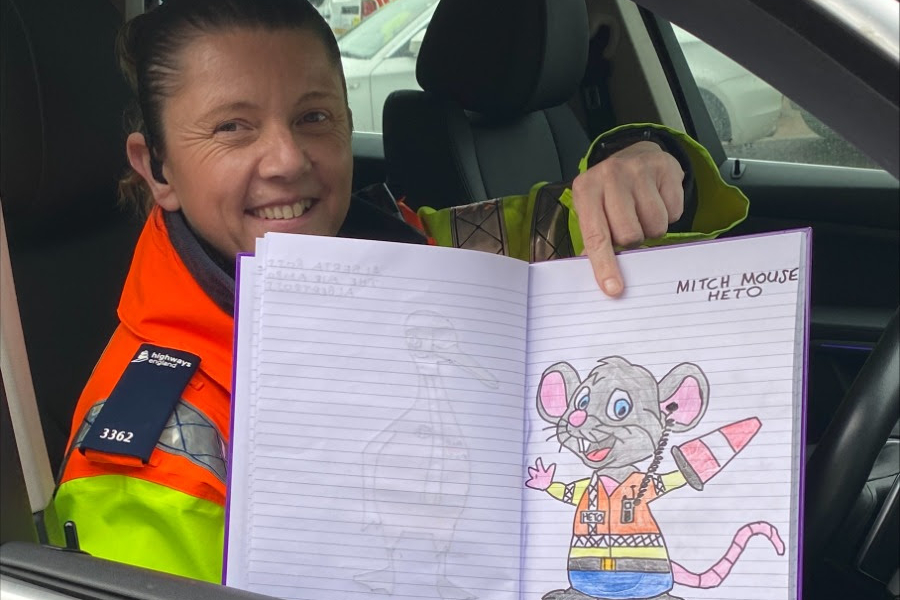 Having worked as a National Highways traffic officer for the past 14 years, there isn’t much that surprises Wolverhampton-based Kelly Rudge – especially when it comes to dealing with animals on the road.

However, it was while dealing with a routine incident on the M6 near Birmingham in 2018 involving a mouse which ended up sparking inspiration for a new hobby.

“I was stood at the side of the road dealing with a broken-down vehicle and I was actually coaching a colleague at the time as they had recently joined the team,” said Kelly. “Then suddenly, out of the corner of my eye, I spotted a little mouse scurry across the road. I’d never ever seen that before and it was so unusual and unexpected that it sparked an idea in my head about using different animals to showcase the work we do as traffic officers on the road network to youngsters.

“Once I’d got back home, I started to think about a whole series of characters and how they could work alongside one another. I wanted to create something that would encourage children to think about road safety and the key to it was how each of them worked collaboratively to keep everyone safe which replicated my role at National Highways.”

True to real-life, the furry critters work alongside ‘Firefox Fred’ from the fire service and ‘Pippa Pigeon’ who works in the National Highways regional control room delivering vital messages to colleagues working at the scene of incidents. 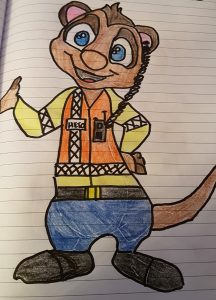 ‘Mollie Meerkat’ is a creation from Kelly’s adventures. 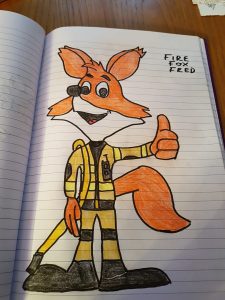 ‘Firefox Fred’ is one of the creatures Kelly has created

Kelly added: “I obviously work on the front line and I, like all my traffic officer colleagues, rely heavily on our regional control room staff to keep us safe on the network by setting signs and signals. Another key part of their job is to send us updates on details over our radio systems on incidents.

“Everyone at National Highways is really passionate about keeping people safe and I’m really keen to try and educate people into what we do during incidents and how our traffic officer patrol service manages incidents.

Kelly is based at Longbridge outstation and has vast experience patrolling some of the busiest roads in the Midlands such as the M6, M5 and M42.

Whenever there is an incident, Kelly’s priorities are to keep people safe and fully reopen the road as soon as possible.

She will also stop traffic to clear obstructions and spills, help remove broken-down vehicles, and support the police and other emergency services by managing road closures when there’s a serious incident.

National Highways on-road traffic officers are often first on the scene in an incident.

They work hand-in-hand with regional control centres – who are their eyes and ears out on the network. Eight teams across the country monitor our roads through CCTV; responding to emergency calls, setting signs and signals and deploying resources where needed.

Drawing on Kelly’s own experiences, some of the stories are based around removing debris from the roads and dealing with spillages following incidents. One of the biggest hazards is milk because it can be harmful to wildlife and it also rots the road surface. It can also stick to the road and it becomes very slippery in wet weather.

Kelly added: “One of the stories I have come up with is around ‘Mitch’ dealing with a milk spillage on the motorway. It’s a common occurrence for us in the traffic officer service and it’s often complex because all traces must be cleaned off the road before it is safe to reopen. Milk also poses problems for wildlife: if it gets into nearby watercourses, from drainage at the roadside, it can deprive the water of oxygen – essentially asphyxiating fish and other animals – so we have to work closely with our colleagues at the Environment Agency to make sure we deal with it correctly.”

While the stories are very much a personal tale, Kelly says that one day she would love to see them turned into a book to help encourage youngsters to think about road safety.

She added: “I remember being at school and being told about ‘stop, look and listen’ and that message has always stayed with me when crossing the road. I think it’s vital that we educate youngsters about the road network and also about the roles of those working on it.

“Obviously, I’d I like to see the characters come to life in some form either in a book or online format and even though I do not know what the future holds, I’ll keep drawing and thinking of stories about the characters. You never know, if it makes it onto the big screen, I might even make a cameo.” 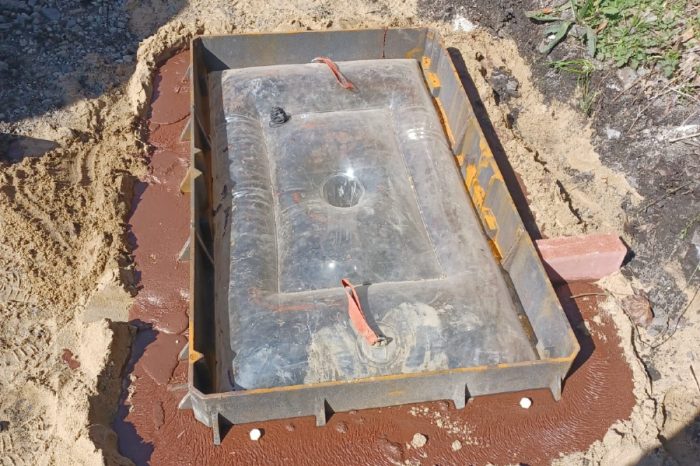 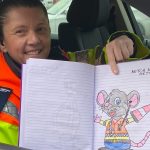