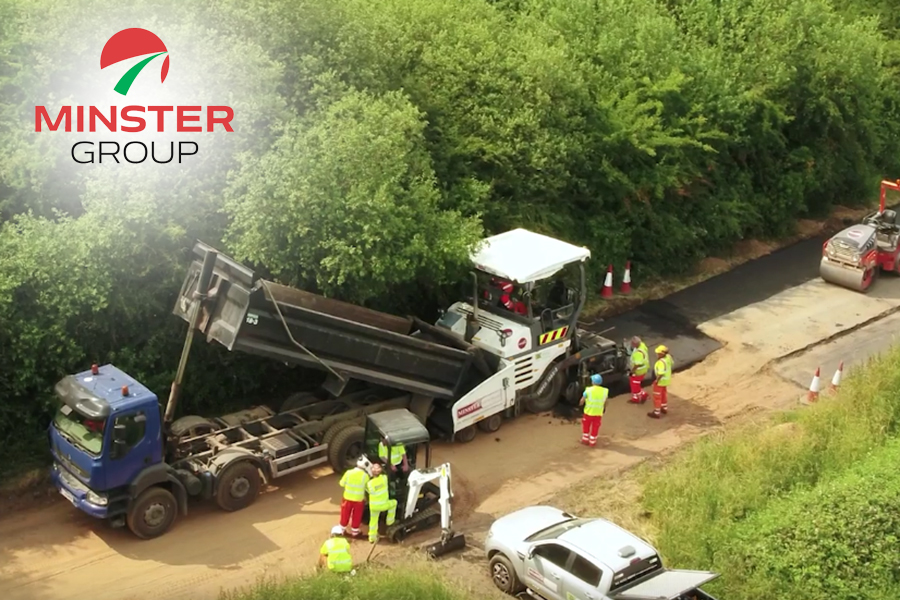 Civil engineering firm, Minster Surfacing has marked its 20th anniversary with an ambitious new step for the company.

Celebrating 20 years since Minster Surfacing was launched, the company is now rebranding as part of the newly formed Minster Group Ltd.

The new Minster Group brand encompasses Minster Surfacing and its sister company, Alliance Recycling. The two companies have enjoyed a series of record years, and have built a reputation for being committed and trusted supply chain partners.

Minster was co-founded by Managing Director, Bruce Spencer-Knott and veteran tarmacker, Anthony Cole in 1999. Today, the firm has grown to become a major national contractor, working on civil engineering projects across the country and around the world.

Last year proved to be a record year for Minster, which laid more than 100,000 tonnes of asphalt during the year and completed some of its largest projects to date. This growth has enabled the firm to create jobs and invest in cutting edge technology and green innovations.

Last month, the company won a prestigious BusinessGreen Leaders Award for its use of green technologies to recycle and cut waste. Managing Director, Bruce Spencer-Knott was also named Director of the Year for Innovation by the Institute of Directors East Midlands.

The company’s new branding, relaunched website and new group name reflect Minster’s new position in the industry as a trusted supplier and contractor working on major infrastructure projects across the country. 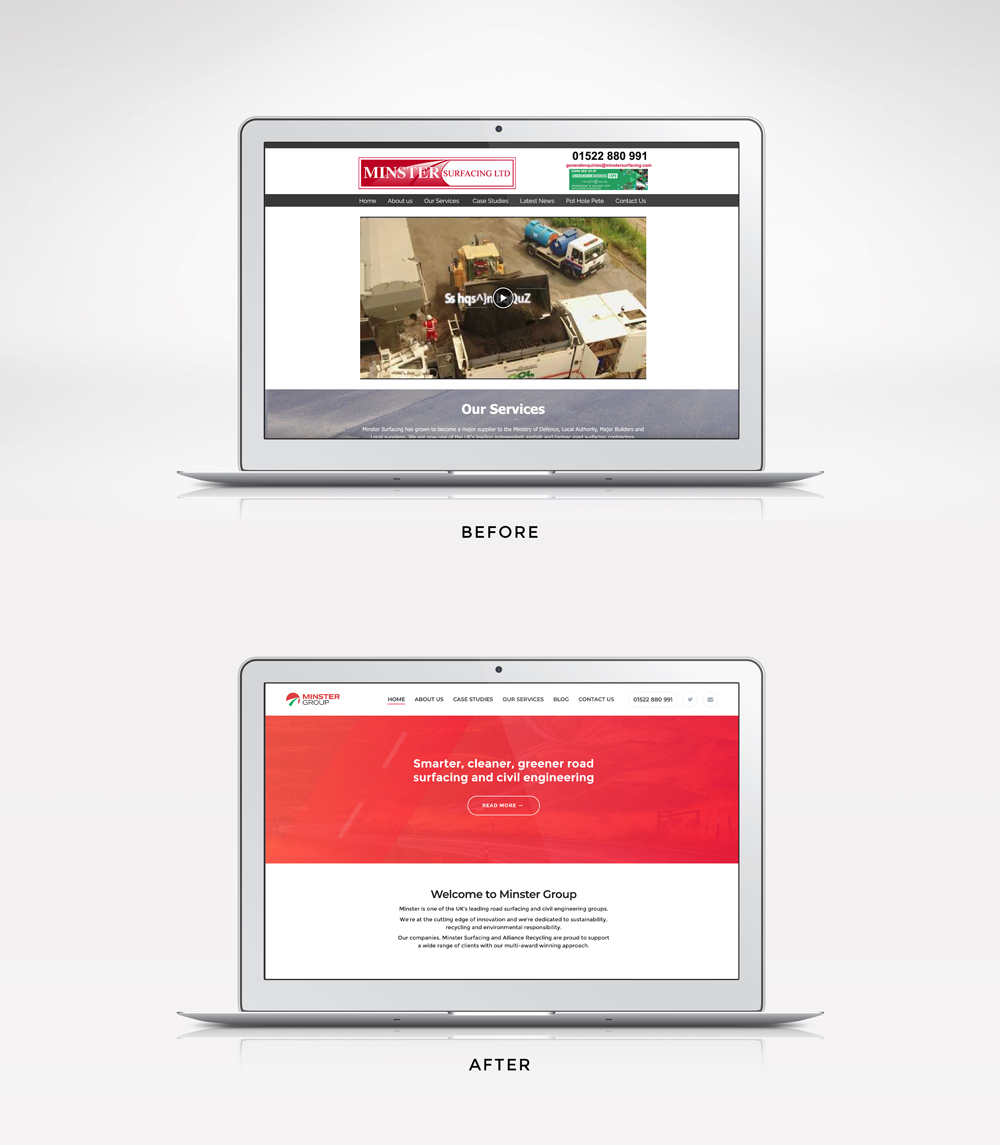 Minster Group works with leading commercial and residential developers, it repairs roads across Lincolnshire, Oxfordshire, Cambridgeshire, Hampshire and Shropshire and works on behalf of Transport for London alongside supply chain partners. The company also works nationwide for the British Army, Royal Navy and RAF and has a 24 hour runway repair service at RAF Brize Norton; the largest NATO airfield in Europe.

Through Alliance Recycling, Minster has prevented hundreds of thousands of tonnes of road material from being sent to landfill. Recycling has also prevented the same quantity of mineral aggregate and oil from needing to be extracted, refined and processed, significantly cutting the carbon footprint of road surfacing.

Presently, Minster creates roads that are around 50% recycled and is developing a new system which will enable all roads to be made of 90% recycled material. It’s hoped that this innovative technology will be in use by the end of 2019.

“When we started Minster 20 years ago, it was a big gamble. I remortgaged the house to cover our startup costs and we worked hard to make ends meet. Looking back, the business has been a real success story. I’m really proud of how we’ve risen to meet every challenge we’ve faced and we’ve worked on some amazing projects. I never would have thought that we’d grow to work on civil engineering projects as big as what we’re working on now and we’re continuing to innovate and grow.

“Although we have a new logo, a new website and a new group name, we still have the same values and the same dedication to innovation, sustainability and quality which Minster Surfacing and Alliance Recycling are known for. We’ve earned the trust of major developers, councils and the Ministry of Defence and we’re committed to supporting local supply chains wherever we work.

“With the two companies combined, Minster Group is a major player in the civil engineering sector and we’re continuing our mission to modernise the road surfacing industry by being at the cutting edge of technology and the green revolution. We’re capable of far bigger things than we were before and now we have a brand that reflects that and where we’re going in future.”

Minster Group’s new look retains some of the imagery that’s been associated with it for the last 20 years, while firmly positioning the organisation as a modern, forward thinking, professional company that’s committed to green ways of working.

Ever since it launched, Minster and its founder have been a passionate advocate for the city of Lincoln and the county of Lincolnshire. The company supports charities including the Lincolnshire & Nottinghamshire Air Ambulance, is a signatory of the Armed Forces Covenant and it frequently supports local community groups and clubs such as Lindum Rugby Club and the community-owned Thorold Arms by carrying out surfacing work pro-bono. The company also employs locally and uses supply chain partners and suppliers in the area. The company is also a member of Team Lincolnshire, which promotes the county as a place to do business.

True to these values, two Lincoln-based companies worked on the company’s new branding, with the logo and website being designed by SOKA Studio and the rebrand being managed by digital PR and marketing agency, Carrington Communications.

Speaking about the company’s commitment to Lincolnshire, Bruce Spencer-Knott said:

“An important part of our success is down to the network of supportive businesses and individuals in our area. The Lincolnshire business community is a tremendous asset and I’m very grateful to all the businesses and organisations that have used our services over the years. Lincolnshire’s been good to us, and we intend to stay here as we continue building the business, creating jobs and investing in innovative, green technologies.”

The homepage for Minster Group’s new website, www.minstergroupltd.com is now live and you can follow the company on Linkedin and on Twitter where its new username is @MinsterGroupLtd.

A418 partially collapsed road made safe for drivers 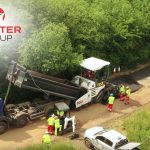