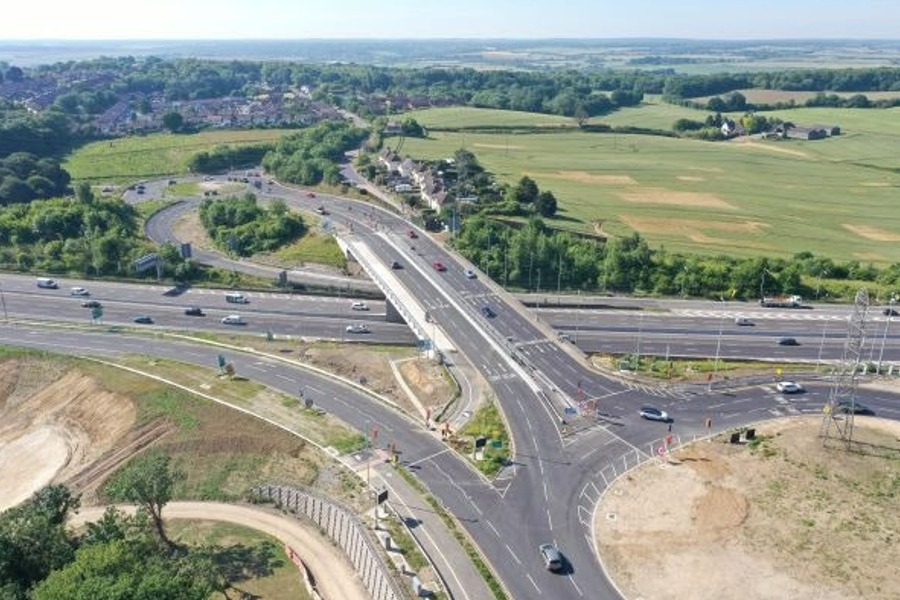 National Highways, the company responsible for England’s motorways and major A-roads, has seen both junctions (Bean and Ebbsfleet) upgraded at a cost of £112m to increase their capacity by adding new lanes to their existing roundabouts and slip roads. At Bean a new bridge has been built over the A2 dual carriageway.

The upgraded junctions have already helped support the local economy including supporting new jobs and 15,000 new homes, which have also been supported by the Ebbsfleet Development Corporation.

The Ebbsfleet Development Corporation contributed £45m funding for the project.

National Highways Regional Delivery Director, Chris Welby Everard, said: “The A2 is a key route connecting people, communities and businesses, including the Bluewater shopping centre, between London and the Kent Thameside area.

“Upgrading it has also provided additional capacity to accommodate the many new developments proposed, while improving journey times and increasing safety, which is good news for the local and regional economy.”

“This scheme will be welcomed by local residents and businesses alike, who will now be able to benefit from the improved journey times and increased capacity from the new junction.

“The A2 Bean to Ebbsfleet scheme received £67 million from Government and has already created new jobs as well as 15,000 new homes, demonstrating the enormous significance local roads projects like this can have.”

The improvements at the Bean junction have broadly followed the existing road layout, an additional bridge over the A2 next to the existing bridge, and a new slip road onto the A2 for eastbound traffic. 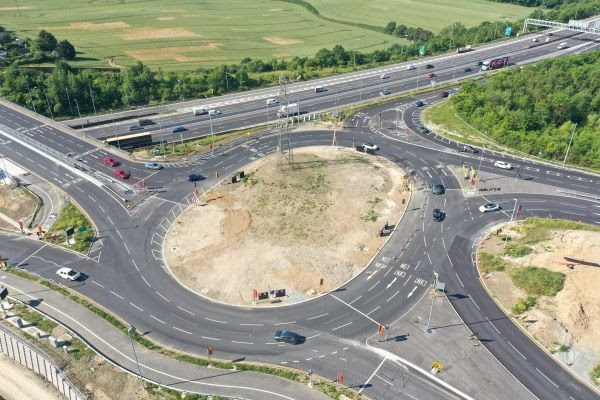 The improvements to the Ebbsfleet junction have also followed the existing road layout, with the existing roundabouts being enlarged and controlled by traffic signals. The link road between the roundabouts has been widened to a dual carriageway. The eastbound and westbound slip roads to the A2 has also been widened.

“The completion of the A2 Junction works at Ebbsfleet and Bluewater is a significant step forward for Ebbsfleet Garden City, providing much needed capacity for both the evolving community within the Garden City and existing communities in the surrounding areas of North Kent.

“We are pleased that our investment and collaboration with National Highways will help meet the needs of the growing number of local residents in North Kent. The cycling and walking measures introduced are another example of working in partnership to contribute to Ebbsfleet’s Sustainable Transport Strategy, which will deliver a connected network of facilities for those taking part in active travel and are integral to our commitment to facilitating accessible alternatives to motorised transport.

“National Highways have selected to adopt the Ebbsfleet landscape palette to ensure that any planting will be climate resilient and enrich biodiversity, creating an attractive gateway to the Garden City.” 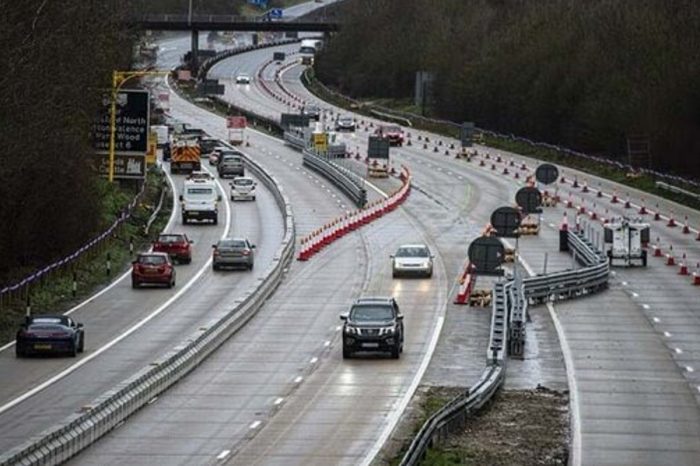 Operation Brock to be activated this weekend ahead of summer peak 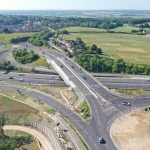