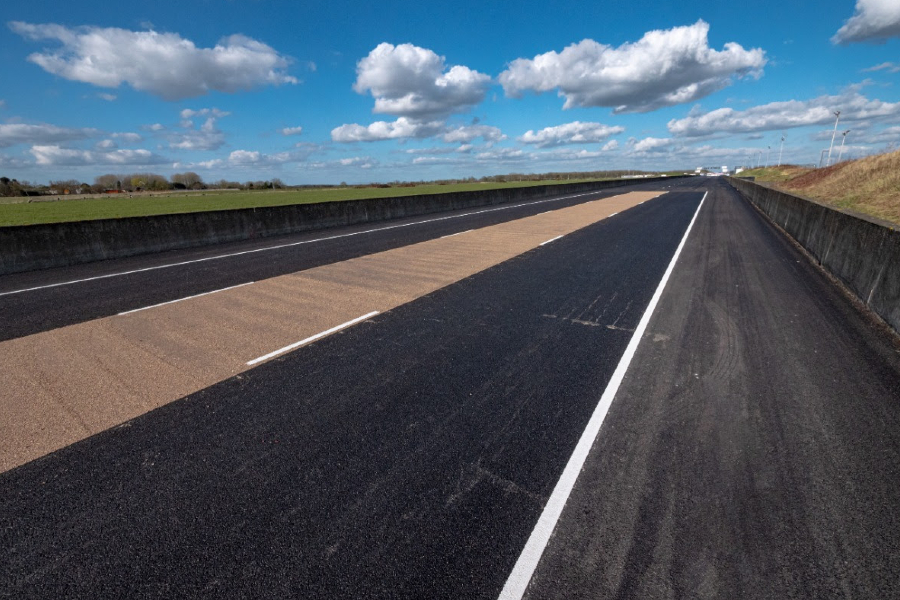 An innovative trial that seeks to treat spillages on England’s major A-roads and motorways more effectively, enabling roads to re-open more quickly, is being funded by National Highways.

While this forensic work takes place, access for National Highways teams to treat any spillages like oil and diesel is restricted.

Yet it can take just 90 minutes for fluids such as these to damage the road surface.

And if the surface cannot be treated in time, it means resurfacing work is required, adding to further congestion and delays for motorists caught up in the aftermath of the incident.

The trial, worth more than £270,000, is funded from the National Highways Innovations Designated Funds programme and incorporates techniques in a ‘real-world’ testing environment.

Forensic evidence such as tyre marks and debris – usually found on the road following a major incident – will be placed on the trial area, alongside diesel and oil samples, where specialists will test fluid-based treatments to see if they can absorb the spillages without destroying the evidence at the same location.

The products and their application will be put through their paces under strict testing conditions on the new 200-metre road surface at Santa Pod Raceway near Northampton.

“This trial is incredibly exciting because it means we can look in detail at how some of the products work in treating spillages and what impact it might have on any forensic evidence on the road.

“During any incident, we work very closely with police colleagues to make sure the area is kept sterile for forensic investigation but we’re always aware that we need to get the road back open as soon as it is safe to do so.

“By investing in innovation, we can explore new technology and solutions to reduce disruption to road users and communities that live alongside our network.

“We’re really pleased to be working with the Forensic Collision Investigation Network and look forward to seeing how the trial progresses.”

The estimated cost to the economy of a full carriageway closure during a busy period for around two hours is nearly £750,000.

If the road is fully closed for four hours, that increases to almost £3 million.

Following the trial, it is hoped that a new Standard Operating Procedure will be rolled out across England’s police forces to ensure that the new approach is used consistently around the country.

Once in place, it will help to reduce closure times and costs incurred to motorists from congestion.

Head of the FCIN, Frances Senior said: “The Forensic Collision Investigation Network are delighted to work with National Highways on this innovative research.

“All road users will have been impacted by post collision road closures at some point in time, but the police response to these incidents is often a painstaking and detailed process. Forensic examinations on our road network are unlike other forensic examination scenes, which can be processed slowly with more control over the elements and mitigating the impact on the public.

“In partnership with National Highways and Kier Highways, we will jointly test our scientific methodology and approach, enabling us to obtain valuable data from which we can evaluate the impacts of spillage treatments on likely forensic evidence types.

“I’d like to thank National Highways, Kier Highways and Santa Pod Raceway for enabling this trial to happen, our collective ambition to preserve and maximise forensic evidence whilst reducing the impact of road closures on the network will be hugely beneficial for everyone involved in major incidents.”

Carla Vicente, Kier Highways project manager, said: “We have worked closely with National Highways and FCIN to find a suitable location where we could create a mock collision site. We needed an area where we can replicate the strategic road network and safely trial sustainable products and new techniques that can treat spillages during an ongoing investigation.

“This currently isn’t common practice due to investigation sites needing to remain a sterile environment under a full closure. If the trial is successful and we can find a new product, application method and develop a way that allows the treatment of spillages to happen without compromising any evidence, the road can be opened quicker, reducing time, cost and disruption to customers.”

Tarmac, one of the UK’s leading sustainable building materials and construction solutions business, has resurfaced a stretch of the Santa Pod racetrack where cars often reach speeds of more than 300mph.

Richard Vine, Tarmac’s regional director for contracting, said: “We are delighted to be supporting National Highways by using some typical highway surfaces, including Stone Mastic Asphalts (SMA) in one lane, a high-friction surface course in lane two and a third surface of hot-rolled asphalt and pre-coated chippings.

“This will enable specialists to test many different scenarios. Anything that can be done to minimise the disruption of road closures caused by spillages is worthwhile.”

Other achievements include 124 biodiversity initiatives, 150 safety improvements on single carriageway roads to reduce the number of people killed or seriously injured and over 6,500 lights and traffic signals converted to LED.

To find out more about Designated Funds initiatives, head online to https://highwaysengland.co.uk/designated-funds/ 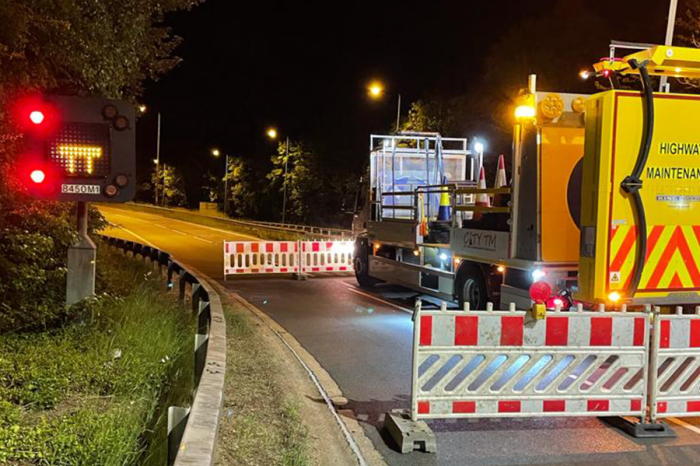 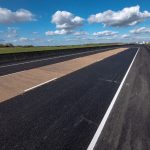