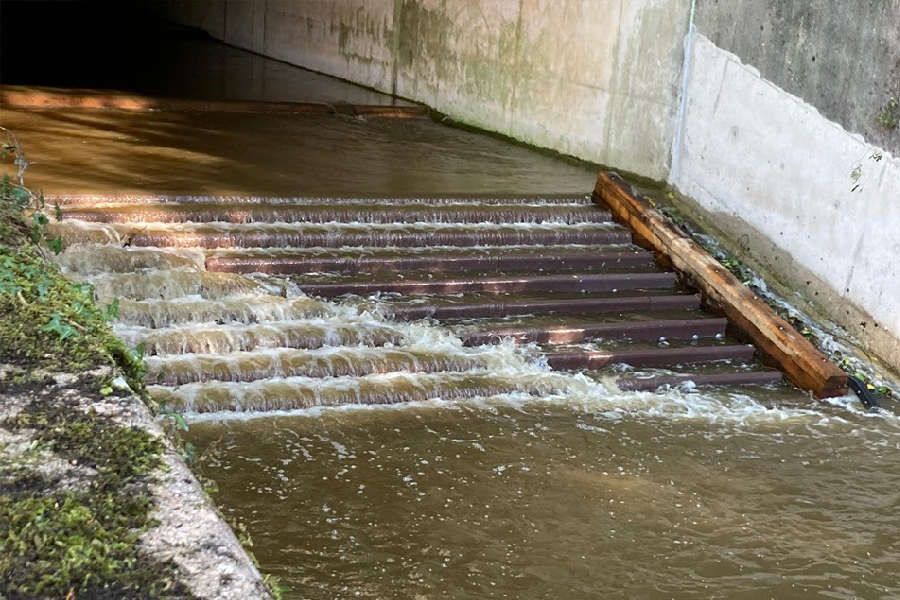 Installed baffles will help the flow of water, and to the right, a special pass of ‘eel tiles’ to help eels swim upsteam

National Highways has tipped the scales to support the eco system and help fish pass safely under the A38 in Devon.

In time for the autumn migration season for salmon, the company, as part of its commitment to reduce the impact of its roads on the environment, has funded a £168,000 improvement scheme to modify a culvert under the A38 near Newton Abbot.

The culvert carries the River Lemon under the dual carriageway but following studies by the Environment Agency and environmental charity Westcountry Rivers Trust, it was found that fish were unable to navigate the culvert to reach their traditional spawning grounds.

Thanks to its Designated Funding programme, National Highways (formerly Highways England) funded the trust to carry out work to install dedicated and specially designed fish passes – making it possible for fish to swim upstream during their October to May spawning season – and local specialist fish pass designers, Fishtek Consulting, were brought in to design the most appropriate solution. 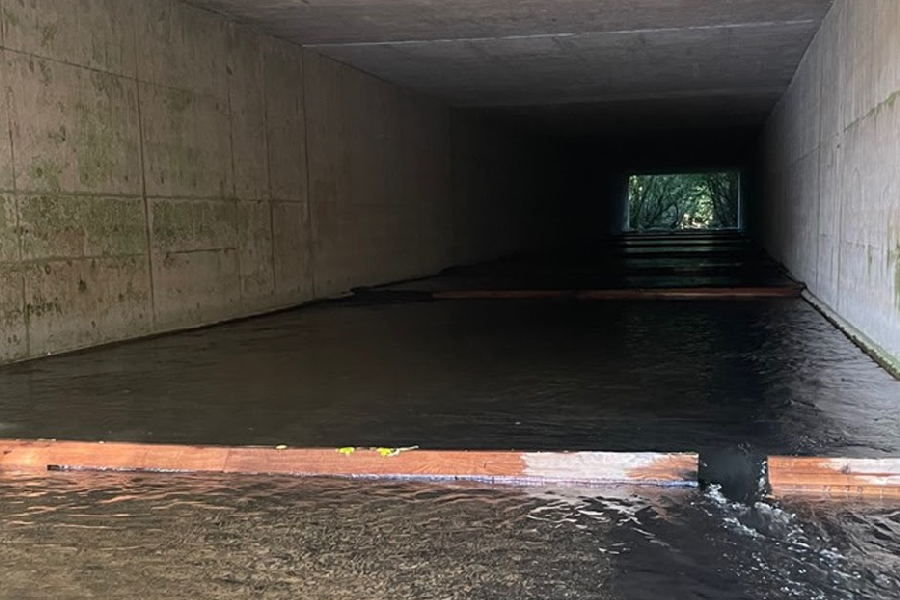 Oak baffles installed in the culvert underneath the A38

Mark Fox, National Highways’ Head of Scheme Delivery for the South West, said: “At National Highways, our work goes beyond operating, maintaining and improving roads, and through our Environmental and Well-Being Designated Funds, we’re investing in the environment and communities surrounding our network.

“We’ve worked closely with the Environment Agency and Westcountry Rivers Trust, together with Kier, Fishtek Consulting, ID Verde and Castleford Engineering, to realise this project which will help support aquatic biodiversity at a location close to the A38.

“It also underlines our commitment to reducing the impact of our roads on the environment – in this case by modifying a structure originally provided during the construction of the road.”

The scheme has involved some low cost, low maintenance solutions – the installation of large oak baffles and the creation of small pools – to help bigger fish and eels to navigate the sloped culvert and for smaller fish to swim up in sections.

And it also includes measures to reduce the speed of the flowing water, making it easier for more fish to move upstream, as well as multiple depths and surfaces to give a wider variety of species the capability of passing through the culvert.

Further work is planned in the coming years, including the nearby Ashburn Check Weirs, and Olivia Cresswell, Westcountry River Trust’s Aquatic Team Leader, said: “Historically, the River Lemon has struggled to achieve good status, with ecological discontinuity due to barriers to fish migration a main issue.

“We were delighted to work together with Fishtek Consulting to scope, design, assess and solve this significant barrier to fish and eel migration on the River Lemon, and using our collective specialist knowledge and experience, we and our partners were passionate to deliver this scheme that is right on our doorstep.”

Environment Agency Project Manager James Cooper added: “The River Lemon is currently failing its Water Framework Directive objectives, with barriers to fish migration considered to be one of the key pressures facing migratory fish populations in the catchment.

“This project provides a vital contribution towards unblocking the whole river for migratory fish and eels, and it supports ongoing work being carried out by the Environment Agency and other partners to tackle all of the significant barriers to fish migration on the River Lemon, which will significantly improve the status of fish populations.”

National Highways manages four designated funds, allocated by the Government, to deliver benefits above and beyond building, maintaining and operating England’s strategic roads. 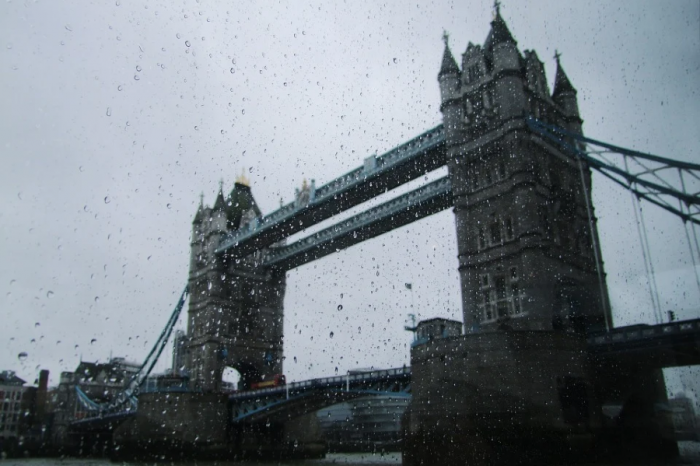 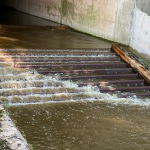