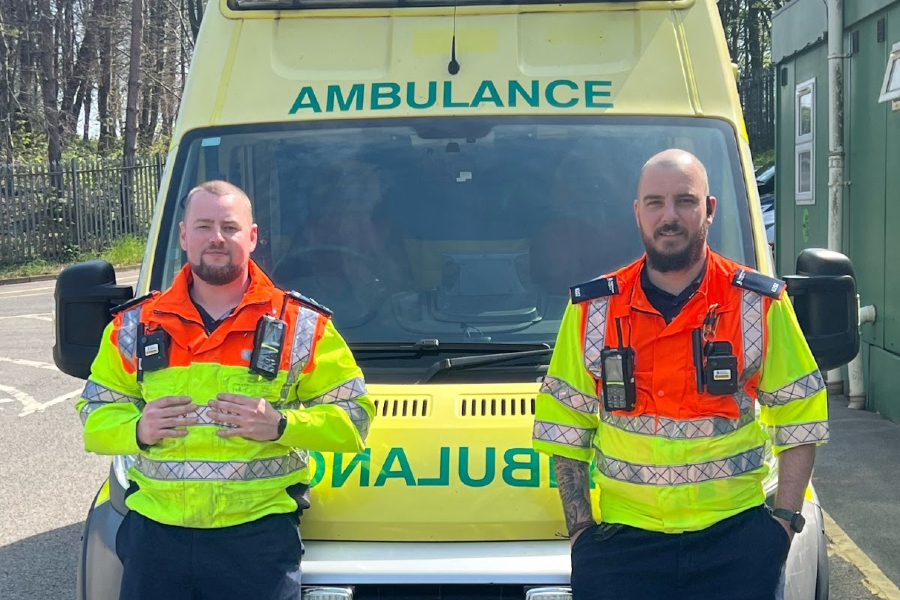 Tyler, left and Alex, with the ambulance which was taken to Ukraine

A team of traffic officers from the East Midlands have completed their fifth and final trip across Europe to deliver critical supplies to victims of the conflict in Ukraine having raised a total of over £48,000.

Tyler Bond, Alex Brown, John Cray, and Aidan Dean have given up their holiday leave and time with their families to cover over 12,000 miles during the mercy dashes across Europe.

The workmates have delivered six tonnes of clothing, 100 boxes of medical supplies and 2,500 toothbrushes, along with drones, helmets and uniforms, and a 4×4 vehicle.

For their second visit, the team purchased an ex-NHS ambulance which was delivered to a charity working in the Kharkiv region of eastern Ukraine. The ambulance is believed to be the first one to reach the region. The team went on to buy and deliver three more which have gone directly to the frontline region of Kherson.

“The impact of this war has been eye opening. I’ve served in the military and seen some things that will stick with me forever, but this was on another scale.

“The sheer destruction and seeing civilians being targeted is unreal. That’s why we wanted to help, and why we’ve gone on to complete five trips. Through these visits we’ve made lots of useful contacts – including ex-US and UK military – who have helped us identify where this equipment was most needed.”

The team’s latest trip took them deep into Ukraine and, while sitting at a railway crossing waiting for a train to pass, a missile strike happened in the field next to their vehicle.

Ty, who lives in Nottingham, said:

“The sound of the air raid sirens will stay with me forever. The scenes of destruction after bombing on our final night were truly devastating and I’ll always remember the sight of a skyscraper that was half destroyed.”

Aidan, from Chaddesden in Derbyshire, added:

“The locals we’ve met are very grateful and appreciative of what we’ve been able to provide. Despite the sheer destruction, seeing Kyiv still operating and locals going about their daily lives as normal as possible really shows the courage and determination these people have during a war against their homeland. It really brings home what drove us to complete these visits in the first place.”

The four traffic officers who have taken part in the trips, from left, Aidan, Alex, John and Tyler

For the last seven months, the team have spent endless hours communicating and coordinating with others in Ukraine and Poland alongside their day jobs as traffic officers at the Felley outstation in Nottingham.

On top of this, they’ve also spent seven weeks outside the UK completing the trips. National Highways offers employees some paid volunteering days each year and the workmates also sacrificed their annual leave to complete the trips.

“We all have families and these visits have put a massive strain on us all mentally and physically. My wife has supported me throughout, but my three children only understand to a certain extent what I have been doing.

“When we did our first humanitarian aid delivery with toys for the refugee children, my own children told me I’m like Santa. That’s something that will stay with me forever, and I’m so proud to be able to say we’ve done something to help the victims of this war.”

Reflecting on how the team have gone above and beyond, their manager, Stewart Fox, said:

“I am extremely proud to have the opportunity to work with such caring, devoted professionals that not only deliver the highest levels of customer service whilst at work, but also help save lives in their spare time.

“By delivering such a vast amount of aid to Ukraine, it will go a long way towards providing a small amount of comfort to those in dire need. What a credit to our industry these four men are.” 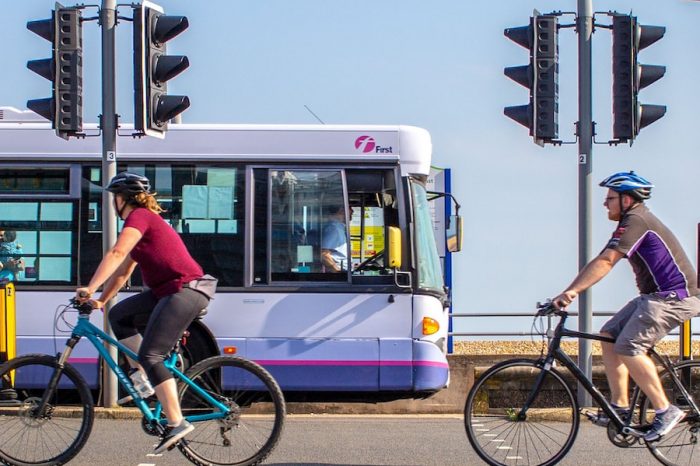 New safer walking and cycling routes being created across Portsmouth 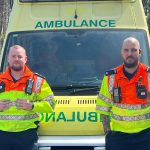