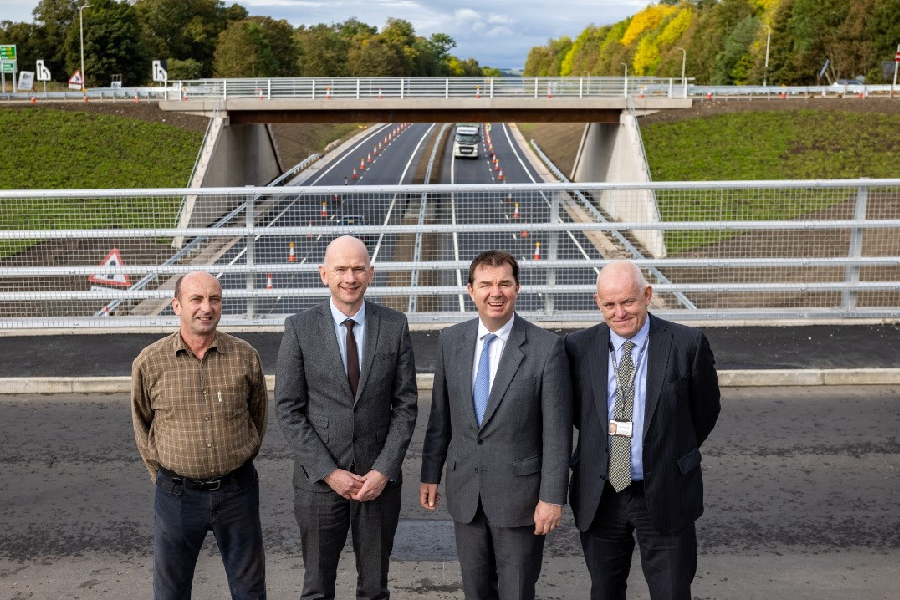 A congestion-busting junction improvement from National Highways which will support the economic growth of the north of England is now in its final stages.

The £30 million A69 Bridge End upgrade near Hexham, Northumberland, has seen a new stretch of dual carriageway built under the existing roundabout and the construction of two bridges to form a new junction.

The investment comes as part of the Government’s drive to level up transport in regions across the country.

On Thursday (7 October), MP for Hexham Guy Opperman and local councillors from Northumberland County Council (NCC) and Hexham Town Council visited the scheme to see first-hand the work that’s been done and the benefits it will bring.

“This scheme is a fantastic example of our commitment to levelling up transport across the country, and I’m delighted to see that works are nearly finished.

“Our £30m investment means traffic can now flow freely along the route and in and out of Hexham and has put a stop to through traffic needing to navigate the junction at Bridge End. This will give a real boost to the local economy and provide residents with quicker, safer and more reliable journeys.”

“We are delighted to celebrate this important upgrade being open to traffic, which is part of our multi-million pound investment into the region.

“The A69 is an important route between Newcastle and Carlisle that provides a link between the north east and north west of England and is heavily used by hauliers and commuters.

“The section between Hexham and Newcastle is a busy traffic hotspot, particularly at the Bridge End roundabout and will improve access into these areas, saving regular commuters up to an hour every week.

“It will improve journey times and make them more reliable by allowing through traffic to pass freely through the junction, improve safety, provide better access from the A69 and into Hexham, and support economic growth within the north of England.” 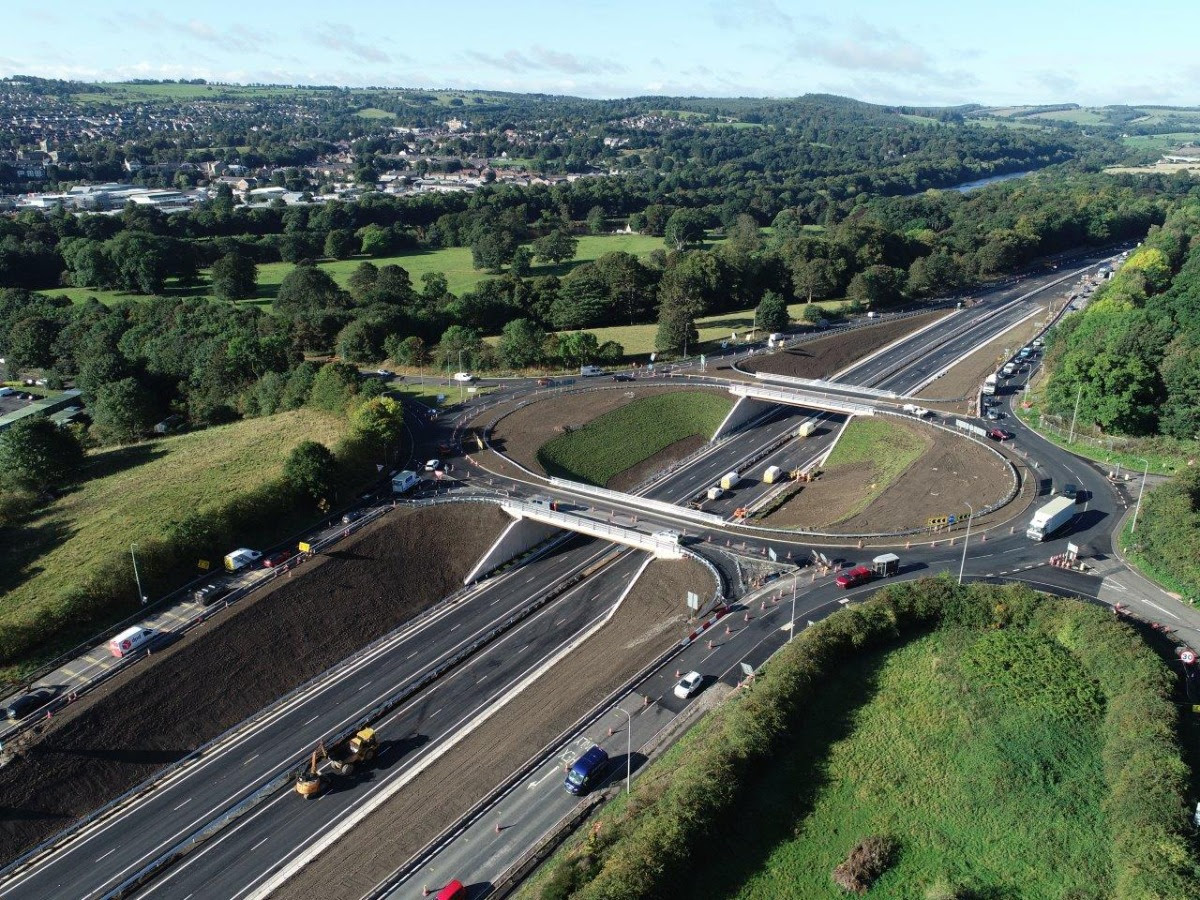 The roundabout opened to traffic mid-September followed by one lane of the mainline A69 at the end of the month.

“This scheme is further upgrading and improvement of the A69. There’s more to do but this is a great start.

Some 80 per cent of the workforce for the project were from the North East, with half of those coming from north of the Tyne. Local suppliers were used wherever possible.

More than 200,000 tonnes of earth were excavated 11 metres below the old roundabout for the new A69.

Around 51 miles of steel reinforcement was used in the new structures which if to be laid end to end would stretch from Hexham to Holy Island. Due to the restricted size of the site, each new bridge was not built in its permanent position but build about 150m away and then driven into place on special multi-axal vehicles before being lowered into their permanent positions. 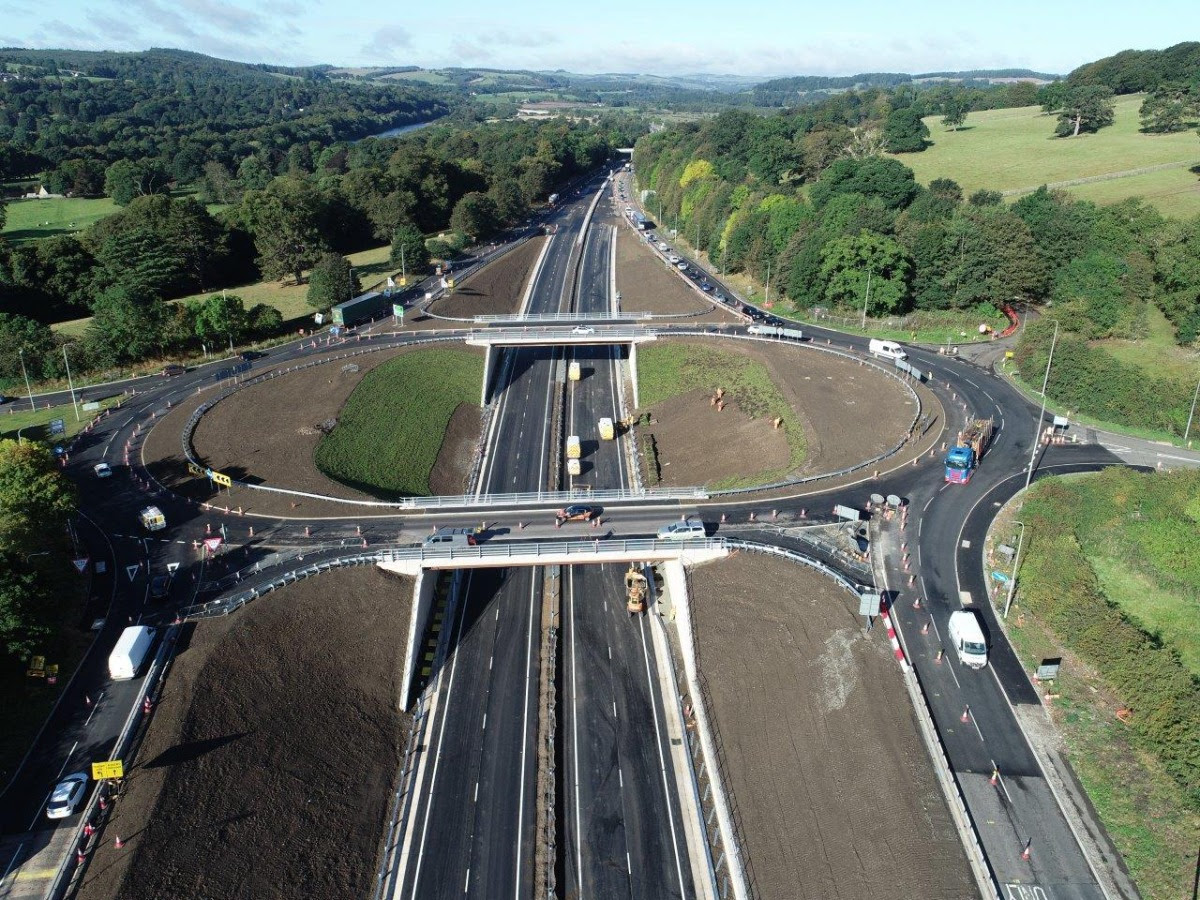 “We welcome the completion of this work which will improve east/west journeys on this very important route and also improve safety and reliability for all road users. The A69 is an important strategic road which connects our region’s ‘Energy Coasts’, links to wider networks including the A1 Newcastle/North East and M6 Carlisle/Cumbria, and is also a busy and important freight route.”

National Highways would like to thank principal contractors Tilbury Douglas and all those involved in delivering this project so far, as well as the local community and drivers for their patience while this vital project is carried out.

Over the coming weeks there will be final work carried out which includes road surfacing where lane closures will be in place and some overnight closures required.

In addition, a new drainage road crossing is to be installed on Saturday 16 October, where a 24-hour closure is planned for the westbound exit slip road. It has not been possible to install this crossing until both the roundabout and main line became operational. 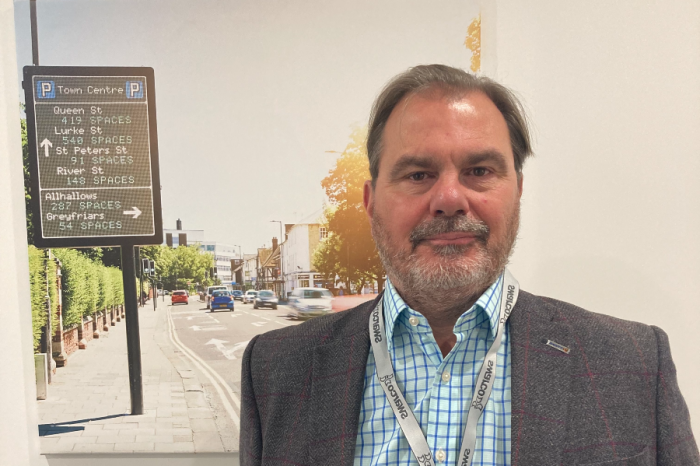 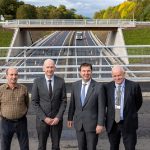