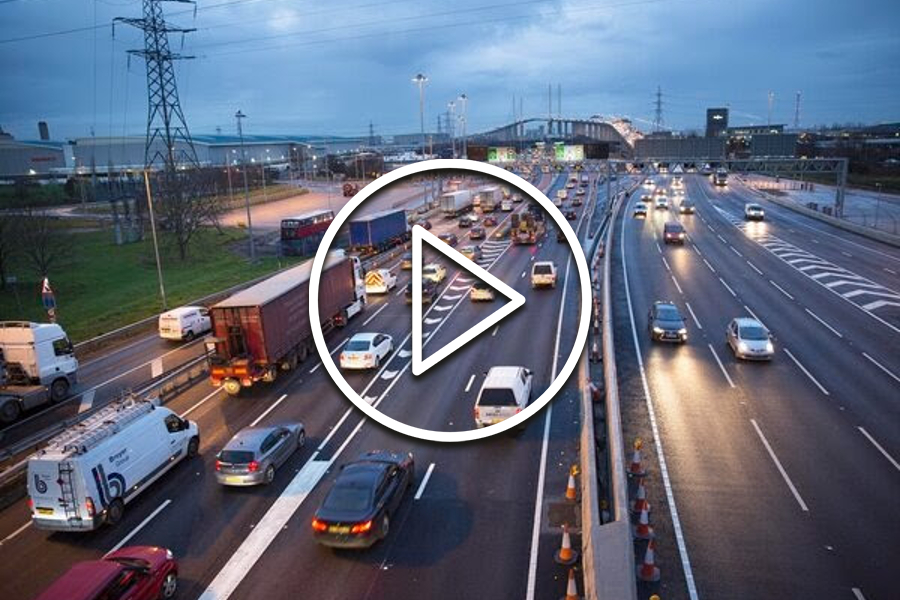 A new animation released by National Highways (Wednesday 10 August) shows the unprecedented levels of traffic that use the Dartford Crossing every Friday, which causes congestion and frustration for tens of thousands of motorists and local communities.

One of the UK’s most vital transport links, the Dartford Crossing is the only road crossing of the River Thames east of London. It connects key ports, distribution hubs and manufacturing centres, with almost 40% of vehicles using it carrying goods, far higher than anywhere else on the Strategic Road Network (SRN). It plays a key part in daily life, keeping supermarket shelves stocked and supply chains moving, as it transports 70% of all goods arriving at the Port of Dover. However, it is also one of the UK’s most congested and therefore unreliable roads, causing misery for motorists and acts as a handbrake on the national economy.

The Dartford Crossing opened in 1963 with a single tunnel, before a second tunnel was added in 1981 and the Queen Elizabeth II bridge in 1991. Demand has increased dramatically, from around 2 million vehicle crossings a year when the first tunnel opened, to well in excess of 50 million today. Designed for 135,000 vehicles per day, it is now operating over capacity and is regularly used by over 150,000 vehicles per day. More than 180,000 vehicles use Dartford Crossing on its busiest days – expected to be the norm by 2041 as demand continues to rise.

Despite one of the largest traffic teams in the country working around the clock to keep it moving, the huge demand on the Dartford Crossing makes it one of the most unreliable sections of the Strategic Road Network, with over 3000 incidents reported a year. The road suffers from severe congestion, with tailbacks that spread for miles along connecting major roads such as the M25, A13 and A2 as well as causing gridlock on local roads. This leads to poor air quality in areas such as Dartford due to the volume of slow moving and stationary traffic.

Data shows that Fridays at the Dartford Crossing see sustained high volumes of traffic and congestion, from mid-morning well into the evening.

On a typical day the levels of congestion means:

Matt Palmer, Executive Director, Lower Thames Crossing said “There has never been a more urgent need to address the problems at Dartford Crossing and keep the UK economy moving. The best and only solution is the Lower Thames Crossing – it will take over 13 million vehicles off the Dartford Crossing each year, meaning journeys across the River Thames will become quicker, more reliable and less stressful. The benefits will be felt by businesses and individuals alike as new opportunities open up, as a result of reliable journeys. Our economy will receive a much needed boost, as the Lower Thames Crossing will allow businesses the certainty they need to operate and grow and for people to access jobs on both sides of the Thames.”

Tim Aker, Development Manager for the Federation of Small Businesses (FSB) in Kent and Medway, said: “At every consultation, FSB members have supported the Lower Thames Crossing in huge numbers.  The current congestion that we face on a regular basis costs SMEs money, time, and prospects.  Businesses in Kent shouldn’t have to second guess new opportunities depending on whether the congestion from the Dartford Crossing will affect their journeys.  Our members believe this project cannot come soon enough.”

Tom Cornwell, Policy Lead, Road Haulage Association (RHA) said: “We believe that the Lower Thames Crossing project is good for our industry.  The roads are the workplace of the drivers of our industry and our members need to experience a road network that is congestion free and has consistent, reliable and predictable journey times.  The Lower Thames Crossing will contribute towards achieving this objective.

Kate Willard OBE, Estuary Envoy and Chair of the Thames Estuary Growth Board said “Traffic at Dartford Crossing is causing huge pressures locally, impacting air quality, and very literally slowing the economy. Its hugely important that we find a solution. The Lower Thames Crossing presents a great opportunity to improve connectivity across the river, unlocking travel and growth in the Thames Estuary region and the country as a whole. As a carbon neutral pathfinder project it is also a brilliant opportunity to raise the standard for green construction across the UK from right here in the Estuary.”

National Highways and its contractors have a dedicated team of 300 – including 100 traffic officers – that manages the Dartford Crossing 24 hours a day, 365 days a year, to keep it maintained and moving, the biggest team per mile of road in the UK. Planned maintenance of the crossing takes place at night to minimise impact on journeys, but as traffic volumes grow, this becomes harder to achieve. Despite these efforts, congestion remains, and a new solution is needed to keep the country moving.

The Lower Thames Crossing will almost double road capacity across the Thames east of London and take 13 million vehicles off the Dartford Crossing every year to ease congestion and improve air quality in the region. It will create a reliable new free flowing link, able to be used by all types of vehicles, including Dangerous Goods Vehicles (DGVs) and oversized vehicles, which are currently constrained at Dartford Crossing. National Highways intends to submit its Development Consent Order for the Lower Thames Crossing later this year. 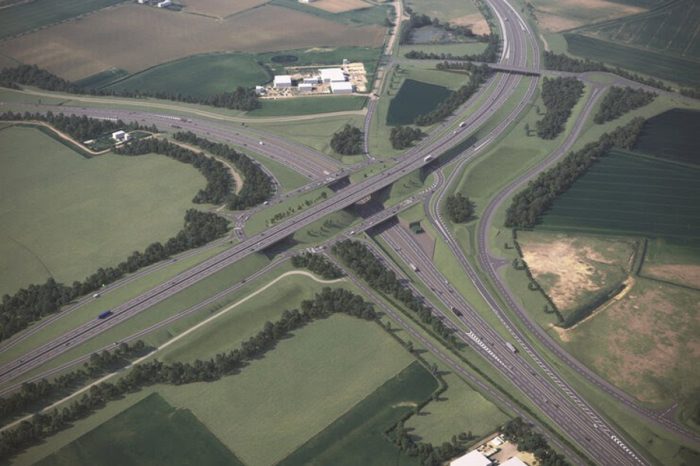 National Highways plans to transform journeys between Milton Keynes, Bedford and Cambridge given the green light 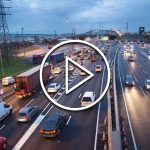