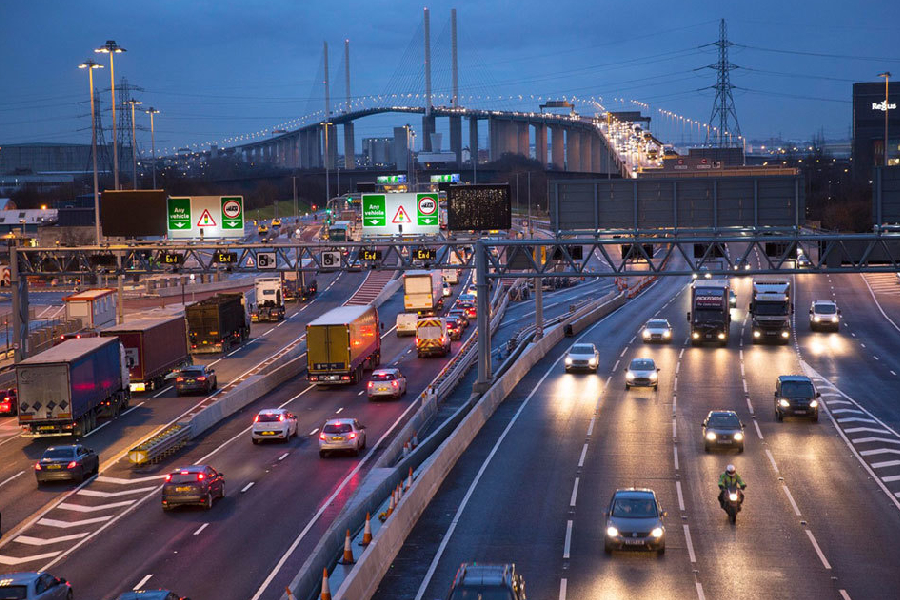 The crucial role of the Dartford Crossing in keeping goods and people moving during and after the peak of the Covid-19 pandemic has been revealed in new data released by Highways England.

The figures show that despite the unprecedented restrictions put in place in England, the crossing regularly carried more traffic than it was designed for and now carries more food and goods than ever before.

The Dartford Crossing is one of the UK’s most important strategic roads, linking some of the country’s key manufacturing centres, distribution hubs and ports. Built almost 60 years ago, it has a total design capacity of 135,000 vehicles a day, but it carries more than 180,000 on its busiest days.

The new traffic data highlights that whilst the measures put in place to manage the Covid-19 pandemic had a dramatic impact on traffic levels throughout the UK, traffic has quickly returned to levels last seen before the pandemic.

“The Covid-19 pandemic has had a momentous impact on every part of our daily lives including when and how we travel. Throughout the pandemic the Dartford Crossing played and continues to play a crucial role in almost everything we do from delivering essential goods to our shelves and our doorsteps, to visiting friends and family or getting to work. These figures show the case for the Lower Thames Crossing is stronger than ever, the changes as result of the pandemic although having dramatic impact on traffic more widely, have not impacted the strategic traffic crossing Dartford, this only reinforces how crucial crossing the Thames is to our way of life.

“Despite improvements and 24-hour monitoring, the Dartford crossing is still over design capacity and that inevitably causes congestion and delays. The Lower Thames Crossing would almost double road capacity crossing the Thames east of London, providing a reliable connection that will add billions to the economy. But it also has a more immediate role in the economic recovery from Covid-19 by creating tens of thousands of jobs and hundreds of opportunities for local people and businesses in its construction.”

This update comes as a new survey revealed that almost nine out of ten Dart Charge business account holders support the proposed Lower Thames Crossing, which would relieve congestion and improve air quality by diverting over 13 million vehicles away from Dartford every year.

The Dart Charge business account survey found that 88% of the 2,299 businesses who responded to the survey support the Lower Thames Crossing. 82% believe that current traffic congestion is a major challenge for their business, and 89% said they would value an alternative road crossing of the River Thames, east of the Dartford Crossing. The businesses surveyed included household names, major industry and small businesses from across the UK.

“We lose up to 20 hours a week on each vehicle due to congestion. The Lower Thames Crossing will provide major relief by removing a large amount of traffic travelling east from the present crossings.”

The proposed Lower Thames Crossing will almost double road capacity between Kent, Thurrock, Havering and Essex. It will add billions to the economy by creating a reliable new connection between people and jobs, businesses and customers. It will also play an important role in the region’s recovery from Covid by employing over 22,000 people and upskilling local businesses during its six-year building phase.

The ambitious proposals will also help the region build back better by improving air quality across the region, creating over 500 hectares of improved habitats for wildlife, as well as new greenspaces for local communities including a community woodland, two new public parks, and over 46km of new or improved public pathways.

Highways England is in the middle of its Community Impacts Consultation for the Lower Thames Crossing, which runs from 14 July until 8 September, before submitting a Development Consent Order application later this year. If given the green light, construction is expected to start in 2024 and take around six years, with a target opening date between 2029 and 2030.

Original source article: https://www.gov.uk/government/news/new-data-reveals-dartford-crossing-carrying-more-food-and-goods-than-ever-before
Disclaimer: This article was not originally written by a member of the HighwaysIndustry.Com team. 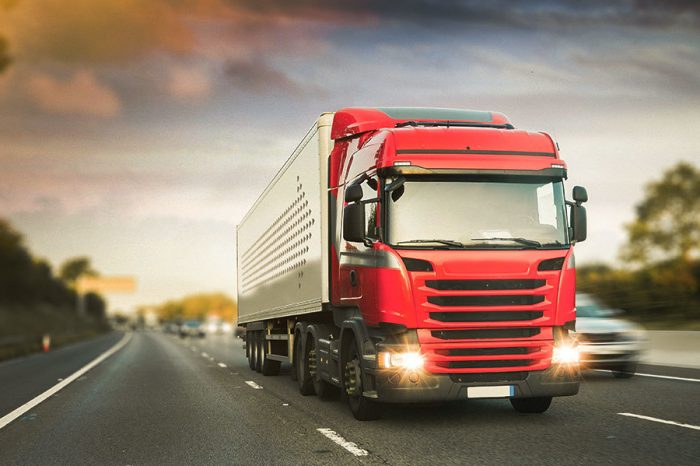 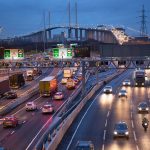