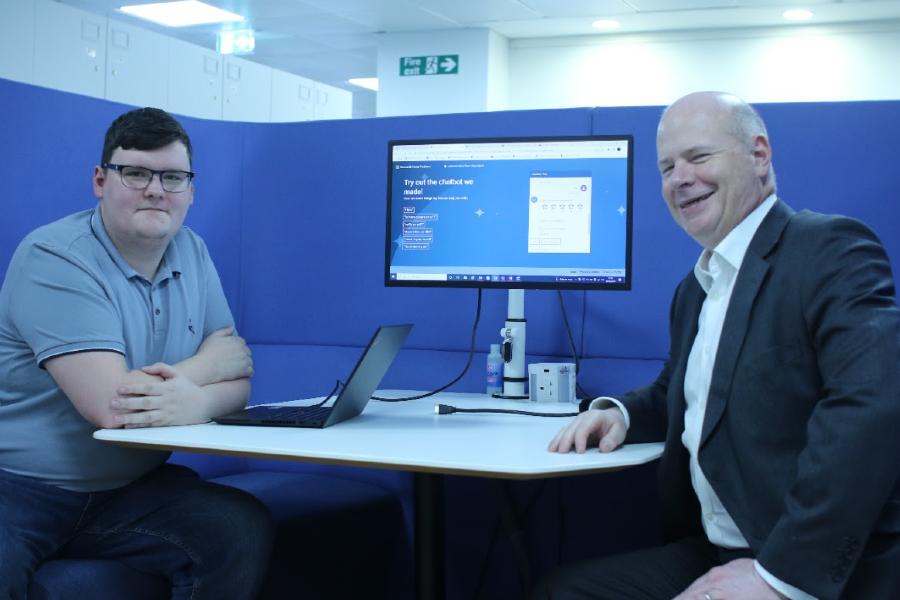 An intern who saved National Highways thousands of pounds in just three months with his computer know-how has now been given a permanent position – and was welcomed to the business by the Chief Executive Nick Harris himself.

Nick was so impressed when he heard about the success of intern Vadims Seimanovs that he wanted to meet the new recruit face-to-face and see his development for himself.

During just a three-month internship, data science student Vadims developed a computer chatbot that can give people real time traffic information about any part of National Highways’ road network.

He saved the company thousands of pounds in early development costs and resourcing.

To congratulate 23-year-old Vadims personally, Nick made a surprise appearance at a meeting of the data science team held in Birmingham. He said:

“It was a pleasure to learn about the chatbot which will be a real asset for people using our roads. I look forward to it going live and to seeing what more this enterprising young man has to offer.

“Vadims demonstrated the talent and drive we look for in a new recruit and will be an asset to the data science team as we navigate the digital revolution which is transforming how our roads are built, designed, operated and used.”

Vadims was one of three Data Science MSC students from the University of Salford who spent 12 weeks working with National Highways. They joined the data science team working on specific projects with Vadims focusing on the chatbot.

The chatbot is an online tool which is being developed to support the Customer Contact Centre offering another way to interact with National Highways, answering inquiries and providing information including latest travel news.

He trained it to understand the kind of questions people might ask to provide the right answers. The Digital Services and Operations teams are now working together with the CCC to further develop the chatbot so it can go live on the website.

“I was interested straightaway in developing the chatbot because it is something that helps people to navigate their journeys and makes life easier.

“The internship was a good experience – I used new technology, got an insight into how National Highways works and enjoyed working with the Data Services team who were very friendly so I was really pleased to get a job here.

“It was a big surprise to meet the CEO of National Highways, I was very nervous at the start but he seemed really interested in what I had done with the chatbot and we had a nice conversation.”

In his new role as a data scientist, based in Manchester, Vadims will be working as part of a team producing innovative data and digital products that will make a real difference to the way National Highways works.

“The data science recruitment market is really competitive. We have to think about innovative ways to get the best possible people into National Highways and do focus on bringing in early talent.

“The enthusiasm and willingness of the interns blended really well with the experienced members of the team and our supply chain partners. It has given us an excellent work dynamic.” 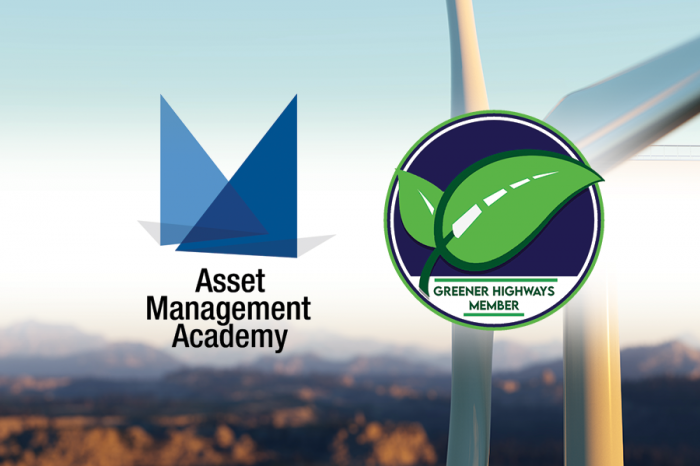 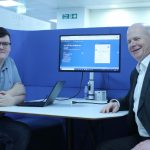