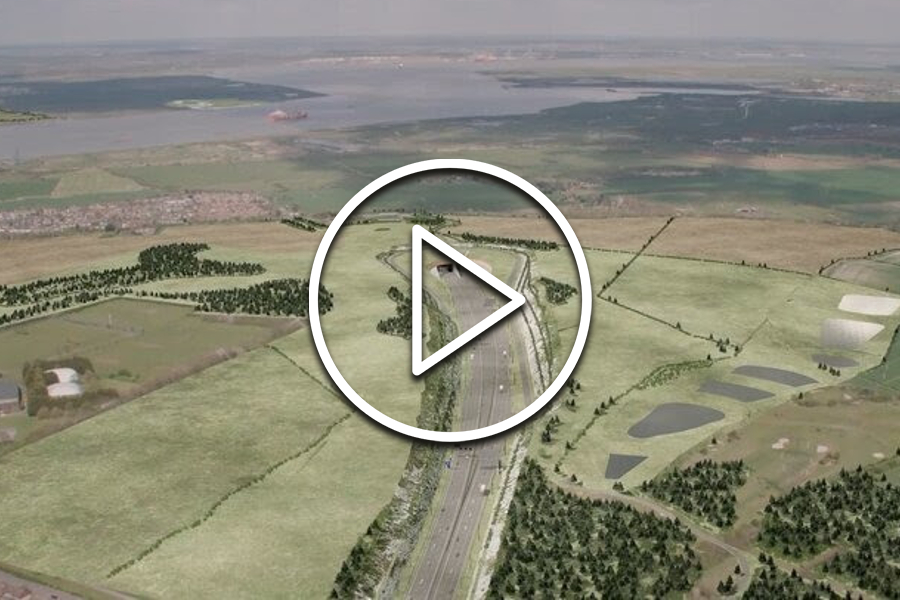 National Highways has today (9 January) released a new video fly-through that illustrates the route of the Lower Thames Crossing, as the Planning Inspectorate opened the period for members of the public, stakeholders and landowners to register to take part in the next stage of the planning process.

The new fly-through shows a bird’s eye view of the proposed Lower Thames Crossing, which would provide a reliable new connection between the A2 in Kent to the M25 in south Essex. The design of the road has been shaped by the most comprehensive programme of consultation and engagement ever undertaken for a UK road scheme. 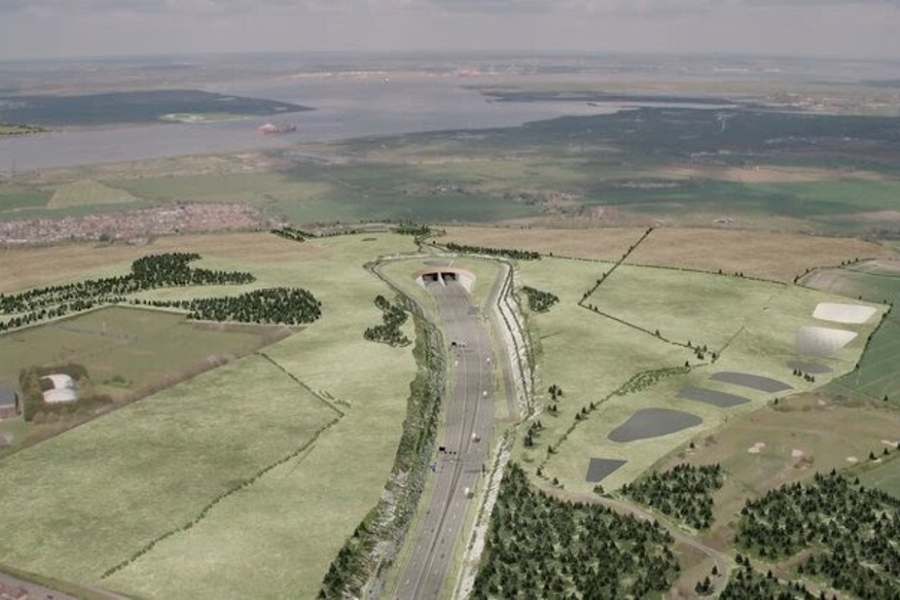 The fly-through uses a 3D computer model of the new road blended with real video footage to show how the route has been designed to sit sensitively in the landscape with 80% of the road below ground level through the use of cuttings, embankments and the tunnel. The video also shows the scale of proposed planting and public open space, including two new public parks, seven green bridges and over 1 million extra trees.

Changes made to the design in Thurrock and presented in the project’s last consultation are also included in the fly-through, such as changes on the north bank of the Thames to make space for the Thames Freeport, and changes to the connection between the Orsett Cock roundabout to the A1089 to reduce traffic impacts on some local roads. 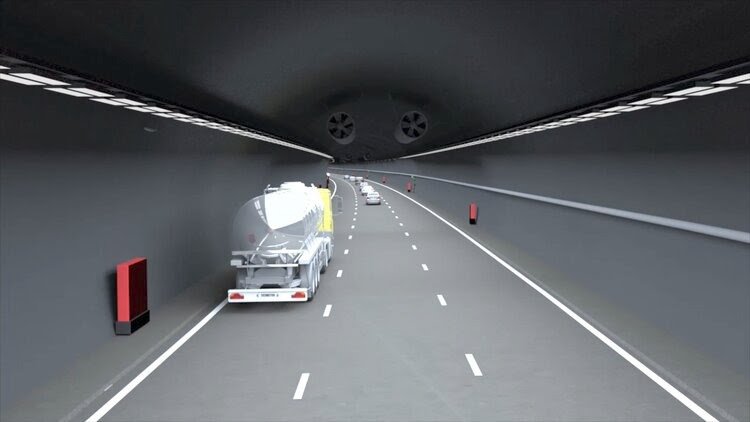 Matt Palmer, Executive Director, Lower Thames Crossing, said: “Our plans have been shaped by a comprehensive programme of consultation and will now be examined in detail by the government’s independent planning authority. I’d like to thank members of the public and stakeholders for taking the time to give their views, both in the past and during this planning process.” 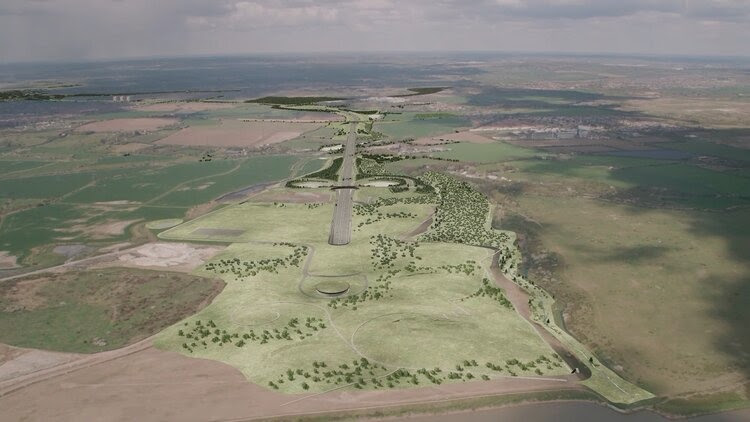 Revisions to the Tilbury Fields aim to maximise the Thames’ shoreline

The proposed Lower Thames Crossing will almost double road capacity between Kent and Essex through the UK’s longest road tunnels. It will ease congestion on the Dartford Crossing which is one of the UKs most vital but congested roads, as well as help unlock the huge growth opportunity of the Thames estuary creating a reliable new connection between people and jobs, and businesses and their customers and suppliers.

National Highways is designing the Lower Thames Crossing to be the greenest road ever built in the UK. A tunnel was chosen rather than a bridge to avoid protected wetlands and marshes, seven green bridges would provide safer crossing points for people and wildlife, and viaducts are planned to protect a nearby flood plain.

Over 60km of new or improved pathways would be made available for walkers, cyclists and horse riders. The scheme is also a Pathfinder project, exploring carbon neutral construction, and is the first UK major infrastructure project to put carbon reduction at the heart of its procurement process, where contractors incentivised to drive down carbon at every step, and throughout the supply chain. 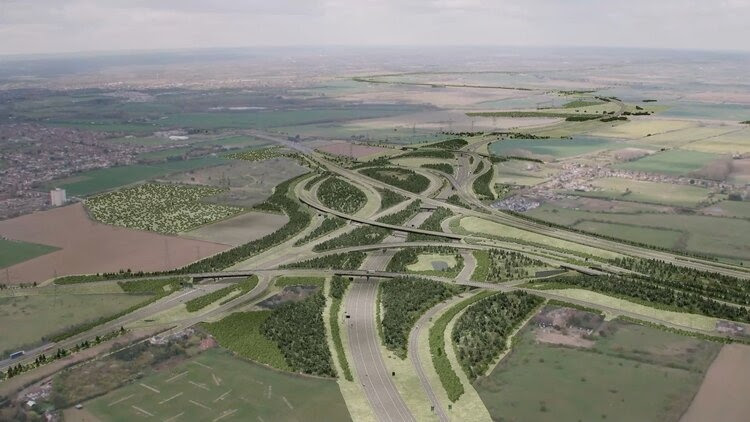 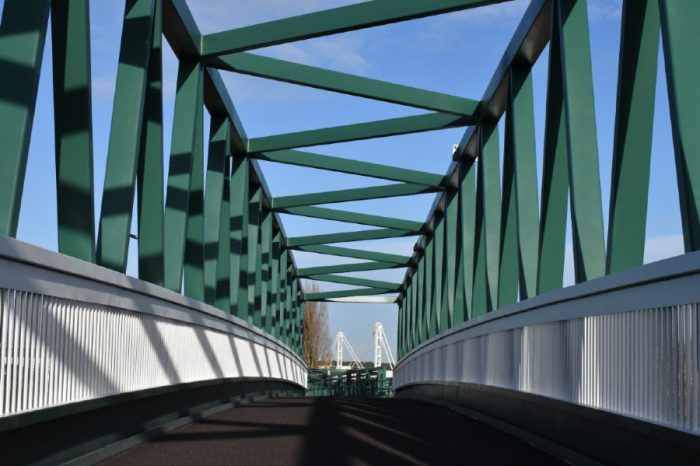 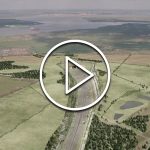